The exhibition, at the Vigil Gonzales gallery in Valle Sagrado, brings together the work of seven Latin American artists who question the generalizations imposed on the countries and cultures of their region, and address issues such as politics, neoliberalism, and the art market. 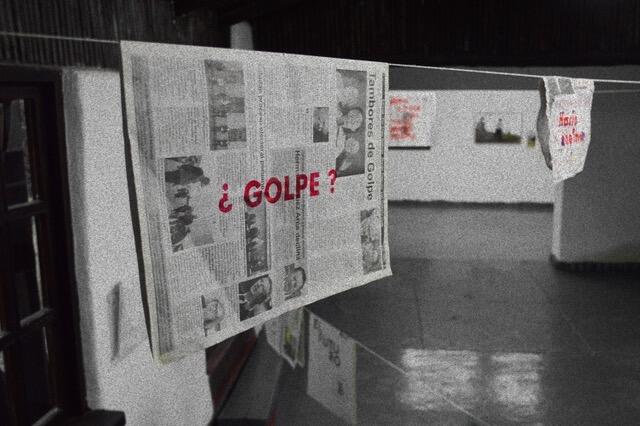 The curator, Valentina Gutiérrez Turbay, uses an excerpt from From the Media to the Mediations, by Jesús Martín Barbero, to show that the erroneous homogenization suffered by the continent is installed in the social and consuming mass but that begins with the media and intellectuals.

The heterogeneity of which most of the countries in Latin America are made will undergo a strong process of functionalization. Where the cultural difference is big, unavoidable, originality is displaced and projected on the whole of the Nation. Where the difference is not so “big” as to become national patrimony, it will be “folklorized”, offered as a curiosity to foreigners.

“This characterization of Latin America as a paradisiacal, underdeveloped and banana region has been useful for the local bourgeoisies to make agreements with large multinationals to continue exploiting the soils and the inhabitants, either as cheap labor or as native peoples destined to beautify a postcard." Gutiérrez Turbay postulates, and adds that "This form of relationship between the leaders of the region and the people is closer to feudal relations than to those of a social agreement typical of a modern country"

From this perspective, the works in Mapas nocturnos para pensar América Latina (Nocturnal Maps to Think Latin America) aim to highlight the regional and cultural differences that can be found in Latin America without neglecting the common problem: the view that is had of it from the central points of the West.

In this way, the role of the artist/creator assumes the elementary function of not only expressing but also making its voice and each of its nuances heard. The curator puts it like this: “Contrary to what many people who are not interested in the development of local scenes may believe, Latin American artists make art to position themselves, to be part of the conversation. In a region where large capitals are more interested in buying the next trendy painter in the United States, local artists have the freedom to think and produce for their peers and for those who seek to relate to critical discourses."

With the focus no longer on consumption, the show illuminates Latin American production both to celebrate its artists and to give an account of the different conflicts that are experienced in the continent and that should not be reduced to a single representation. 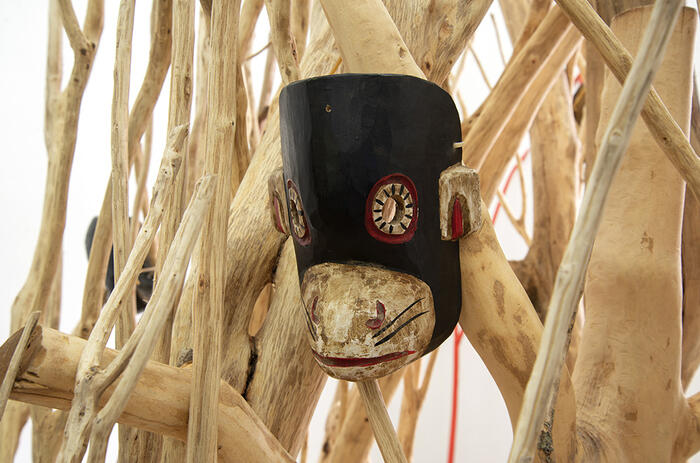 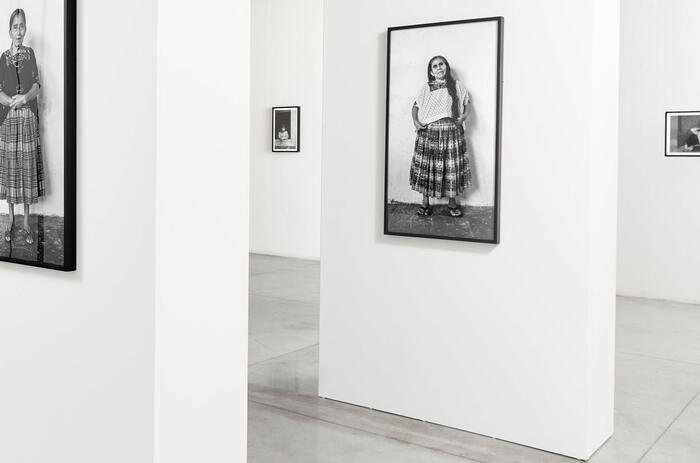 Probably anyone who is interested in the visual arts within the Latin American scene will be familiar with the work of the Chilean artist Paz Errázuriz. Her impressive work is characterized, above all, in working, through photography, themes linked to oblivion, marginality and exclusion, showing a particular interest in portraying those people that society, for various reasons, has left aside. This year, Errázuriz took a privileged spot at the 22nd Paiz Perdidos Art Biennial Perdidos. en Medio. Juntos. (Lost. In Between. Together) and she presents during the months of May and June a solo exhibition entitled La grandeza del margen (The Greatness of the Margin). From this exhibition, I find especially notable the Trans Guatemala (2020) and Sepur Zarco (2020) series, two unpublished series where problems of great contingency are evident.

PAZ ERRÁZURIZ: THE GREATNESS OF THE MARGIN 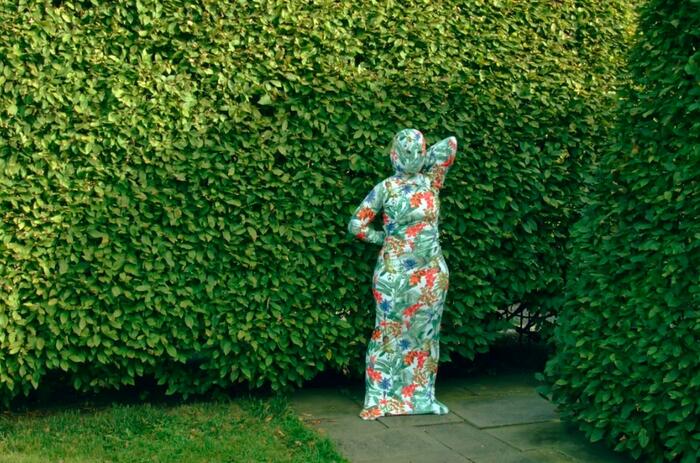 Guest curated by independent curator and art historian Cecilia Fajardo-Hill and produced by ANOTHER SPACE, the exhibition examines the dynamics of exclusion and violence affecting Latinx and Latin Americans, as well as artists’ strategies to embody justice and creative and personal freedom. Featuring artists from twelve different countries, diverse ethnicities, and multiple generations in a conversation around three intersecting themes: affectivity, justice and self/being

ABSENCE/PRESENCE: LATINX AND LATIN AMERICAN ARTISTS IN DIALOGUE AT ANOTHER SPACE NEW YORK 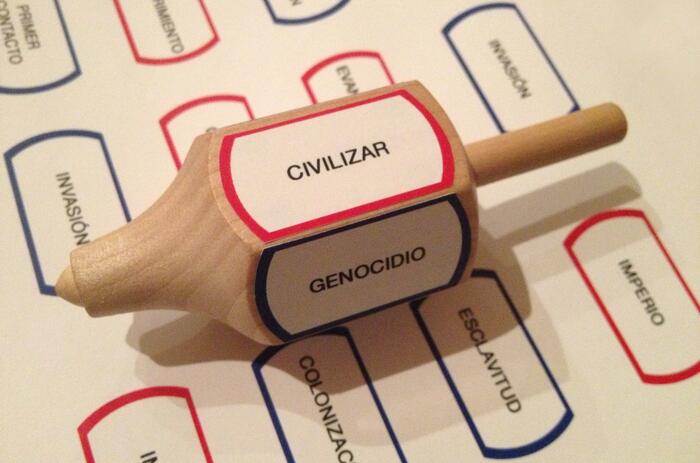 BIENALSUR 2021 arrives at the Francis Naranjo Foundation, in the Canary Islands, Spain with A New Order. Breaking Down Borders, an exhibition curated by Diana Wechsler, artistic director of the contemporary art biennial that celebrates its third edition in more than 23 countries, 50 cities and 124 venues in five continents. The exhibition, which can be seen until the end of September, is part of the curatorial axes Política del arte / Constelaciones fluididas (Art Politics / Fluid Constellations), in line with the exhibition Al Sur del Sur, which is on display in Malaga and Juntos Aparte, at the National Museum of Colombia in Bogota.

BIENALSUR CONTINUES TO BREAK DOWN BORDERS AND ACTIVATE A NEW ORDER 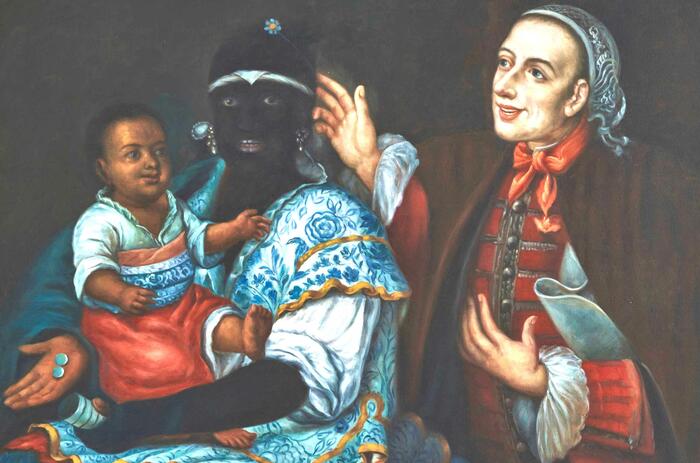