BEHIND THE IMAGE OF THE INDIGENOUS IN THE VISUAL ARTS OF EL SALVADOR. AFTER A CONSTRUCTION FROM CONTRADICTION

Article commissioned by Y.ES Contemporary, part of the 2019 Y.ES Artist Academy focused on arts writing, program led by Gabriela Poma. An iniciative of the Robert S. Wennett and Mario Cader-Frech Foundation, Y.ES Contemporary creates opportunities for outstanding Salvadoran contemporary artists to advance their artistic practice and engage with artists, curators, collectors, gallerists and the media within and outside El Salvador. 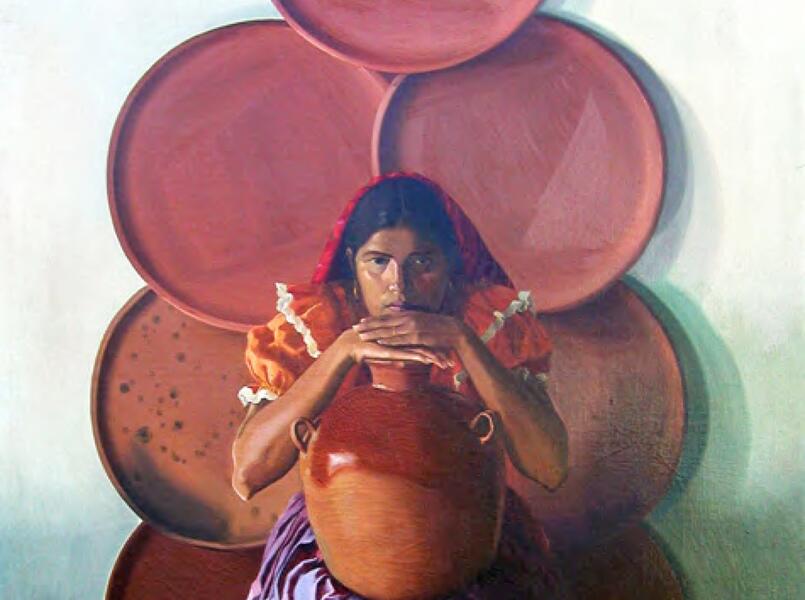 As a clarification: I do not intend to define the image of the indigenous people per se, but instead reflect on the indigenous as a concept to present elements that allow us to recognize how its representation as we know it today has been constructed historically, and how art has contributed to this. J.I.

In my book, A Construction from Contradiction, I approach different historical moments that exemplify contradictions in various aspects of life in El Salvador at the time of the  Martinato[1],including the national arts versus the reality of the indigenous/farmworker/communist [2]. In some texts, these concepts are often confused or used interchangeably.  As a result, they were confused in real life at that time, when indigenous people were persecuted and killed and branded as communists.

In 1932, during the Martinato period, a social uprising took place. In some texts this uprising was defined as commiunist [3], in others it was defined as an indigenous uprising [4], and in others still, as a farmworkers uprising [5], What this shows is how complex the issue was and is.  However, the massacre of 1932, which put an end to the uprising, has come to be considered a turning point in which many elements of indigenous culture were abandoned due to the persecution that later occurred.

The direction of my book is springs from Rafael Lara-Martinez's article Invención del cánon pictórico salvadoreño, where he emphatically points out the contradiction between the idyllic image of the indigenous found in paintings from the Martinato period in opposition to the murder of many indigenous people.

The image of the native in the arts is not a new theme, rather we can trace it back to illustrated records of the colonization of the Americas, such as the Tlaxcala codex where a small image of the Battle of Cuscatlán is shown, where the most precariously dressed natives are the Cuscatlecos.

Indigeneity, or the indigenous, did not exist until the arrival of the Spaniards who, to differentiate themselves from them, designated the local people with this term, since Christopher Columbus thought he had arrived in India. This constructed difference is important because it would become the base of government policy imposed during the colonial period.

By the XVII century, the difference becomes relevant when we come across a series of paintings in Mexico and Peru known as caste paintings. In them we can observe a categorization of the miscegenation prevalent at the time; moreover the attires depicted reveal categories of social status. It is clear that this stratification involved racial discrimination, which in turn sustained a system that  benefitted a particular race in the territory. -the Peninsulars or Spaniards-

To define the indigenous person from the image is a limited endeavor because, from the document Perfil de Los Pueblos Indigenas en El Salvador as well as from other research, it can be determined that "the indigenous person" is a compendium of cultural particularities with which a person identifies and not necessarily a summary of physical characteristics that can be represented in the arts. Even if some physical characteristics are related, they do not define them as such.

In that sense, an interesting fact found  in the study states that people who define themselves as indigenous are different from farmworkers: "The farmworker cultivates the land, the indigenous cultivates and protects it."  [6] This reveals a difference between these terms that have been used as synonyms more often than not.

In the arts, due to cultural syncretism, we are "limited" to recognizing the indigenous person through cultural elements and visual characteristics with which they are often identified, such as clothing, skin color, hair, and eye shape, among others.

Some physical characteristics, relating to context and clothing, begin to determine - through the image - "how indigenous people are". But clothing is determined by the territory, its climate, and its history. Therefore the paintings of castes have particularities depending on the context they represent (Mexico and Peru). This is why it is important to recognize the types of regional clothing in the paintings, as it helps us to build and recognize the image of the native.

A textual record of Salvadoran indigenous clothing from the sixteenth century has not yet been found, and the closest documentation of it is Dr. Ricardo Castellón's unpublished studies on textiles and fashion of the colonial era [7], the photographs of Carl V. Hartman from the end of the 19th century— that delimit the Nonualcos villages— [8], and Marciel Gudiel's documentation from the end of the 20th century [9]. Important gaps and cultural syncretism must be taken into account.

In his text, Castellón clarifies that “native” clothing in the sixteenth, seventeenth, and eighteenth centuries was rather scarce, similar to what we can observe in Hartman's photographs from the late nineteenth century.

As Castellón points out, the Spaniards imposed the style of clothing prevalent in the colonial era; these clothes were most likely adapted over time and cultural syncretism by the different social strata of the population. Little by little, some clothes correlate to different regions of the territory, some with more or less indigenous and/or Spanish influence.

Marcel Gudiel's documentation of local garments made from 1977 to 1980, in which he documents some of the country’s most elaborate garments —now used by the National Folkloric Ballet,— are an invaluable resource that facilitates contrast with the paintings of the first decades of the 20th century.

The image of the indigenous has therefore been built and consolidated throughout the twentieth century both via national visual arts as well as through the documentation of people in different places in our country. And the fact that Gudiel registers these garments as "indigenous" attire is an arguable example of the validation of the image of the indigenous.

It is clear that miscegenation and cultural syncretism were the basis for establishing the image of the indigenous people idealized in the Martinato era.  This construction is also transcendent because it receives the endorsement and respective dissemination by the regime while promoting these images s as a basis for the representation of the indigenous/farmworker  [10] —and in some cases also communist—  in the following decades.

A clear example of cultural syncretism in an evident and normalized way is found in the painting by Luis Angel Salinas Indigenous Children (1952) where a girl carries a basket on her head— a practice that derives from African heritage— while the boy carries uses his forehead —in pre-Hispanic fashion   to carry the tlameme.

Syncretism is a cultural transformation which, in painting, is reflected as a construction, adaptation, and normalization of characters or personages through time. Similarly, as part of the process of artistic creation and because the work of art does not need to reflect reality, the work of art will always be a subjective interpretation since it is an individual who constructs an opinion or version of a theme they develop in their production and process and not the opinion of a collective.

The fact is that artistic production -even more so in the 20th century-, is determined by the artist and their particular interests and this is what gives value to it and differentiates it from many other forms of production. In this sense, interpreting artistic creations and processes is what gives meaning and value to these manifestations.

Understanding the above, and in contrast to the guidelines in the book Una construcción desde la contradicción, the interpretations we can make of the art produced during the  Martinato (like those of any period) can be subjective and influenced by our particular context and experience. This does not, however, limit their relevance.

From the aforementioned in previous paragraphs, we could consider the "indigenist" paintings as an "individualized documentation" and idealized (most likely in many cases), of the image of the "Indigenous people" at the time.

In this sense, if the artist can recreate their reality through the arts, such could affect our perception of reality in the future, which is why the image of the indigenous person is currently closer to the syncretism previously explained, recognizable in Salvadoran painting, more than to the reality existing before the colony. This does not have to detract from artistic production, since it is a reflection of the constant evolution and adaptation of culture, and of our own identity.

Therefore, if artists want to identify themselves as indigenous, and represent such identification and idea of the indigenous, could such be a valid documentation of indigeneity? Because identifying elements are used in their production— regardless of it being a construction—some artists also  identify with certain particularities and stand out in a foreign context, as is the case with the photography of Julia Díaz.

From this perspective, the construction of the image of the indigenous in Salvadoran art, as well as the term indigenous, seems to me as precarious as the European ancestry of many Salvadorans today. Since there has been so much racial mixture and cultural syncretism throughout the last 500 years in our territory, genetically speaking any of these or other options are minimal. And yet, it is the visual reference that we continue to use and that will continue to change.

Although it may seem naive, in reality, we cannot rule out the creative freedom of the artist as a determining factor in the reconstruction of the image of the indigenous, nor can we rule out the possibility of coercion by the Martinez regime. As mentioned in the book, A Construction from the Contradiction, the first painting that refers to the martyrdom of the Indigenous/farmworkers, is The Crucifixion by Noé Canjura dated, 1946 according to Roberto Cea[11], two years after the fall of the regime.

I can't help asking myself: Is it possible that the artists of the time documented what they considered to be the image of the indigenous people before they were eradicated by the repressive measures of the Martinez regime? An even riskier question would be: Can we consider this type of work a reflection of the repression of artists by the regime?  Since testimonial works only happen later, according to the paintings found (even if  the links between these and the regime are demonstrable, at least in the first years of the regime), I consider these to be questions that allow us to continue building from the contradiction.

[1] Ruling period of the dictator Maximiliano Hernández Martínez from 1931 to 1944, in El Salvador, Central America. 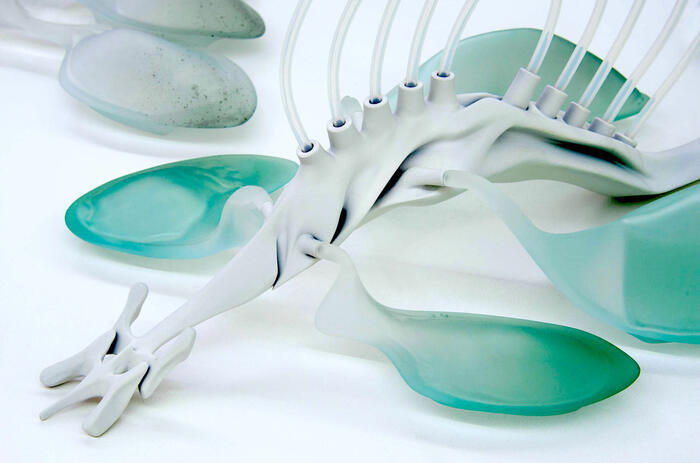 Open to the public from March 12 to June 13, 2022, this major international contemporary art event under the title rīvus will be articulated through a series of conceptual wetlands and imagined ecosystems populated by artworks, public programs, experiments, research and activisms, following the currents of meandering tributaries that expand into a delta of interrelated ideas. 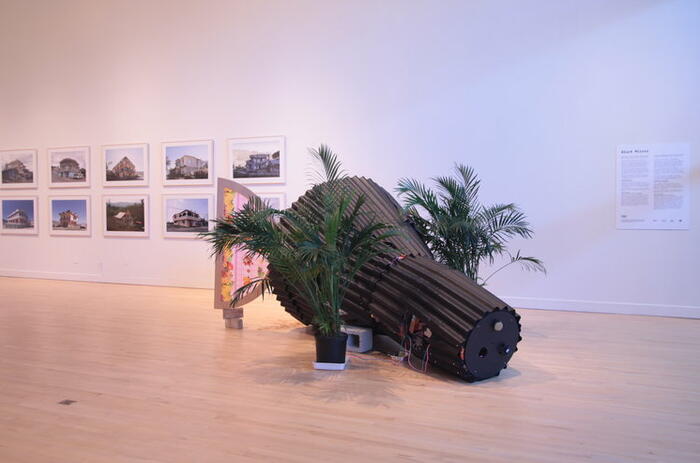 The Y.ES annual grant for Art Writers aims to promote art criticism by supporting coverage of contemporary practice in and about El Salvador. This year, a grant of $500 is awarded to a writer from anywhere in the world to produce an article to be published on Terremoto’s international online platform. Application deadline: July 15, 2021