In the Sasha D gallery’s stand, directed by Alejandro Dávila, thirty-five copies of an intervened frames series by Carlos Alonso ―produced for the screening of the experimental film De lo que no hay (1960) ― are shown for the first time. Written and directed by Alejandro Mathe, the film, of which little was known at that time, is an example of the artistic avant-gardes that characterized the Argentine scene of the 60s and 70s. 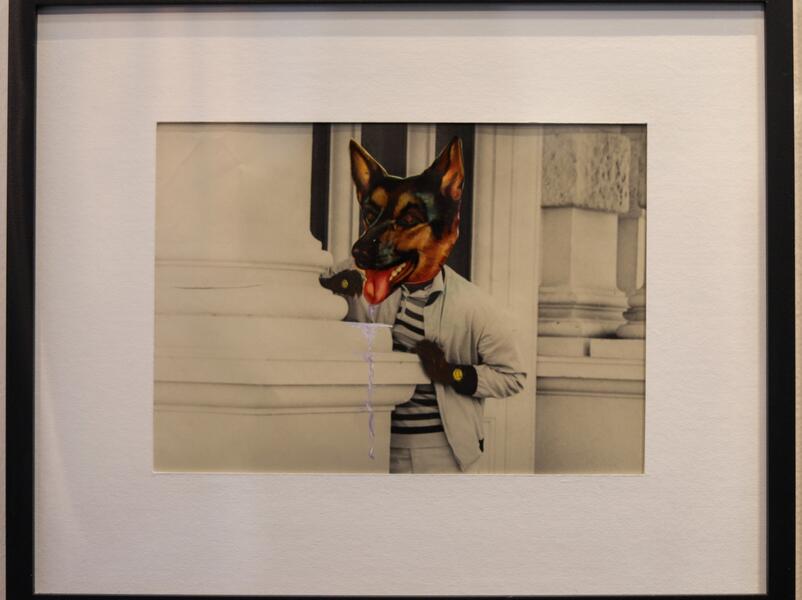 Although there is documentation of multiple films made independently in the middle of the last century, the archive that presents the art space from Cordoba province attracts attention due to the cross-discipline technique in it. Applying his interventions directly on the negatives, Carlos Alonso (Mendoza, Argentina, 1929) - under Mathe's tutelage - fused painting and collage over film negative, an unusual resource for the time. "Anyway, I think Carlos took certain licenses when the negatives intervened," says Marta Rivero, from Sasha D. "In the gallery we have sixty-eight frames intervened, but with Alejandro ―director of the gallery, son of the painter Miguel Dávila― we decided to present these in the form of a coherent story,” she adds.

All the copies that constitute this work by Alonso gave rise to an investigation by Sasha D's team. In order to find and discover what happened with that movie, Dávila and Rivero met with the painter in Buenos Aires. “What Carlos told us was that the interventions were part of the movie. But he does not remember what it was from production, he told us that it probably has not been completed due to a lack of funds,” Marta explains. With a quota of discovery and another of mystery, the frames of De lo que no hay are a museum piece that is part of the work of one of the most influential artists of Argentine contemporary art.

On the one hand, the recent appearance of this archive highlights Alonso's inventiveness and his advanced vision of expressive forms, placing the Argentine artist in what Alfred H. Barr - art historian and first director of MoMA - defined as art genuinely modern: "that of rupture, original and challenging", as opposed to a "safe and academic" art. On the other hand, Mathe's unfinished movie ―starring Juan Carlos Nassel and a very young Julia Elena Dávalos― is also a historical document in relation to the history of Argentine cinema and plastic arts that had a critical look at the forms and the contents of the predecessor productions.

De lo que no hay, in the stand of Sasha D in BAphoto 2019 is, precisely, of what there is not usually in the current fairs: an artwork with historical, technical and, of course, artistic value that, moreover, was never exhibited before.

Tickets: Acquisition at La Rural box office only during the days of the fair.