The famous German gallery Thomas Schulte presents an individual booth dedicated to the artwork of Alfredo Jaar. The four selected projects of high political content were selected by the artist himself.

As in any art fair, the over-exposure of oeuvres without thematic coherence obfuscates the thematic lines of the artists, whose productions are lost in an images arabesque. In this way the art fairs show the obscure corners of the current artistic scene: a scene not so much dominated by the demands of the market, but as an accomplice. However, the proposal brought by Maribel López, director of ARCOmadrid 2020, has resulted in many galleries presenting individual artists' booths and, consequently, imposing intellectual values over economic revenues ―  as sadly as possible, obviouslly. According to this, it is worth highlighting the sector Thomas Schulte gallery (Berlin) dedicates to the Alfredo Jaar’s (Chile, 1956) artwork. 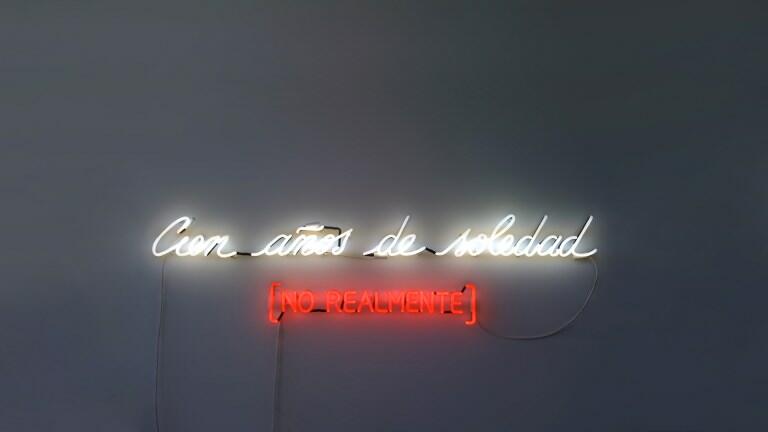 As the gallery representatives at the fair explain, the exhibited works were selected by the artist. All of it with a high political content refer mainly to the political crisis called the Revolución de los 30 pesos (The 30 pesos Revolution) that Chile is going through these days. In that context two fundamental projects of Jaar appear: ¿Está usted feliz? and Faces.

In the midst of General Pinochet's dictatorship (1973-1990), a 23-year-old Alfredo Jaar took to the streets in a public survey on happiness. Distributing long scale billboards with the question “Are you happy?” around the city, the young artist moved the artistic spaces to the street ― public spaces which were taken by military government ―  to resist censorship and restore freedom to citizens. Later, exiled by the repression and rejection of the national artistic circle, Jaar recovered photographs of foreign media regarding the murders in Chile. Thus, the Faces series exhibits the faces of relatives and strangers who attend burials to reflect the horror on those who lived in their own flesh repression: a response to the anonymity of the victims and a demonstration that all photography, by the mere fact of interpreting a specific historical context is a political gesture.

The other two works, although they operate in similar lines, are stained with a much greater tone of denunciation regarding the imposition of the American political model on South America. Cien años de soledad (One Hundred Years of Solitude) is a sign composed of two phrases: "One Hundred Years of Solitude", illuminated with white neon letters, and "Not really", in red letters. Quoting Gabriel García Márquez's novel title which marks the beginning of the Latin American Boom, Jaar places a grim and bloody cry that refers to the manipulation of Latin American political systems by the United States. Under the sign lies the fourth ouver, September 11, completing the meaning of the former one. Appropriating a 1973 Coca Cola calendar, Jaar intervenes on this by repeating date 11 throughout the calendar since September 11, when Pinochet ― with the support of the White House ― takes power. The tragic date is repeated until December 31st and contrasts with the “happiness” oriented market strategies expressed by the company's calendar.

Why talk about Alfredo Jaar in the framework of ARCOmadrid 2020? For two very clear reasons. First of all, ¿Es usted feliz? questions not only the current Chilean situation, but also the Latin American political scene in general, from a perspective of liberty. Secondly, among so much contemporary artworks empty of content ― and I am making a rude generalization here ―, the works of this great Chilean artist teach us to put an eye again on the essential and to reconsider art as a political tool, both individually and collectively.