The Words We Won’t Say at MANA Wynwood 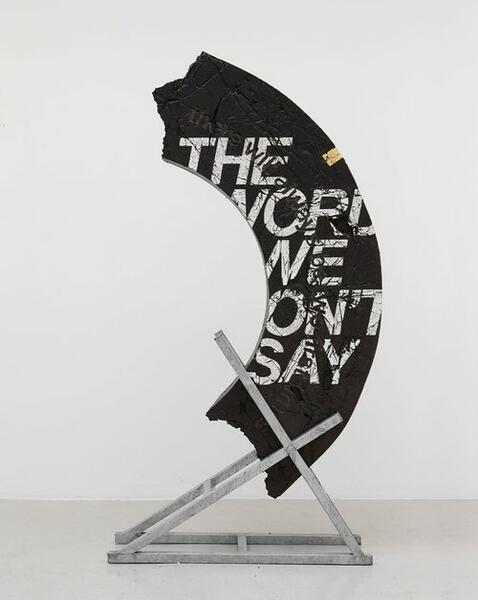 The Words We Won’t Say presents a selection of works by four prominent contemporary artists from Colombia: Iván Argote (b. 1983), Milena Bonilla (b. 1975), Carlos Motta (b. 1978), and Oscar Muñoz (b. 1951). Borrowing its title from a piece by Argote, the exhibition focuses on the notion of anti-monument and the debate around a new model of society in Colombia following the 2016 Peace Agreement, which put an end to more than sixty  years of civil war in the country.

Public monuments and their role in shaping collective memory have been the subject of intense arguments since the riots in Charlottesville last August, and are particularly relevant to Colombia at this time. Considering the “anti-monument,” the exhibition refers here not so much to the monument-obstacle (as proposed by the artist Claes Oldenburg), or the monument to banality (as in the work of artist Robert Smythson in Passaic, New Jersey), but more to the anti-monument as a subversion of symbols of power, such as colonialist powers—in the case of works in the show by Argote and Motta; to the forces of capitalism in the work of Bonilla; to moralizing powers in other works by Motta; to simply the challenges of conceiving a memorial to victims of violence in Colombia (due to the absence of bodies) and the anonymity of the victims in the case of the work of Muñoz.

The Words We Won’t Say features a selection of works principally from the collection of the London-based French collector Thibault Poutrel, and is curated by  the patron, collector, and art historian Catherine Petitgas (who has also included works from her own collection in the show).

The exhibition will open to the public at Mana Wynwood for Miami Art Week on Thursday, December 7, 2017 and run through Sunday, December 10, 2017.

Founded in 2011, Mana Contemporary is dedicated to providing a platform for contemporary art and artists through exhibitions, studio programs, and public programs. Mana’s community network began in New Jersey and has since expanded to include Mana Chicago (2013) and Mana Miami (2015). Mana Contemporary continues to create new partnership opportunities that explore the intersection of contemporary art, design, new technologies, and music. For more information, visit manacontemporary.com.