The Museum of Contemporary Art of Lima (MAC Lima) invited more than thirty contemporary Peruvian and Venezuelan artists to reflect on migration in the region. Under the curatorship of Fabiola Arroyo, Crónicas Migrantes. Historias comunes entre Perú y Venezuela (Migrant Chronicles. Common stories between Peru and Venezuela) propose to interpret through contemporary artistic practices the greatest displacement of migrants in the history of Venezuela and Latin America. 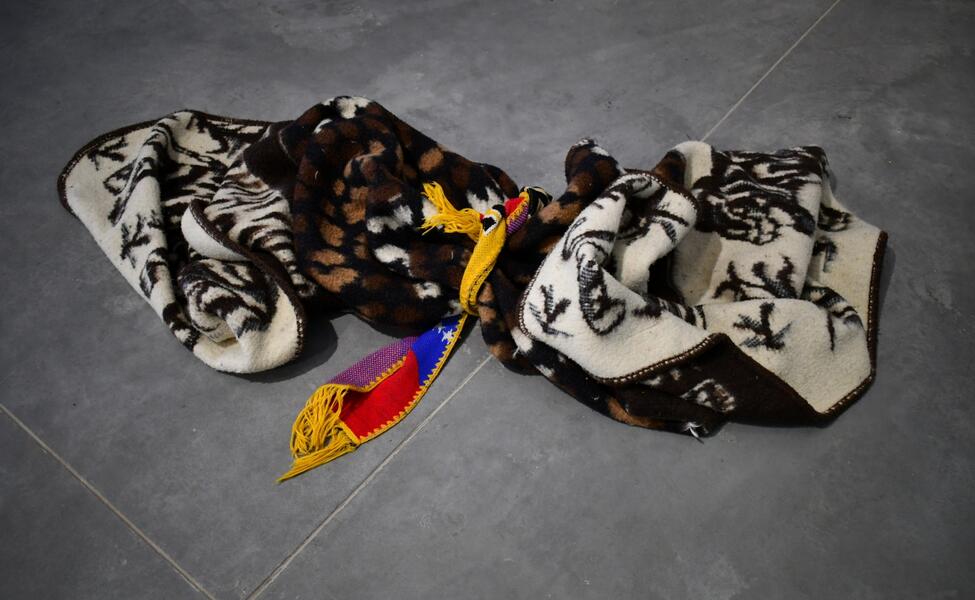 Addressing this crisis from an interdisciplinary perspective, the artworks exhibited from textile pieces, collages and drawings to sound pieces, video performances and photobooks. The oeuvres of Peruvian artists mobilized by this migratory wave dialogue with the artworks of affected artists of Venezuela, whose themes, language and narrative are a direct representation of the political and humanitarian context of the country. In this way, the exhibition reflects on moral and ethical violations, destiny and citizen rights.

The four thematic axes established by Arroyo have been word, body, house and territory. A work that integrates these concepts integrally is I Come Arriving (Goodbye People), by the Peruvian artist C.J. Chueca (Lima, 1977). Conceived as a collaborative sculpture, the artist gave the piece to a groupo of Venezuelan immigrants living in the city of Lima to use as a wall. In exchange she asked them to express themselves on this wall every day. Consequently, I Come Arriving (Goodbye People) is constituted as a work intervened and inhabited by the Venezuelan crisis, but also crossed by dialogue with the poetic gesture of language.