Regarding the participation of Peru as the guest country at ARCOmadrid 2019, the Jan Mulder Collection presents the Estratos de un paisaje (Layers of a landscape) exhibition at Casa de las Américas in Madrid. Positioned as one of the most outstanding collectors of Peruvian and Latin American photography in the world, Jan Mulder brings to Spain 108 essential artworks for the evolution of the photographic medium in the Peruvian contemporary scene. 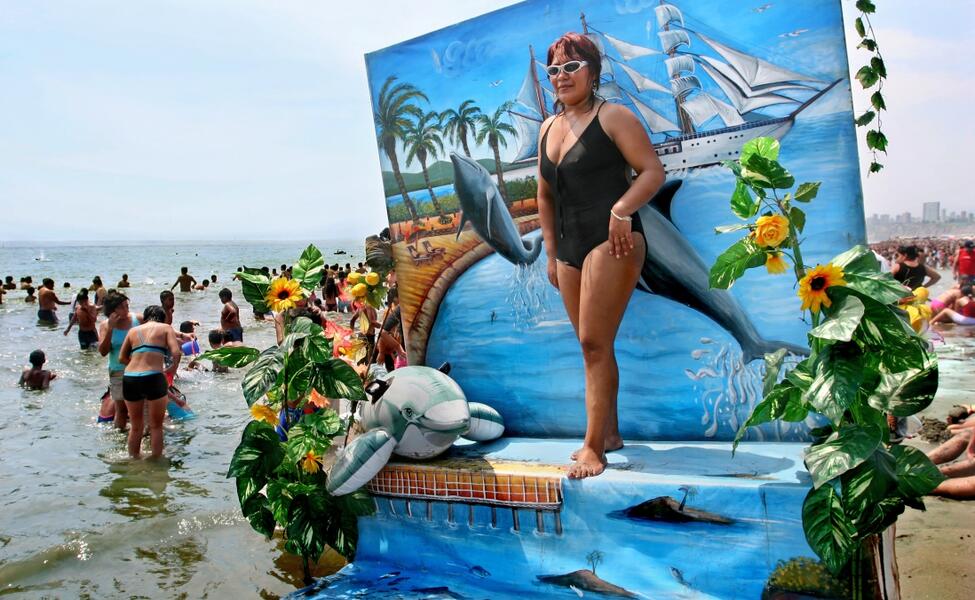 Under Alejandro Castellote (Madrid, 1959) curatorship, Estratos de un paisaje makes a selection of works through the urban, natural and human landscape themes, highlighting photography as a device capable of documenting, representing and creating. The exhibition held from February 20 to March 27 is within the program 'Peru in ARCO', which aims to show the contemporary production of the Latin American country in the context of ARCOmadrid, fair that will take place from February 27 Until March 3rd.

Within the polysemic concept around the landscape that deals with the curatorship of the exhibition, the scenarios act as metaphors for the subjects and emanate an endless number of layers of meaning. "A look at the collection denotes the pre-eminence of the urban and natural landscape over the human landscape," they explain from the collection. "This absence allows us to establish links between the works and to allude, from different perspectives, to the dystopian character that many artists give to the city of Lima and, by extension, to the social processes that take place in parallel to economic development, urban growth, to the endemic institutional crises and the deterioration of the environment ".

Founder and president of Centro de la Imagen, an institute specializing in teaching professional photography in Lima, Jan Mulder went from journalism to business (he studied at Boston) and then to photojournalism and visual narratives. "When I finished my studies, I dedicated myself to the business world where little by little I lost contact with photography. All though, at the end of an important stage of my business life I decided to take pictures again. From that moment I dedicated myself to creating a photography school in Lima, so that, as I did years ago, young people could develop their artistic and technical skills, " says Mulder, adding that over time he was" discovering the pleasure of Collect photography of consecrated artists and young people, from all over the world. " Collection that has been expanding since 2002 within the visual arts.

Artists at the exhibition