Biennial of Cuenca presents its new curators of the XIV edition

The official launch of the XIV edition of the Biennial of Cuenca: "Living Structures: Rituals without Myths in Contemporary Art" was held on Thursday, August 24 at the Bienal's headquarters (Bolívar 13-89 and Estévez de Toral) a thesis proposed by the Venezuelan curator Jesus Fuenmayor, who makes an exposition of his conceptual proposal. In the same way, the Venezuelan artist and professor Yucef Merhi was presented, which has a charge of the pedagogical curatorship of the next edition that will take place in November 2018. 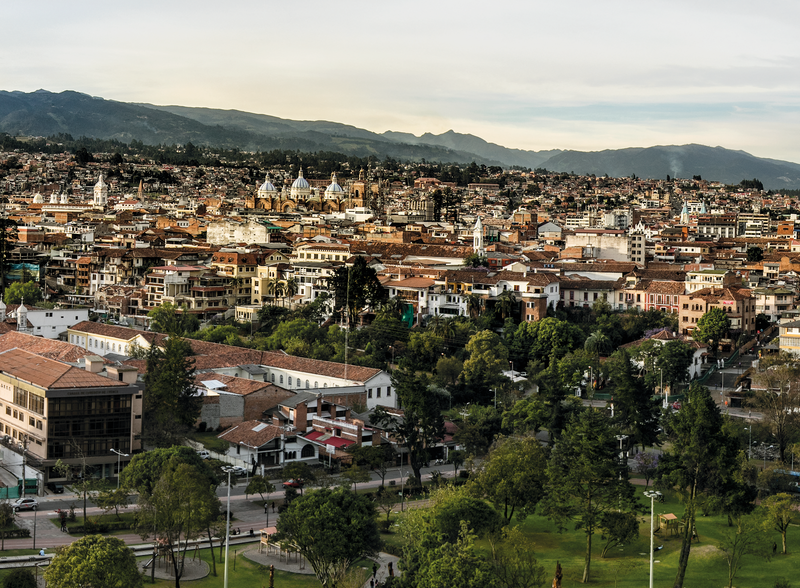 With the presentation of XIV Biennial of the opening of the call for the Ecuadorian artists. Those interested in submitting their digital portfolio or links where their work appears, to the email: comunicación@bienaldecuenca.org with the motto of the subject "XIVBIENAL", whose reception will end on November 30, 2017. All the portfolios received will be delivered to a committee of national experts who pre-select the folders on which the curator Jesús Fuenmayor will define the national representation in close dialogue with the Nomination Committee and after visiting the workshops of the shortlisted artists.
Jesus Fuenmayor (Caracas, 1963) is a curator based in the United States with more than 25 years of experience. In 2004 he worked as a researcher at the Alejandro Otero Museum and between 2005 and 2012, he was director of Periférico Caracas Arte Contemporáneo, where he organized and curated more than 30 exhibitions. In 2002 and 2006 he directed the meeting around the curatorship sponsored by the Mercantile Foundation and between 2012 and 2015 he was director and curator of CIFO Art Foundation (Miami). Kinaesthesia: Latin American and Kinetic Art, 1954-1969 "sponsored by the Getty Foundation, Pacific Standard Time II Initiative, which takes place at the Palm Springs Museum of Art in September of the current year. It is currently preparing the artist's first historical history German Lothar Baumgarten, which was published in 2018. Between 1992 and 1995 he was an advisor to the Jacobo Borges Museum, in 1998 he was a co-creator of the Barro de América Biennial, and from 2000 to 2004 he taught at the School of Design of the Faculty of He has been a member of the editorial board of the Mexican magazine "Poléster" (1992-2000), and collaborator of the magazines "Art Nexus", "Estilo", "Atlántica", "Mousse" and " Trans. "In addition, he has acted as an advisor in the formation of collections dedicated to contemporary art.
YucefMerhi (Caracas, 1977) is an artist, poet, independent curator and university professor. He studied Philosophy at the Central University of Venezuela, the New School of the University of New York and obtained a master's degree in the University of New York. In the same way, he integrated the workshops of literary creation 1995-96 and 1996-97, mention poetry, of the Center of Latin American Studies Rómulo Gallegos. He has also been a contributor to magazines and newspapers. His artistic career includes individual and collective exhibitions in museums in Caracas, São Paulo, Lima, La Antigua, Cuenca, Mexico City, New York, Los Angeles, Miami, Amsterdam, Rome, Madrid, London, Istanbul, Split and Ljubljana, among others In 2010 he was appointed curator in chief of the First International Biennial of Contemporary Art, ULA-2010. Merhi's work is documented in more than 50 catalogs, encyclopedias, dictionaries, films, school books, PhD theses and academic volumes. He currently resides and works in Cuenca, where he is a professor and researcher of the Design Career at the University of Azuay.
The local and national press as well as the artistic community are invited to this cultural event of international relevance.