TO THINK EVERYTHING OVER AGAIN - ROLF ART ONLINE EXHIBITION

Curated by Andrea Giunta, To Think Everything Over Again, is an exhibition conceived shortly before the pandemic began and which was resignified in the context of isolation that began in March 2020. 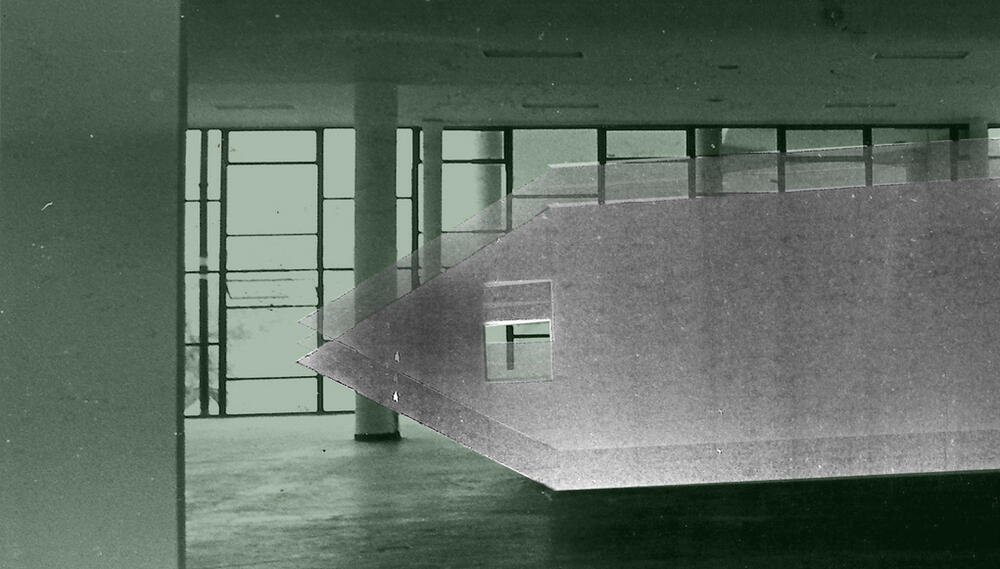 Before all this happened, we perceived the symptoms of an exhausted world. To Think Everything Over Again proposes returning to a set of works made before the crisis that can be read in the present key. They are works that interrogate the relationship between man and nature, the radical differences in the distribution of wealth, the existence of inequalities, the meaning of the domestic, isolation, loneliness, forms of memory and feminism as a practice and as a theory that installed all these questions in advance. Faced with the symptoms of an upcoming return to normality, a question implicitly runs through the exhibition, to what state of the world do we want to return to? - Andrea Giunta

Art images are archives of experiences. When we return to them, when we approach them from new contexts, from different questions, their latent senses are agitated. A work is reactivated, mutates into new questions, its pleats unfold in senses that we had not perceived. The juxtaposition of the images, their closeness in space, creates a contact area; a new iridescence occurs in what we see. The proximity causes unexpected radiance from the image.

The mouths (fragments of bodies) that Graciela Sacco printed in blueprints and pasted in the streets of Rosario, Buenos Aires, during the Menemism years, refer to the social differences that in Argentina were intensified by the neoliberal experiment that led to the crisis of 2001. She photographed, projected, printed on emulsified paper and fixed the image with the sun. She placed her mouths in the urban space. The sign was as confrontational as it was enigmatic.

On December 5, 2017, when Graciela Sacco died, the commitment to feminist practices in art was signed and the Nosotras Proponemos collective was formed. By making patriarchal behaviors visible, this activism proposed a review of the practices of institutions and actors in the art world. The posters intervene the streets with the agenda of feminism in art and in contemporary life.

In 1993 Liliana Maresca undresses on top of mounted images of those who led the neoliberal project, the dictatorial project, the international politics between the 1970s and 1990s in Argentina and in the world.

The action culminated with Liliana dressed, installing the images-banners in the ecological reserve of Buenos Aires. Where the rubble of the highways built by the civic-military dictatorship was dumped; there nature responded with wetlands, forests, birds, coypu, lizards. New ecosystems vibrated, reminding, as in the present, that when human beings move aside, nature responds with biodiversity. The destruction of natural barriers between ecosystems created conditions for the pandemic to occur. But all this had not happened in the nineties with the fullness that is confirmed today. In those years, the remains of the ecological reserve preserved the brutality of thegarbage dump. There, Liliana Maresca took her collages and installed them as banners that interrogated those mutant signs between destruction and the rise of life.

Body policies. The video and photographs of the performance Intempestivas shows María Teresa Hincapié in a form of extreme ritual ceremony that summons references to violence in Colombia in which mythical quotes intersect. The redefinition of the body that folds and activates from the form involves a performance that explores the limits of space

The series Full of Hope (2001 - 2003) by Silvia Rivas, made in 2001 puts together several isolated images that allude to the internal perception of the present, surrounded by the density of the past, the resistance of the future and the inevitability of circumstances. These are years of economic, social and institutional crisis in Argentina. Formed in times of repression, with cautious silence and sidestepped violence, hope takes the form of resistance as a way of supporting itself despite and against all evidence. Someone is held as the only pillar, someone is held to avoid falling, and someone is fighting a losing battle. María José Arjona searches for the expressive power of a political investigation of the body. Returning to the body as a support for the imagination of forms of resistance and permanence that Silvia Rivas also evokes with her movements.

Biopolitics, ways of reproducing life, of rethinking the body. This is the drive that transmits the video Satisfied by Joiri Minaya. While dipping soft forms of stuffed cloth into coffee and sugar, the artist introduces them into her mouth, until it is extremely occupied. Coffee and sugar refer to the colonial condition that is replicated in the way of forcing the limits of the body. It is a woman. In her work, Joiri investigates how gender and race stereotypes are articulated in the view over the female body of a Caribbean woman, approached as an exotic subject.

CHAPTER IV - MEMORIES THAT ARE PRESENT