GALERÍA DEL PASEO: KEEPING THE SPARK ALIVE IN THE FACE OF THE GLOBAL SITUATION

The Galería del Paseo was founded in 1998 Uruguay and since then has developed a program of activities aimed at promoting Latin American artists in contemporary creation.

Initially installed in the historic district of Montevideo, in 2004 it moved to Punta del Este, where it holds exhibitions throughout the year. In 2013, a space was opened in Lima, Peru where the gallery incorporated an outstanding group of contemporary Peruvian artists.

Silva Arrozés, its director, speaks a little more in depth and answers some questions elaborated together with the curator Max Hernández Calvo (Lima)

How and why did you decide to have a gallery?

I have a degree in Museology, I received my degree in Buenos Aires (Argentine Social Museum), I worked at the Pueyrredon Museum (San Isidro, BA) where, in addition to working as a museologist, I organized temporary thematic exhibitions. I lived in Peru and there I worked at the International Pacific Fair, together with Emilio Maccagno, with whom we organized Arte Actual, in the 1980s. I also worked in the cultural department of the Argentine Embassy, ​​organizing exhibitions such as Eduardo Mac Entyre, Ducmelic, Luis Tomasello, Art in Argentina Today, curated by Jorge Glusberg, which included important Argentine artists of the 1980s, etc. Already residing in Uruguay, between 1994-1997, I returned to Lima with several exhibitions of Uruguayan artists that were held in Corriente Alterna and the Luis Miró Quesada G. Hall in Miraflores.

The opening of the Paseo Gallery on May 29, 1998, in the Old City in Montevideo, was the outcome of this journey and since then it has become a life project.

When you started as a gallery owner, what idea did you have of the art market?

Betting on contemporary art in the late 90s, in Uruguay where the imprint of the Escuela del Sur has been so important, was quite a challenge. My objective was to be consistent with the profile that I had drawn and explore, open borders. In 1999 we already had a foot in Buenos Aires and were organizing the first exhibition of Uruguayan artists in that city. Consequence + growth were the initial premises that were associated with his idea of ​​the art market.

To what extent did that initial idea change, compared to the reality of the gallery's day-to-day life and over the years?

The initial premises remain strong, but the world has been changing and the art market is no stranger to it ... Art will continue to grow, as it is much deeper than the business that supports it. The day to day is built with determination and focus.

What milestone would you highlight in your experience as a gallery owner?

Having made the decision to open a branch of the gallery in Manantiales (Punta del Este) on 12/31/2003 and the opening in Lima, in Barranco, on 6/12/2013 and in October 2015 already in the current space in Miraflores, in front of the Huaca Pucllana.

What criteria define your program as a gallery? What artists do you represent, what kind of art do you show, what kind of exhibitions do you organize, and what are the events in which you participate?

Since then, the gallery has developed a program of activities aimed at promoting Latin American artists in contemporary creation. The dynamics of both galleries is different. In Punta del Este, the main activity is concentrated between the months of December and March, therefore during that period of time we organize weekly exhibitions, approximately 10 samples: solo shows and group shows, themed shows, video festival, facilities, performances, conversations, we even show movies all year. In the winter months, in Punta del Este, the gallery is still open, with exhibitions changing every month. Generally, winter it is the time for specific workshops and clinics.

Also since October 2018, the Paseo Gallery in association with Sofitel Montevideo, organizes bi-monthly exhibitions in the hotel's art space.

In the gallery in Lima, the exhibition program normally develops with monthly exhibitions throughout the year, many of them by different curators and also during the past year we extended our space on several occasions, continuing the exhibitions in an adjoining venue to the gallery.

We participate in international fairs, exhibitions in collaboration with other galleries, exhibitions of our artists in museums, institutions and other alternative spaces.

In the face of this global quarantine situation, what are you doing to keep your spirits up, the outreach activity, the commercial activity?

After the suspension of the fairs and exhibitions of the gallery in Lima, the global quarantine already installed, with my partner in Lima Marianelli Neumann and our team, we have reorganized through daily meetings by zoom and then we are still connected by Whatsapp or mail. A new way of working that keeps the gallery and our artists alive. We are working on the creation of content for networks and new platforms, such as videos, the purpose of which is to bring a clear and short message about their works, not only to our clients and friends, but also to the enormous universe of followers who have become configured from this new situation.

We are also participating in the new modality of online fairs, for example the special edition of ArteBA & Artsy (April 7 to 30), Parc (May 4 to 31) and other / superpowered fair (May 10 to 14).

What changes can this crisis generate in the functioning of the artistic scene?

As I said earlier, art will continue to grow. What is going to be modified is the market behind it. The explosion of information on networks and the definitive installation of online platforms, the changes in workspaces, are outlining a new path for us.

We are going to have to learn to adapt to the change that is coming, to be very creative and without fear, to put aside old dogmas.

Keeping the spark of passion burning will help us survive! 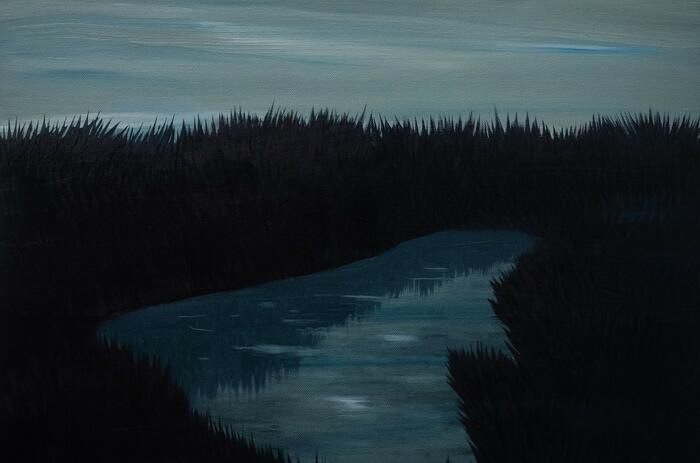