The retrospective of his work at the Museo Nacional Centro de Arte Reina Sofía in Madrid is the largest exhibition of its kind that the museum has held to date. 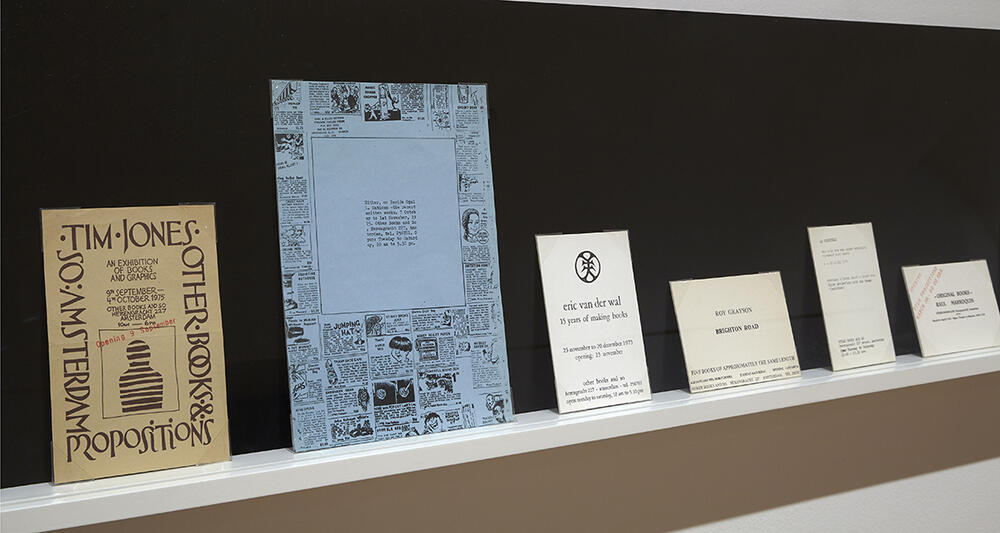 There are few figures as groundbreaking, or as fundamental to the development of experimental art, as Ulises Carrión (Veracruz, Mexico, 1941-Amsterdam, the Netherlands, 1989). An acclaimed author in Mexico early on, he was crucial to shedding light on new artistic tendencies in Europe; he acted as a bridge between disciplines, joining literature and the visual arts by means of extensive work in publishing, production, video art, and interventions.

The retrospective of his work at the Museo Nacional Centro de Arte Reina Sofía in Madrid is the largest exhibition of its kind that the museum has held to date. Querido lector. No lea [Dear Reader. Don’t Read], a conceptual work from 1975, is the title of a show that encompasses his oeuvre from its beginnings in Mexico through his time in Europe—a continent in a state of political and cultural upheaval at the time, and the place where he decided to eschew the conventions of literature.

Carrión most prolific period began after he settled in Amsterdam in 1972. The Dutch city was a hotbed of the arts; it had witnessed Situationist actions and fleeting satirical-cultural movements with anarchist leanings at the hand of Provo artists like Van Duyn and Grootveld. The environment was ripe for the exploration of new means of expression, and Carrión, from his bookstore-gallery Other Books And So, would be at the forefront of alternative cultural agitation. During this phase of his career, he would investigate new media like mail art and participate in projects like Ephemera (1977-1978). But the bulk of his work revolved around artists’ books, project books, and concrete books like Tras la poesía [Looking for Poetry](1973), literary texts that were unique works of art in their own right.

His vast book production made a key contribution to the most experimental art movements, just as his short films like A Book (1978) and The Death of the Art Dealer (1982) were essential to furthering audiovisual practices. No less important to understanding the potential of literature and the visual arts—and what they have in common—was his theoretical work. His visionary theories predicted the end of the book as understood at the time and addressed the role that art, and literary production and distribution, should play in cultural strategies.

Until the time of his death in 1989, the artist’s production and research revolved around structure and language. His background in literature, though, never ceased to be present—and Ulises Carrión never attempted to skirt the conflict that arose from the fact that his work cast doubt on the very existence of literature.