THE LATIN AMERICAN PRESENCE IN THE ARAB EMIRATES

Dubai is one of the seven members that since 1971 make up the Union of Arab Emirates, and one of the most important in terms of cultural development, together with Abu Dhabi and Sharjah. Unlike what happens in neighboring countries, its economy is not based on oil, but on tourism, trade and financial services. In recent years the bet has been on real estate investment, triggering the construction of buildings for hotels, homes or offices. In a desert territory with coasts on the Persian Gulf, the landscape is a tight plot of big skyscrapers designed by famous architects and infinity of cranes that are lost in the horizon. Culture has been gaining ground, as part of the tourist attraction, so that visitors stay longer in the city. There is a growing interest in giving the region an international presence, without this implying leaving aside the strong cultural identity. 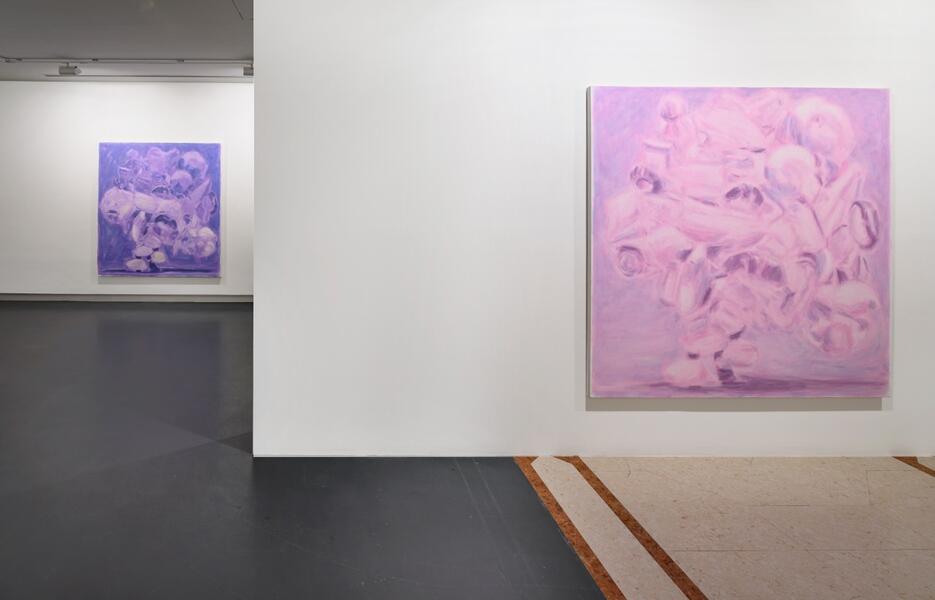 Art Dubai, the art fair that celebrated its 13th edition this March, takes into account, like very few in the world, the ethnic, cultural and social diversity, typical of a city whose local population does not reach 20 percent and where the Most of the residents are Indians, Pakistanis, Kuwaitis, Iranians, Filipinos and Koreans. Its artistic Director, the Spanish Pablo del Val, was in charge of the MACO fair in Mexico for several years and was responsible for having progressively taken it to a surprising level of artistic quality and regional articulation with the rest of the world. Del Val arrived in Dubai in 2015 [he has held various positions since then], willing to be surprised by the multiplicity of micro-societies present in the Emirate, and he actively focused on giving visibility to the art and artists of the Global South, a term coined by the Bank World to designate the countries of medium or low income and that includes Southeast Asia, Africa, the Middle East and Latin America. Along with Chloe Vaitsou, Director of International Relations, Del Val promoted a broad-based call for different audiences in this edition, ensuring the presence of important international institutions, independent professionals linked to influential non-profit organizations, as well as global collecting, achieving that Art Dubai promotes a powerful and fruitful dialogue between the parties.

The fair took place in three pavilions of the convention center located on Fort Island, Madinath Jumeirah, and brought together more than 500 artists from around the world and 92 galleries from 42 countries. There were sections dedicated to the modern art of the region - from a recent post-90s past whose main exponents are still alive - and international contemporary art, and others very promising and auspicious for Latin American countries, such as Residents and Bawwaba - "gateway" " in Arabic-.

Residents exhibited the works produced by 10 Latin American artists -represented by their respective galleries- who settled in Dubai for a period of up to two months and worked under the attentive tutoring of two curators: Fernanda Brenner, of San Pablo, and Munira Al Sayegh, from Sharjah. The section was of a very significant creative solidity and it was possible to appreciate how some artists allowed themselves to be crossed with intensity by the rich experience of the cultural crossroads and the exposure to traditions as deeply rooted as those of their countries of origin. The film by Luiz Roque (Mendes Wood, San Pablo), entirely produced during his stay, opposes the intimate and desolate look of a dog that wanders through the compartments of a private jet, to the vertiginous travellings that show the opulent buildings visible as long of the exterior route of the metro. Nicanor Aráoz (Barro, Buenos Aires) worked on a polyurethane sculpture, a contorted red silhouette, partially dismembered, and on an important group of large format drawings made in fluent colors, with striking images of heads and bodies violated on a landscape of mosques and views of the region. For its part, the duo Masenett Quiroga (Institute of Vision, Bogotá) proposed nature as responsible for the integration and mediation between continents through observations of natural phenomena. The artistic presence of Laura Lima (O Gentil Carioca, Rio de Janeiro), Verónica Vázquez (Piero Atchugarry, Garzón Town / Miami), Jerry B. Martin (Revolver, Lima) and Luciana Lamothe (Ruth Benzacar, Buenos Aires) were also outstanding and contributed to forming a very diverse group, with provocative and disturbing works that took some of the creative and fresh energy of Latin American art.

Bawwaba, another of the sections released this year, put the accent on only shows of artists who are working on different perceptions of temporality related to narratives that are linked to history, politics or identity. One of the most surprising presentations was that of Marcelo Moscheta’s (Vermelho, San Pablo) series of photographs of a subtle amalgam between cartography and science, illuminated by personal experience during one of his exploratory trips. Sergio Sister, from Brazil, represented by Emmanuel Hervé from Paris; Wanja Kimani, from Addis Ababa, presented by Guzo Art gallery in the same city, as well as Hamra Abbas from Pakistan, represented by Canvas Gallery of Karachi, exhibited works made and commissioned during the last year by the curator of the section Élise Atangana (France / Cameroon).

The Art Dubai project is to grow and consolidate its leadership as a dynamic platform that integrates past, present and future, articulating the aesthetic richness of its traditions with contemporary production, and generating links with museums, foundations and residences that strengthen the artistic ecosystem existing and, at the same time, encourage the emergence of new initiatives. In some way, it assumes the responsibility of being the catalyst of regional cultural concerns and of enhancing the visibility of Global South, so necessary when relating the different countries that make it up. It is art that is taking the first step for that integration.

The first impact the visitor receives arriving at the Jaddaf Waterfront in Dubai is the harmonious silhouette of the Jameel Arts Center surrounded by seven self-sustaining gardens. Conceived to give natural light inlets to the different rooms of the museum and to provide moments of pause and reflection to the visitor, each of them presents desert landscapes of the region and the world, with its characteristic biodiversity, and is used to exhibit temporary projects outdoor.

The museum, inaugurated in November 2018, occupies 10,000 square meters, in a surprising three-story building designed by a British studio. It is currently directed by Antonia Carver -Director of the Dubai Fair in previous years- who, together with a team of curators, decides the programming of the institution. Crude exhibition, which could be visited during the first quarter of 2019, brought together 17 artists and international collectives, who worked around the idea of ​​oil as an agent of social, cultural and ecological transformation. Omnipresent in the life of the Emirates, oil is a strategic product, capable of modeling the economy and the financial policy of the countries and, at the same time, an element with which almost nobody had contact, a kind of abstract image in our minds Allessandro Balteo-Yasbeck, born in Caracas in 1972, was included in the exhibition with Last Oil Barrel, a very small wooden barrel like the typical ones used to store oil. As minimal as powerful, the work draws attention to the global reserves of the product and its replacement by renewable energy sources and the economic future of those countries whose economies, like Venezuela, are dependent on oil exploitation.

Another of the institutional initiatives is Artist's Room, a series of individual exhibitions aimed at highlighting the work of relevant artists from the Middle East, Asia and Africa. It would be to celebrate Art Dubai's interest in the countries of the Global South to also infect the institution and begin to exhibit relevant projects of Latin American artists who have so much in common with the countries of the region.

Sharjah is the third most important city of the Emirates and the only one with coasts on both gulfs: the Oman and the Persian gulf. The commitment to culture, promoted by Sheikh Dr. Sultan bin Mohammed Al Qasimi, and greatly enhanced by his daughter Hoor Al Qasimi, has led to multiple educational programs for children and adults, with residences for emerging artists, and with the influential Biennial Sharjah, a catalyst for the encounter between artists, curators and international cultural producers.

Curated by Zoe Butt, Omar Kholeif and Claire Tancons, this new edition of the Sharjah Biennial is proposed as a camera of reverberation in which the works of the selected artists impact and reverberate around, modifying both the immediate environment and the most remote, and propitiating that their echoes propagate in space and endure over time.

Each of the curators is responsible for one of the three axes on which the biennial is organized. Journey Beyond the Arrow - by Zoe Butt - brings together 28 international artists in an intergenerational dialogue around the effects of colonial exploitation, social and religious conflicts and ideological extremism, and how these have profoundly and forever affected the relationship with language, memory, beliefs, rituals and social and cultural practices. The exhibition displayed in Calligraphy Square, the historical part of the city, highlights the Argentinean artist Adriana Bustos granting her a great room for her work Vision Machine (2019), commissioned for the occasion. With his usual sharpness, and through a series of exquisite drawings, watercolors and paintings, Bustos describes the old trade exchange routes in Latin America, comparing them with the current routes of drug trafficking in the region, the consequent human exploitation, the consumption global, and the use of natural resources. Xu Zheng, from Shangai, presents in this section a video that shows a healthy baby and recreates another one from 2008 in which an extremely thin boy was seen dying of hunger in Sudan, over which a threatening crow fluttered. That documentary provoked a debate about the ethics and scope of the practice, and many accused its author as a voyeurist.

Omar Kholeif, curator of Making New Time, investigates how culture can be reimagined through the vision of artists and their activism, and how their observations drive us to extend the limits of our beliefs. It also emphasizes how economies around technological culture have deconstructed existing narratives and how those that have been lost, disappeared or silenced can be restored. The Chilean Alfredo Jaar presents his work in progress developed since 2014, in which he simply illuminates the portraits of notable women, practically invisible to the history of their countries. A modest gesture, but blunt and significant. Bruno Pacheco -of Lisbon- explores in his paintings the power of representation of painting, both in the past and in the present, and highlights the virtues of resistance of the pictorial medium.

Look for me all around you, by Claire Tancons, works on contemporary migratory movements, diasporas, the loss of possessions and the recovery, in the best of cases of new goods. It also draws an interesting parallelism between Latin America and the Emirates, through the migratory currents in both regions, for the exploitation and extraction of their resources. The contributions of the Brazilian artist Laura Lima (a dense and extensive black curtain that activates from time to time and that alternately divides or links the space) are significant; the Allora and Calzadilla project, which explores the luminous properties of the midday sun that divides the day in equal parts, and that of the Cuban Carlos Martiel, who investigates, through performances and actions, the pearl extraction industry, principal economic source of the region until 1930.

The Sharjah Biennial has been consolidated for several editions - it has been a landmark for the 12th edition, curated by Eungie Joo -, as a proposal far from the canon, which has managed to draw a map of artistic interrelations with countries that are excluded or underrepresented in similar international events. With imaginative curatorial proposals, it is, without a doubt, one of the most innovative and receptive voices of the Global South.