The show  focuses on his historical works, that is, works from the sixties and early seventies; it features works in acrylic and paintings key to the artist’s career. 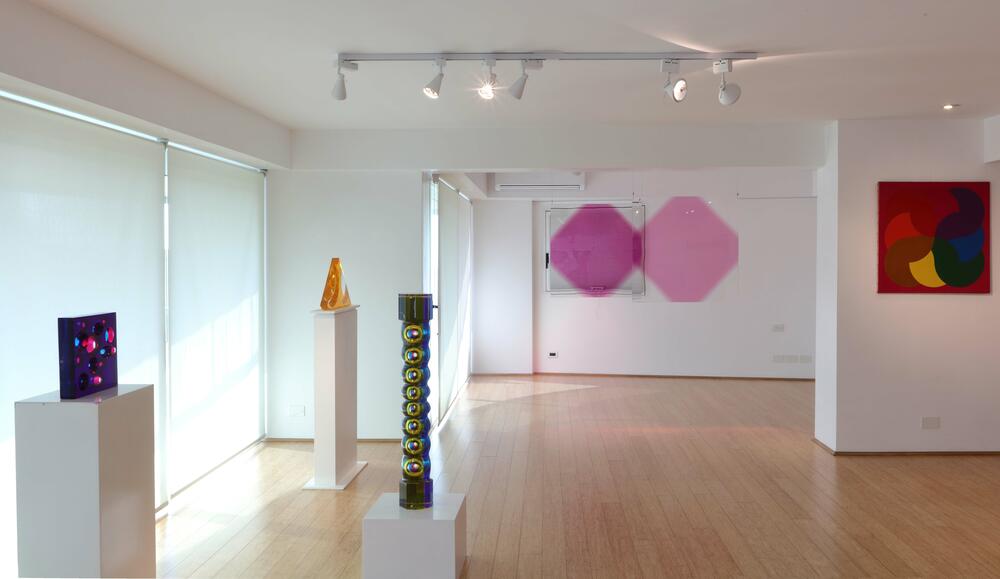 Advertencia óptica, a show of work by award-winning artist Rogelio Polesello (Buenos Aires, 1939-2014), is currently on exhibit at Galería MCMC, María Calcaterra-Moderno & Contemporáneo. Like the anthological exhibition “Polesello joven 1958-1974” held at the Museo de Arte Latinoamericano de Buenos Aires (MALBA) in  2015, this show provides an opportunity to come into contact with Polesello’s research on Op art and various strains of abstraction, with his skillful use of then-new materials like acrylic and stray paint, and with his interest in the playful. Though he formed part of a generation that came of age in the tumultuous sixties, Polesello—who held his first solo show in 1959 in Buenos Aires—always kept his distance from politics, choosing instead to pursue different strains of abstraction. Thanks to his tie to the Instituto Torcuato Di Tella’s Center of Visual Arts directed by Jorge Romero Brest, he was able to make his way out into the world at a young age. In its attempt to counteract the Cuban Revolution’s influence on the region’s culture, the United States organized a number of shows of Latin American art in the sixties; Polesello was one of the artists who participated in exhibitions in Washington, New York, and other places in the United States. Other spots he and his early work visited included Caracas, Puerto Rico, Mexico City, and Bogota. Indeed, eminent Argentine critic and writer Marta Traba drove around Bogota, where she was still living in the mid-sixties, in a car on whose doors were images designed by Polesello. Like many of his fellow artists, Polesello did outstanding work at advertising agencies that evidenced his interest in new design.

The show at MCMC focuses on his historical works, that is, works from the sixties and early seventies; it features works in acrylic and paintings key to the artist’s career. His mostly transparent engraved-acrylic sculptures with concave and convex ovals produce an optical effect that reflects and alters the perception of the surroundings. The radiant pieces vary with the gallery’s considerable natural light, becoming diaphanous at times, emitting the colors of the rainbow, and casting marvelous reflections. Insofar as they distort forms, the works are participatory; the viewer’s movements form part of works in a constant state of transformation. Two of the three paintings in the exhibition play tricks on the eye as well. Marte [Mars], an oil painting from 1961, is atypical due to its use of low blue tones and irregular dots. The other two paintings—both Untitled, one from 1968 and the other from 1969, and both made with synthetic paint—are rife with the color highlights and optical plays for which the artist is known.