In 2014, the non-profit organization Wildlife Conservation Society invited twelve Latin American artists to enter the Bahuaja Sonene Reserve located in the south east of Peru. The idea of ​​the program was, through artistic expression, to make known the reservation to the region so that awareness is generated. Bahuaja Sonene is one of the six national parks with the most biodiversity on the planet. Among the poets, musicians, chefs and visual artists invited to represent this great landscape was Roberto Huarcaya, a Peruvian psychologist, photographer and artist who has been experimenting with the notion of territory for several years from his series of panoramas Campos de Batalla (Battlefields). 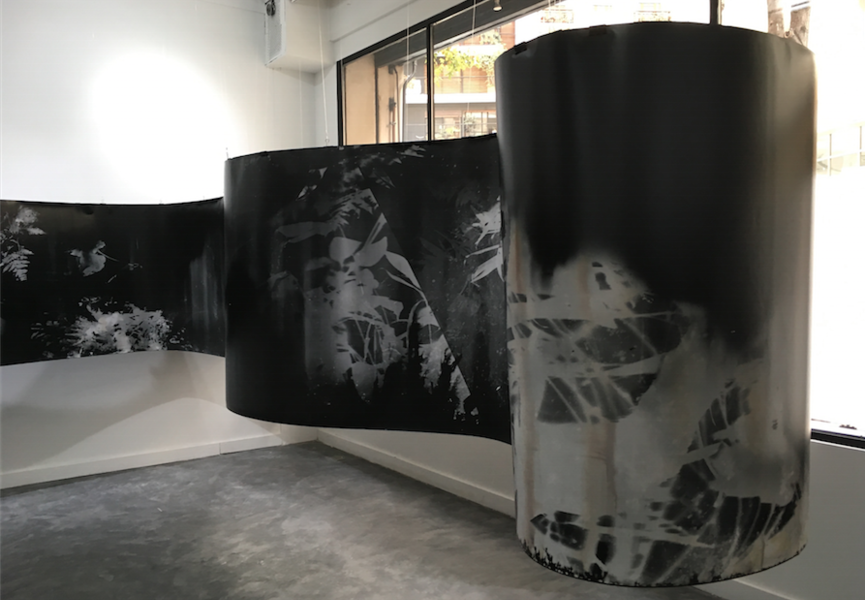 After his first trip the thick jungle of Bahuaja Sonene, Huarcaya toured the area with a small compact camera. However, he was not going to take anything. The photographer returned to the jungle seven times during a year and a half in order to find a correct way to represent the territory and the emotions that it manifested inside. "It was going and coming back and insisting, like a year and a half. With the other formats, the photographs always referred me to things already done. " It was then that Huarcaya decided to use thirty meter long rolls of sensitive photo paper and reproduce the vegetation through monumental photogrames. In this way emerged the Amazogramas, three large-scale photograms reproduced during the nights that represent the breathing and life cycle of nature. Later these three pieces would become part of an eclectic exhibition: Amazonia- Bahuaja Sonene, inaugurated at the Rolf Art gallery, in Buenos Aires Argentina on Thursday, June 13.

At the enclosure located in Esmeralda to 1353, the Amazogramas meander like great serpents by all the gallery. Another series of smaller photogrames hangs on the walls with what look like x-rays of leaves eaten by the ants, Huarcaya explains: "The series of leaves is a micro representation of how we humans are eating the jungle."

Huarcaya defines himself as a slow artist. The experience in the Amazon took him more than three years (and still continues).

How did the first of these photogrames come up?

The first attempt - fortunately successful - arose from a belief held by the Sesejas, an aboriginal community that lives in Bahuaja Sonene and with whom I have been in contact. According to his worldview, there are some trees with more than 700 years that act as a bridge between the mortals and the gods. Taking this pose as a trigger, I decided to represent this misticysm and that monumentality that the Sesejas attributed to these great trees.

At the beginning we tried, with some helpers, to go up to the top of the trees and unfold the roll of 30 meters from the bottom up. However, the winds, the storm and the hostility of the jungle did not allow it. Then I observed that the rivers, very important for the natural processes and for the community, took away whole trees. Therefore we send ourselves to look for a tree in a boat. The trunk was full of water and weighed tons.

Huarcaya and his team cut the trunk into ten parts and took it to the mainland. There, they rearmed, as if it were a broken head, the big tree. With partitions made of bamboo that united the different fragments, the piece was reconstructed to thirty centimeters of the ground, ready to be photographed that night. And then the storm appeared: "When I went to shoot at night, thunder burst everywhere. It was the loss of control and the strength of nature that ended up composing the work, it is nature exposing itself. " This is what Amazonia-Bahuaja Sonene is about. A magisterial work that magnificently represents the cultural, mystical and natural background of the Amazonian territory. Said by the communities of the region: "they have been so respectful with nature that she decided to portray herself".

Until July 27, the work of Huarcaya that opened yesterday can be visited at the Rolf Art gallery, located in Esmeralda at 1353, in Buenos Aires, Argentina. 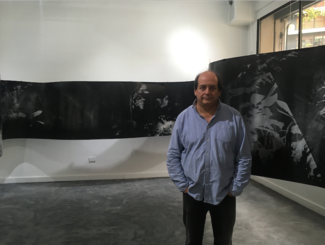