Thanks to its demographic makeup, Miami is a point of reference in Latin American and Caribbean culture and art. Like a mirror, it reflects the social and political relations in those countries that, pursuant to diasporas—of artists and others—bring to the city different spaces of dialogue and deliberation. Platforms that range from the mass media to academic programs allow local voices to resonate in the wider international sphere. Of those platforms, Cisneros Fontanals Foundation (CIFO) is outstanding not only because of its excellent collection of Latin American modern and contemporary art, but also because of its commitment to communicating that art, and furthering knowledge of it around the globe. 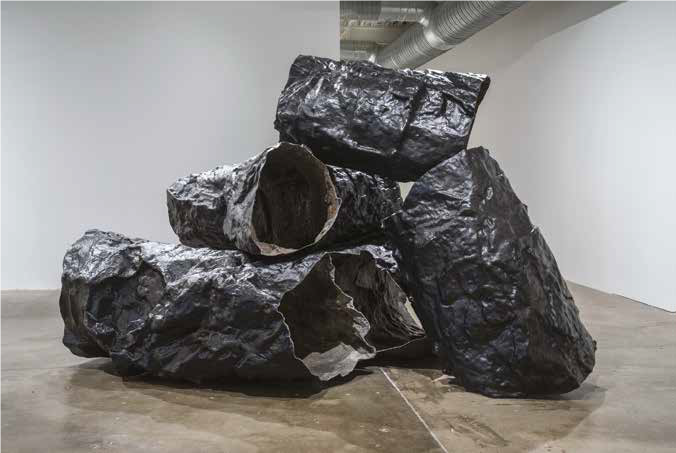 In to 2017 CIFO celebrated its fifteenth anniversary. The edition of its Grants and Commissions Program culminated in an exhibition that brought together the nine award winners in the categories of Emerging Artist, Mid-Career Artist, and Achievement. Public presentations, including the publication of a catalogue that compiles more than two hundred pieces exhibited over the course of these fifteen years, have been held in conjunction with the show. With the title of the exhibition—No black / No white (No And)— curators Eugenio Valdés Figueroa and Ana Clara Silva quoted composer John Cage, specifically in his reaction to Robert Rauschenberg’s series White Paintings (1951). Their proposal eschews traditional binary categories to delve into the complexity of today’s realities. The press release stated, “Now more than ever, it is crucial to consider the impact and repercussions of economic and geopolitical factors on Latin American intellectual production in order to better understand current art from the region and its place in the global market.”

Now more than ever, it is crucial to consider the impact and repercussions of economic and geopolitical factors on Latin American intellectual production

Mexican-American artist Daniel Joseph Martínez, winner of the Achievement Award, showed a dozen works that delve into those concerns. His installation Divine Violence (2007) incites reexamination of what we perceive and legitimize as violent. The piece consists of an index of names of international organizations—from religious and nationalist organizations to terrorist groups—that engage in different forms of violence (physical, economic, political) in order to spread their ideology. The names, written in black letters on gold panels, homogenize disparate groups in provocative fashion. Richard Garet (Uruguay) and Fredy Alzate (Colombia) were the recipients of the Mid-Career Prize. Titled Vacuus, Alzate’s sculpture of cylindrical elements in resin, fiberglass, and mineral pigment represents the hollows in the Colombian landscape due to explosives in mining regions. The work’s rough walls are imprints directly cast from the affected mine mures. The piece is an aesthetic translation of the interdependent relationships between politics, the economy, and the environment in today’s world.

The six recipients of the Emerging Artist Award were Ilich Castillo (Ecuador), the Celia-Yunior duo (Cuba), Katherinne Fiedler (Peru), Alana Iturralde (Puerto Rico), Ulrik López (Mexico/Puerto Rico), and Juan Osorno (Colombia.) These artists come from different backgrounds, and make use of an array of poetic and methodological practices. Highly conceptual in nature, their proposals range from installations with found objects to traditional ceramics, to photography and video. Colinas [Hills] (2017), a video ins tallation by Celia-Yunior, for instance, addresses the importance the Cuban Revolution placed on education as means to propagate its ideology. The work explores the gaps in the curricula at the Universidad de la Habana (known locally as “The Hill”) over the years. Before a partly demolished cinderblock wall, an animated hill is transformed as disciplines such as sociology and psychology appear and disappear in the school.

This exhibition was one of the few recent efforts to redefine the Latin American discourse which, even in the academia, continues to address early-twentieth-century concerns. At a time when the region is undergoing such tumultuous political and economic processes and the world itself is not what it used to be, this show acquires a great relevance.