The National Library of France (BnF) dedicates an exhibition to the Argentine artist Antonio Seguí (Córdoba, 1934), author of a figurative artwork that shows a graphic and colorful world, mixing nostalgia and irony. 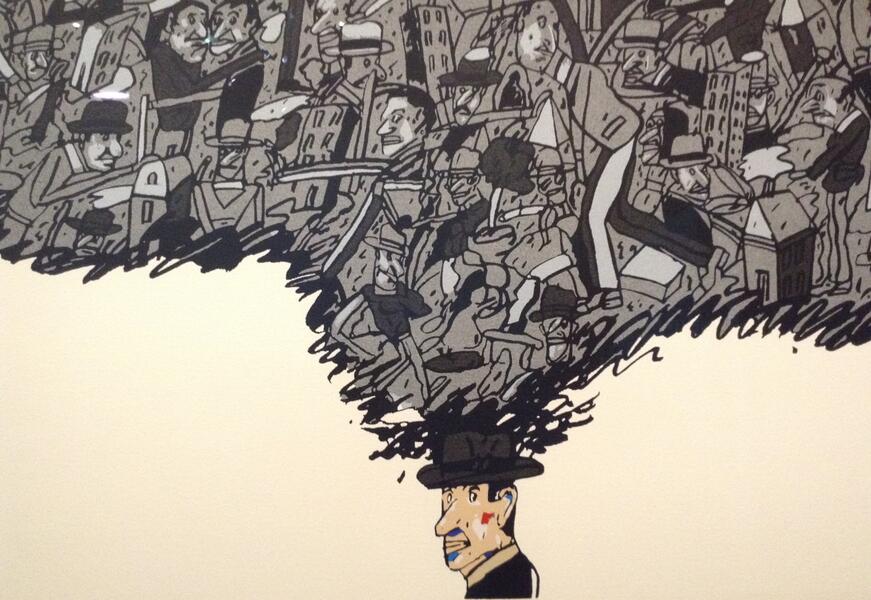 Installed in France more than fifty years ago, this virtuous artist has found in the art of printing a complementary practice to drawing and painting. The artist has donated more than 500 pieces to the BnF (engravings, portfolios, illustrated books) that are carefully stored in the Prints and Photographs Department and in the Reserve of Rare Books. Among this remarkable collection, some fifty works, from his first impressions of the 1950s to his latest engravings of carborundum, celebrate the career of a singular and prolific artist who has successfully explored all the potentialities of engraving.

Antonio Seguí has ​​spent most of his career in France, without renouncing his South American origins. Artist recognized throughout the world through numerous exhibitions, is at the same time draftsman, painter, sculptor and engraver.

After studying painting in Córdoba, it is in Mexico where he begins to study engraving techniques. He perfected his artistic training in Madrid and Paris, where he settled in 1963, while returning regularly to his native country, which remains an important source of inspiration for him.

The exhibition, following a chronological itinerary, highlights the diversity of Seguí's inspirations, from European satirical artists, such as Honoré Daumier and George Grosz, to comics and press drawings. An opportunity also to appreciate the variety of techniques used by the artist: lithography, monotype, engraving, linen engraving, photolithography, screen printing, engraving with carborundum.

With humor, Antonio Seguí questions the stereotypes that make us believe what we see without bothering to really look. In the period of 1960, he composed lithographs with large areas of color that hid the characters and only let their limbs see. Through these fragmentary elements, he looks for the spectator to be attentive while stimulating his imagination. Subsequently, he creates a series of impressions in photolithography with a pop appearance, made of juxtaposed elements that transform into a kind of mental puzzle. Raising, well, questions without providing answers.

In the 1970s, the emblematic figure of a man wearing a hat inspired by the Argentine men of his childhood appears. Behind the repetitive nature of these representations in different techniques hides attention to detail, without falling into the narrative. Finally, since the beginning of 2000, the artist essentially practices engraving in carborundum: he adopts a more concise and graphic plastic language, drawing figures of a dense black, without departing from his sense of humor. Through this recurring figure, the archetype of the anonymous man, who staged alone or lost in the city and faced with tragic or comic situations, Seguí tends to reduce man to his social behavior.

His works require a penetrating look to try to elucidate the real and fictional patterns that the artist intertwines through kaleidoscopic figuration, where perspective, like the scale of proportions, has no reason to be. Seguí has ​​gradually developed with figures that stand out in vertical space, or move in an unknown direction the image of a humanity that seeks to redefine itself. In his work you can admire the complexity of man and therefore that of the artist: his intense and generous life.