This show brought together three videos and an installation—a series of open books, as tenuous as memories, displayed on music stands. 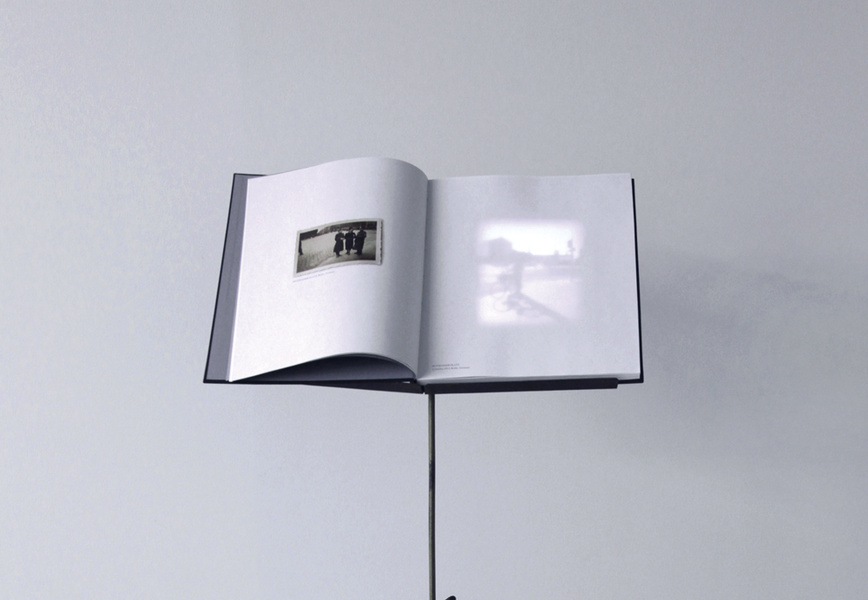 Defying expectation, Galería del Paseo brought to the region—in the midst of the South American summer season—the provocative work of Japanese artist Ken Matsubara(Tokyo, 1949), as well as the artist himself, who attended the opening. The exhibition venue is located on one of the magnificent beaches of the Manantiales section of Punta del Este and, as soon as the artist arrived, he showed his hosts a video of the crowded place where he lives in Tokyo, a noisy district full of billboards and cars. Unaccustomed to so much silence, he told his hosts he was not sure he would be able to sleep (in the end, though, he managed to get some rest).

Refined yet patently perceptible, the show consisted of works (installations and videos) that give new life to unfamiliar visions and personal references, placing emphasis on loss and on time as potential source of restoration. In most of the works in Repeticiones, the title of the show, the artist engages experiences of strangers. Matsubara, who lives and works in Japan, has exhibited since 1987. This show brought together three videos and an installation—a series of open books, as tenuous as memories, displayed on music stands. On the left page of each open book is an old photograph found at a flea market or a bookstore. After visiting each of the places in the photographs, the artist reconstructed them in videos shown on a computer tablet on the page to the right; each tablet is covered with an opaque piece of paper that makes the images blurry.

“Matsubara pleads memory to move into eternity. Recollection—that fugitive human resource—wanders about like a bragging ghost in the corner of perception, exhausting in the object its metaphysical distance,” concludes the show’s curator, Renato Rita. The gallery, which is visited by art viewers from around the world, participated in Punta del Este’s Gallery Nights this summer.