Elíptico articulate a specific polyphony of meanings where each of the works connects with another to construct a specific narrative of questions and intuitions. 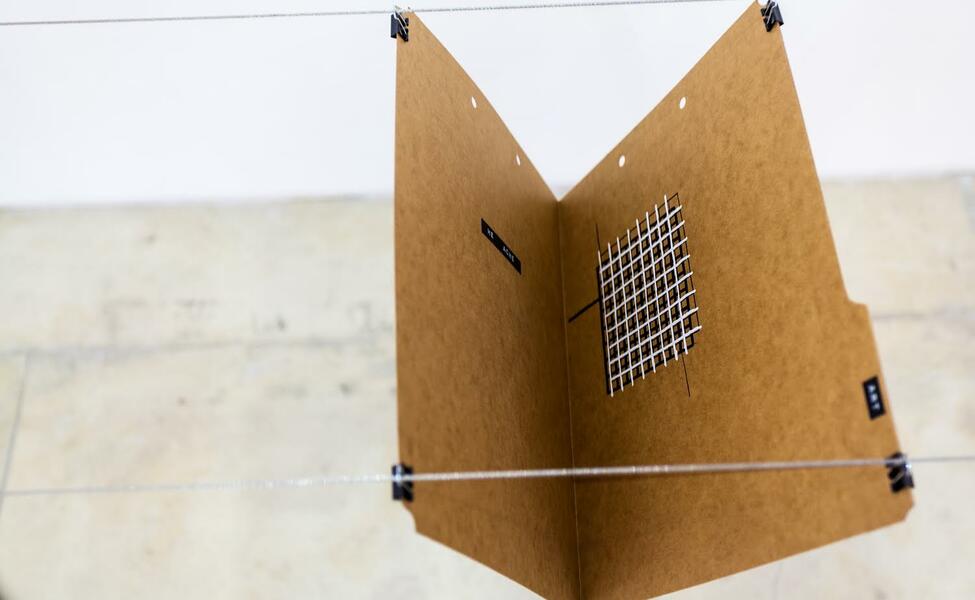 The show Elíptico of work by artist Andrés Michelena (1963, Caracas, Venezuela) was held at the Sala Mendoza in Caracas from January 24 to April 2, 2016. Curated by Rafael Castillo Zapata, the exhibition’s particular vision of A. Michelena’s work formulates a dialogue between the artist’s formal language and the urgency of the political, cultural, economic, and social crisis that has riddled recent Venezuelan history.

The eleven works in Elíptico articulate a specific polyphony of meanings in a museography where each of the works connects with another to construct a specific narrative of questions and intuitions. Through the viewer’s experience, those questions and intuitions describe the individual and collective contingencies of inclemency and of uprootedness—existential drifting due to the antagonistic forces of the contingent.

In Elíptico, Andrés Michelena places his work in the framework of a metaphorical “return to the homeland”—an exercise pertinent to Venezuelan art history which has largely been forged beyond the country’s borders, even though doggedly rooted in concern with the local as ineffable epic and tragic fate. At stake in the present, though, is not the question of return, but rather of its impossibility and the questions that that raises: permanent return to the homeland as fatal drift with no set point of arrival. This is a poetics of impossibility constructed in an elliptic, dialectical process of convergence and divergence.

A landscape conceived as disintegrated, as empty of meaning, or as outright nonexistent renders distant the prospect of return. From this perspective, a new notion of the landscape-nation that houses Venezuelan society both within its borders and beyond is possible only by joining fragile forms that enable an understanding of the republic and of its abysses. It must be understood in spatial terms as place and in bodily terms as experience—these are the voices of diaspora. This imagined community is an ephemeral metaphor based not only on elements of the installation, the conceptual, and the unstable, but also of the fragile and the precarious.