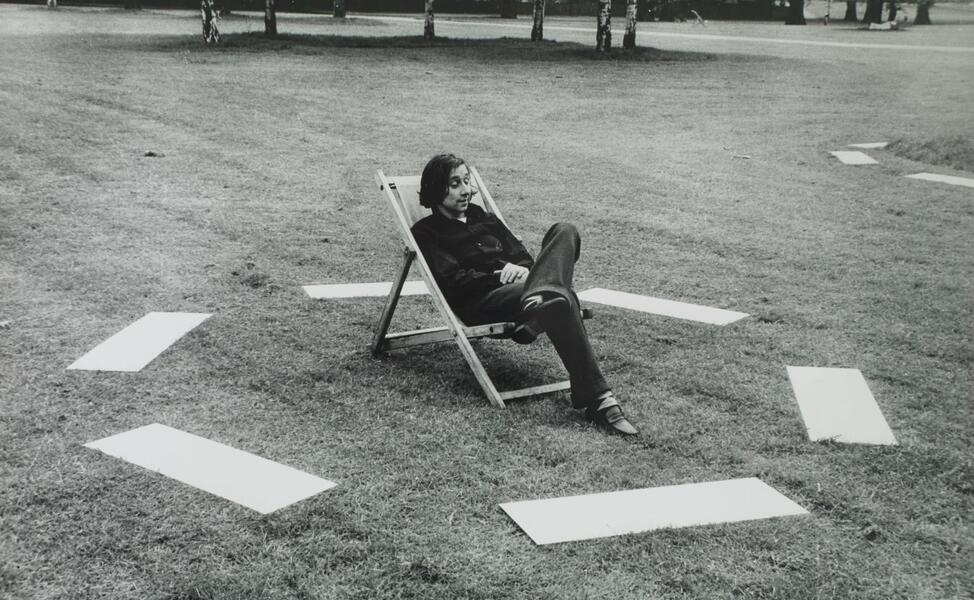 The retrospective exhibition of an artist who traversed historical conceptualism sometimes leaves the image of a collection of muted sites, a repertoire of vacant places. That vacancy that is explained and that restarts with different conjugations is nothing less than that of the work of art; it is the art work -as an essentialist category of modern aesthetics- that attends throughout different scenes to the explanation of its own challenge. In David Lamelas's own life (1964), the verb to denature declines through a score and a half of works and partly reveals that image of a catalog of disassembled constructions, of lay-off idealizations. The program that supports these operations aims to show the artistic fact as an arbitrary, conventional agreement, but it is especially a criticism of language as representation and of stabilized perceptions. The classic themes of concept art seem elaborated through a panoply of imaginative instruments.

The author positions assumed by Lamelas between 1966 and 2010 - extreme dates of the exhibited works - vary from the media analyst to the propitiator of situations. The pieces of the sixties accuse in a more pronounced way a criticism of the media, in which the structuralist paradigm models a certain tone of ideological denunciation. In the latter, as Imprint of a Line or Buenos Aires does not exist, Buenos Aires n'existepas, the historicity of the materials or the singularity of a territory allow the closed environment of the code to be permeated with the presentation of the contingent. Perhaps the earliest set has an additional interest, unforeseeable at the time of its production, by offering an involuntary encyclopedia of epoch by which a Marguerite Duras interviewed by Raúl Escari parades the traces left by the Mythologies of RolandBarthes in a long circulation. The resigned singularity in the universal structures returns then, for our sensibility, encrypted in a note of historical color, in the grain of a voice, in a biographeme.

If by an effect of the program the exhibition appears as a gallery of destroyed idols, by its conditions of realization it presents an effect of synchrony in which the real anachronisms are erased or are hardly read among the filigree of the cedulas. The replacements and updates of works that we see, dated in many cases in 2018, staged projects that until now had not been able to be executed as is the case of the monumental modified space that receives the viewer and that even the sample that we only review had been in existence in the private two dimensions of a sketch. In this way, the exhibition is also a landscape of ideas separated from their conditions of production and circulation. The body of artistic projects of Lamelas, with large areas dedicated to interrogate the conditions of documentation, has it owns complexity, which relaunches the question about the challenges involved in exposing the itinerary of a life in conceptual art.