Crisis and Maria: Young projects take the lead in the contemporary Peruvian scene

A sensation that is perceived today in Lima, especially among young artists, is that the activities of the art market do not offer enough stability and that the work necessary to build a personal career is crossed by factors that are not very transparent. It is in this context that initiatives are launched by young people, some of them artists, where they design for themselves and their peers some dynamics that allow them to relate to the market while maintaining greater control and with expectations much greater than that of commercial circulation. Two significant examples of this are Maria and Crisis galleries, projects with less than two years of activities that are directed towards the future with clear readings of the context and their needs. 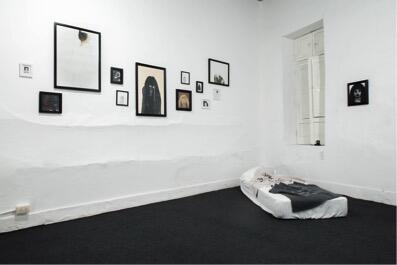 Founder of María, Jana Ugaz defines the project as: "A feminist platform and community for the visibility, recognition and valorization of women in art”. This initiative was born in the context of art fairs at Lima and develops from a clear political position. María represents a space where demands are met for recognition of the important Latin American feminist movement and the needs of artists who face the reproduction of gender inequality in the contemporary art market. So far, Maria's most important event was a collective exhibition (April 2018) where the work of thirteen women under 35 years old who were selected from an open call (Claudia María Calderón, Cristina Flores, Silvana Hurtado, Marialejandra Lozano, Pierina Másquez, Miranda Orrego, Maria Elena Papuico, Alessandra Plaza, Macarena Rojas, Fabli Soto, Gihan Tubbeh, Alejandra Vargas and Karla Zorrilla) was presented.

María also works in the construction of a database of women artists and visits to artistic training centers. Another highlight is that they have among their objectives to work in a decentralized manner, for which they propose to visit workshops in other regions of the country; axis that combines very well with the institutional links that have generated with projects such as Malquerida and María Landó.

Crisis gallery was born in April 2017 when Alejandra Monteverde –gallery founder-  received an offer to use a space inside a real estate project development during a three month period. As the name implies, it emerged with a clear perception of the context in which they were born, because it just had been announced that one of the most important gallery in Lima was about ot close. In the words of its managers, the project and its name "is strongly linked to a desire to rethink the meaning of what it is to be a contemporary art gallery during the 21st century".

After the first three months Monteverde partners with Juan Luis Balarezo and Alexandra Morales, giving shape and sustainability to a project focused on "generating contents within a commercial structure, where the opportunity to professionalize and internationalize can be given the work of the artists ". From April 2017 until now Crisis have presented eight exhibitions and participated in ParC Lima and arteBA fairs. Throughout its exhibitions they usually present young artists and stand out for their curatorial rigor and for proposing public programs with guided visits and / or conversations.