However, within this eclectic proposal there are four artists that should not be overlooked. These are Erica Bohm (PASTO), Karen Miranda Rivadaneira (+ Art), Marcelo Bordsky (Rolf Art) and Pablo Masino (Lateral). 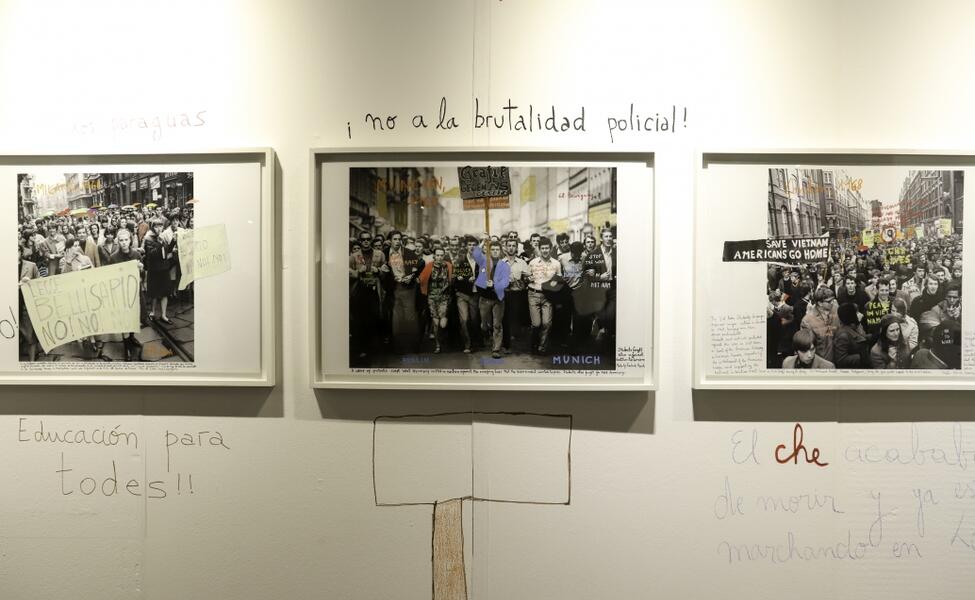 Under the curatorship of Gabriela Moyano, founder and director of + ARTE, the photographs of Karen Miranda Rivadaneira build a story about the landscape of the Province of Bolivar, in Ecuador. Through a variety of techniques - large format photographs, medium format, analog photography, collages and photogravure - Rivadaneira plays with the planes of reality and representation of the landscapes that stimulated her childhood in the Ecuadorian territory.

Loaded with symbols, her photographs reconstruct memories in her native land. "She is constantly jumping from a fictional narrative to a factual one, documenting and creating," says Moyano. That is the feeling of being in front of the work of the Ecuadorian artist, the eye of the spectator constitutes the landscape in a state of reverie, similar to the experiences of Carlos Castaneda in his famous "The teachings of Don Juan".

Combining the figures of Huma (from the Kichwa "submerged spirit", which represents a devil for the Ecuadorian community) with a shaman in a marital ceremony guarded by a sergeant, Rivadaneira's works combine native myths with childhood symbols.

Finally, the work of Karen Miranda Rivadaneira is characterized by the post production of the photos. In this way, she is more established as a plastic artist. And never betraying that hybrid composition between the real, the fictitious, the native and the personal: in Time of Spring and Woman Medicine, the artist handed over to a local artist - Julio Toaquiza - to intervene by means of the technique 'tigua' the landscapes according to what they sent him.

Marcelo Brodsky 1968: The Fire of Ideas

From the photograph taken by Rodrigo Moya of the march of the Tlatelolco rector, Marcelo Brodsky began a series of 55 archival photographs taken. As a result, the Argentine artist establishes a kind of period cartography that represents all the political movements carried out within the framework of Parisian French May, in 1968.

With only one show at the Rolf Art stand, in BAphoto's main sector, thirteen works from the 1968 series: The Fire of Ideas hang on the walls -also intervened by Brodsky in the assembly of the fair- establishing a dialogue between the demonstrations of upper class students and members of the working class in Paris, Tokyo, Prague, Washington, London, Rio de Janeiro or Milan that sought to institute a new universal project: imagination to power, a humanitarian socialism.

Beyond Brodsky's style and the aestheticity of his works, the interesting thing about his work is in the collection of archives of a moment that marked Western society up to the present. Half a century after 1968 the European and Latin American democracies -with exceptions- are governed by the requests of those young people, who, by giving a voice to minorities, asked for individual rights and equality. Without going any further, postmodernity in its totality comes from these movements.

Also, the series highlights the relationships and differences in the forms of manifestation in each region, their symbologies, and even in their ways of marching. Consequently, 1968: The Fire of Ideas constructs an ethnographic work of one of the most relevant moments of 20th century history.