GASWORKS PRESENTS GALA PORRAS-KIM: OUT OF AN INSTANCE OF EXPIRATION COMES A PERENNIAL SHOWING

Gasworks presents Out of an instance of expiration comes a perennial showing, the first UK solo exhibition by Los Angeles-based artist Gala Porras-Kim. 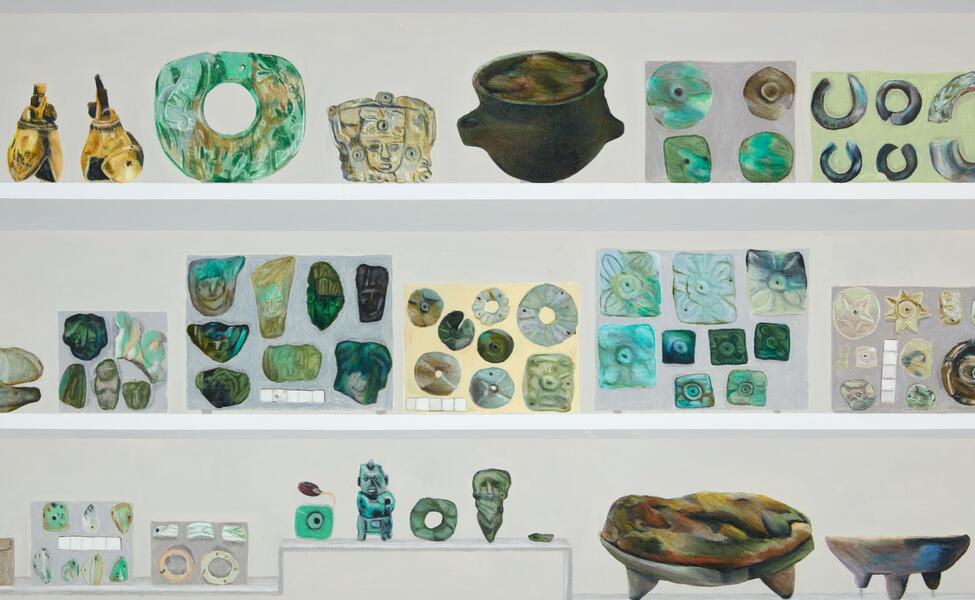 The exhibition features newly-commissioned drawings, sculptures, and sound work that respond to items in the British Museum and other encyclopaedic collections, questioning the ethical principles of museum conservation and assigning new meanings to artefacts extracted from their original sites and stored in museums across the western world.

Focussing on the British Museum's collection of funerary art from ancient Egypt, the artist examines the institutional afterlife of ritual objects and human remains, thinking through ways of compromising with their otherworldly original owners. The resulting artworks include concrete proposals to improve the conditions of artefacts in major archaeological collections, accompanied by letters to their directors that raise questions about institutional policies regarding the conservation of human remains.

Porras-Kim's artworks challenge museums to interrogate their own histories and to be better stewards of the objects they own. Interrogating whether it's possible for these objects to continue to perform their original function as spiritual offerings, the exhibition unravels the many worlds colliding in these powerful stones, from institutional frameworks and colonial legacies, to stars, cosmologies, and forces greater than us.

Gala Porras-Kim's exhibition is commissioned and produced by Gasworks, with generous support from the Henry Moore Foundation and the Korean Cultural Centre UK (KCCUK). Research for the exhibition was developed during a residency at Delfina Foundation, supported by the Latin America and Caribbean Patrons Group. Gasworks commissions are supported by Catherine Petitgas and Gasworks Exhibitions Supporters.

Gala Porras-Kim is an artist born in Bogota and based in Los Angeles. Her work has been featured at the São Paulo Biennial; Gwangju Biennale; Whitney Biennial; LACMA, Los Angeles; and Made in LA Biennial, Hammer Museum, Los Angeles. She has received awards including Creative Capital, Joan Mitchell Foundation, and Louis Comfort Tiffany Foundation. She was a recent Radcliffe fellow at Harvard, and is currently artist-in-residence at The Getty.