Valeska Soares: Any Moment Now on view at the Santa Barbara Museum of Art

The Santa Barbara Museum of Art (SBMA) announces Valeska Soares: Any Moment Now—a major, mid-career survey of work by artist, Valeska Soares. On view through December 31, 2017, the exhibition is part of the Getty’s initiative Pacific Standard Time: LA/LA, a far-reaching and ambitious exploration of Latin American and Latino art in dialogue with Los Angeles. 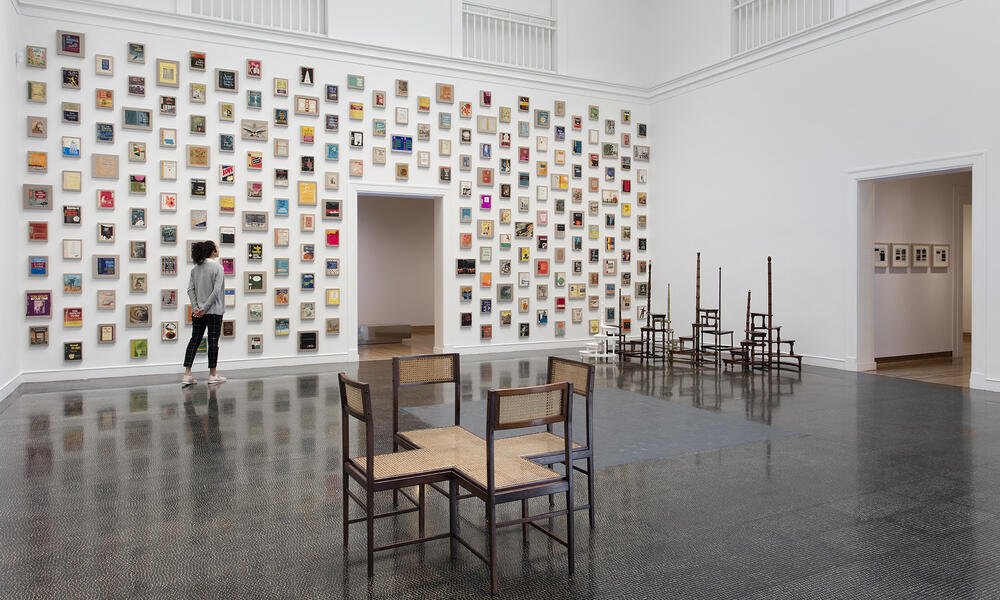 This presentation represents the artist’s first solo museum exhibition in the Western United States, bringing together fifty works produced from the early 1990s to the present. The project substantiates Soares’ distinctive role in the international legacy of installation art, while introducing to many the social, political, and personal aspects of her minimal, conceptual, and multisensorial bodies of work.

Valeska Soares (b. 1957) is part of a vital generation of artists who began exhibiting professionally in Brazil during the late 1980s and early 1990s, including familiar names such as Jac Leirner, Ernesto Neto, and Adriana Varejão. Soares’ work, like that of her peers, follows the approach espoused by the Neo-Concrete movement in the 1960s. Soares began exhibiting in Belo Horizonte, Rio de Janeiro, and São Paulo and was championed by the influential Brazilian art dealer Marcantonio Vilaça, whose dedication to contemporary art facilitated the internationalization of Brazilian art made during the 1980s and 90s. In 1992 she moved to New York and in 2003 she received her first survey exhibition, Valeska Soares: Follies, which was presented by The Bronx Museum of the Arts and traveled to the Museo de Arte Contemporaneo de Monterrey in Mexico.

Soares’ work has been included in numerous international exhibitions, including the Venice Biennales of 2011 and 2005; the São Paulo Biennials of 2009, 1998, and 1994; the Sharjah Biennial (2009), the Taipei Biennal (2006), the Liverpool Biennial (2004), inSITE San Diego/Tijuana (2000-01), and the Havana Biennial (1991). Important group exhibitions featuring her work include Permission to be Global: Latin American Art from the Ella Fontanals-Cisneros Collection, Museum of Fine Arts, Boston (2014); Seduções: Valeska Soares, Cildo Meireles, Ernesto Neto, Daros Collection, Zurich (2006); and Ultra Baroque: Aspects of Post Latin American Art, Museum of Contemporary Art, San Diego (and traveling) (2000-2003), among many others.

Valeska Soares: Any Moment Now is organized by SBMA and the Phoenix Art Museum (PAM), and curated by Julie Joyce, Curator of Contemporary Art, SBMA, and Vanessa Davidson, The Shawn and Joe Lampe Curator of Latin American Art, PAM. The exhibition is accompanied by an illustrated, 190-page monograph featuring with contributions by the exhibition curators as well as Jens Hoffmann (Director of Exhibitions and Public Programs, The Jewish Museum of Art; and Senior Adjunct Curator, Museum of Contemporary Art Detroit), Rodrigo Moura (Deputy Director of Art and Cultural Programs, Instituto Inhotim), and Júlia Rebouças (Co-curator of 2016 São Paulo Biennial; formerly Curator, Instituto Inhotim). Major support for the exhibition and catalogue is provided through grants from the Getty Foundation. Additional support for the exhibition at SBMA is provided by the Luria Foundation, as well as other generous groups and individuals.