The Art Museum of Lima, in close collaboration with the Centro Studi Jorge Eielson of the University of Florence, presents "EIELSON", the first panoramic exhibition in a museum in the region dedicated to the work of Jorge Eduardo Eielson (1921-2006), an important Peruvian poet and modern artist. The show is curated by Sharon Lerner (MALI) and Gabriela Rangel (Americas Society of New York) and will be open to the public from November 17, 2017 to March 4, 2018 in temporary rooms 1, 2 and 3 of MALI . 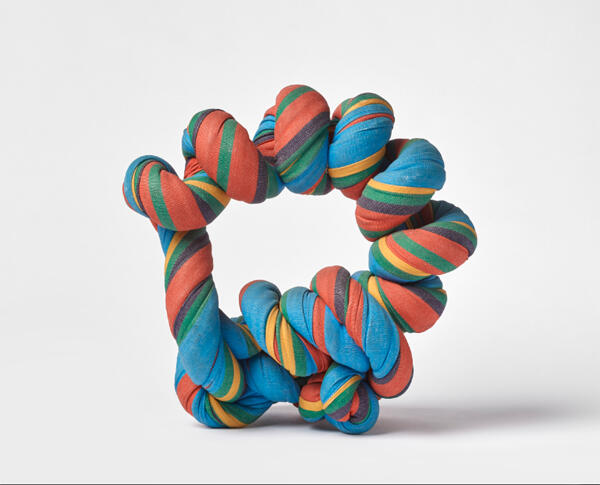 Known in Latin America for his work as of the so-called "Generation of 50" -together with renowned Peruvian literature exponents such as Blanca Varela, Javier Sologuren, Sebastián Salazar Bondy or Julio Ramón Ribeyro- Eielson developed a complex and changing body of work that established an unpublished dialogue with aspects of the Peruvian pre-Columbian culture, using the Andean quipus as key element.

After winning the National Prize for poetry in 1945 at the young age of 24 years, Eielson would travel to Europe, initially residing in Paris, where he participated in the exhibition of the New Realities Hall along with some of the most important exponents of modern art of the moment. Some time later, the artist would live in different European cities to finally settle in Italy, where he will live until the end of his days.

In this great retrospective one can appreciate his pictorial works more associated with the development of local modernism, as well as other less known aspects of his work, understanding all the branches of his production as part of a total idea of ​​his art. The exhibition has multiple pieces produced both in Latin America and Europe gathered from local and international collections, as well as a set of documents that account the infinite poetic universe of this unique Peruvian artist.

Curated by Sharon Lerner and Gabriela Rangel, chief curator of the Americas Society of New York, this exhibition seeks to transcend the discourses constructed mainly from literary criticism, to address the spatial and conceptual complexity that this vast artistic corpus proposes.

A catalog produced by MALI will also be published in a bilingual edition (Spanish-English), which will feature multiple essays that will approach the artist's work, bringing new critical aproaches that start with Eielson participation in the paradigm change of the 1960s towards systems, language and information; the notion of difference in Eielson's work through Giulia-no's Body, a novel that constitutes an early example of a conception of identity as a performative entity; the connection of the artist with the pre-Columbian imaginary and the connection between the poetic work and the visual poetry of Eielson, understanding both as indivisible parts of the same corpus. The publication will have collaborations with Martha Canfield, Sharon Lerner, Gabriela Rangel, Luis Rebaza Soraluz, Judith Rodenbeck and Rodrigo Vera. The presentation of the book is scheduled for February 2018.

ACADEMIC PROGRAM IN THE FRAMEWORK OF THE EXHIBITION

Directed to university public and adults.