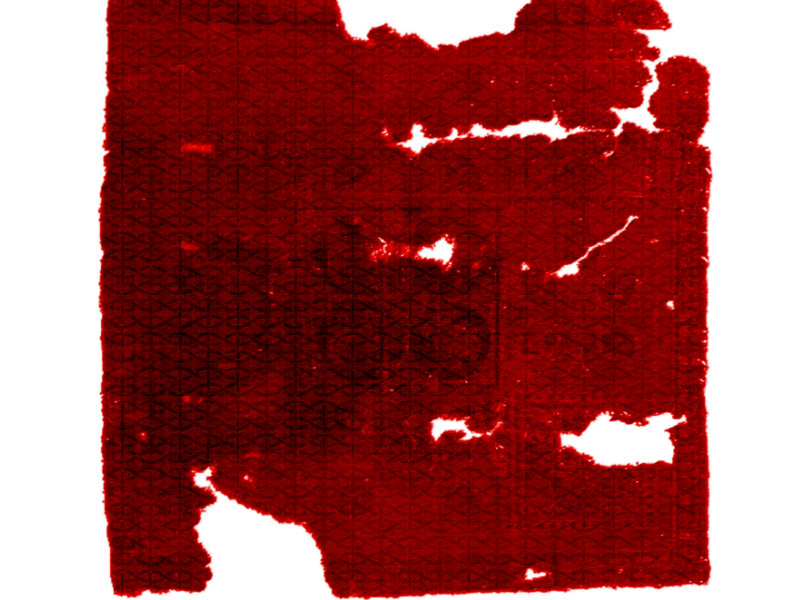 "At the same time, the task of the desiring cartographer is not to capture to fix, to freeze what he is exploring, but also to intensify the flows of life in which he envelops, creating territories as he travels them" (Perlonguer , 1997)

Folds of felt held to a smooth frame, cloth tabs coming out of the two-dimensional appropriating space, invading it. The works of Nora Aslan, Nora Correas, Gracia Cutuli, Azucena Miralles and Tana Sachs are the creation of territories that invite exploration into the interior of materials. Inside the processes almost invisible but whose gesture enunciates an artistic presence little analyzed in the historicization of contemporary art: that of textile art.

The Lausanne Biennial held in Switzerland from 1962-1992 was the guideline of the textile vanguard at that time. From there the technical and aesthetic advance was discussed. If, for the construction of a tapestry, a painter was required to conceive the image, a cartoner to translate it and a weaver to make it, from the Biennial a subversion of that process was already suggested. A liberation of the tapestry to the pictorial image that gave account of the strength of the textile as an artistic language by itself. The Argentine shipments to this biennial outnumbered those of other countries in Latin America. This is thanks to the efforts of the artists themselves, such as Gracia Cutuli, founder of El Sol Gallery, along with her partner Jack Merguerian, dedicated only to the tapestry and the creation of the CAAT Argentine Textile Art Center founded in 1977 by Tana Sachs, Antoinette Galland, Azucena Miralles and Carola Segura.

"La Pampa" (1979) by Azucena Miralles is a piece where the warp and weft are given by leather fabrics. The area of ​​La Pampa is a territory that prior to the conquest was part of the "Complejo Tehuelche", where the Ona culture -expert in the handling of leather- inhabited. Today the Onas are an extinct culture remembered only by the few material witnesses left in their wake. The piece by Miralles brings to the present the memory of a culture that has disappeared today.

"Patagonia-Pampa-Puna" (1991) by Gracia Cutuli is the abstraction of glaciers, fields and mountains made in looms. The piece shows the Argentine territory from its absence, in the marks engraved on the skin of a body stretched in the tissues in high heddle.

"Territories" (1981) by Nora Aslan creates an encrypted language inscribed in the folds of the felt where the cloth tabs resemble sheets. The surface is synthetic felt burned where fungi appear incomprehensible forms, winks of the concealment of a message in a piece overflowing the exhibition space.

"Corazón partido" (1976) "En carne viva" (1981) and "The fruits that the brain sometimes does not give" (1981), by Nora Correas are fragments of microcosms whose deep layers and dark colors recall dark and cavernous landscapes. The artist questions internal and external reality and glimpses in mutilated visceral forms open to the viewer to highlight an event. The beating of the heart, the breath, the breath, the flicker are everyday actions that hide and disappear. However, Correas externalizes the internal, the silent and imperceptible that happens inside, but at the same time is autonomous, something almost foreign.

"Another time other voices" (1980) by Tana Sachs narrates the knowledge among women. In the piece the artist draws the oral knowledge transmitted from generation to generation that have not been written by the story told by men.

The explorations of these artists pose the problem in the transformation of the textile in avant-garde key, but at the same time they give account of invisible internal knowledge of the canonical discourses of the history of art. The appearance of an interior territory shown in a present in disappearance.