On Friday, December 15th at 8:00 pm at Dieecke Haus, Lilly Lulay will present the first results of this research together with a video "Istanbul" (2015), new collages of the Mindscapes series and have a conversation with the Artist and teacher Claudia Aravena 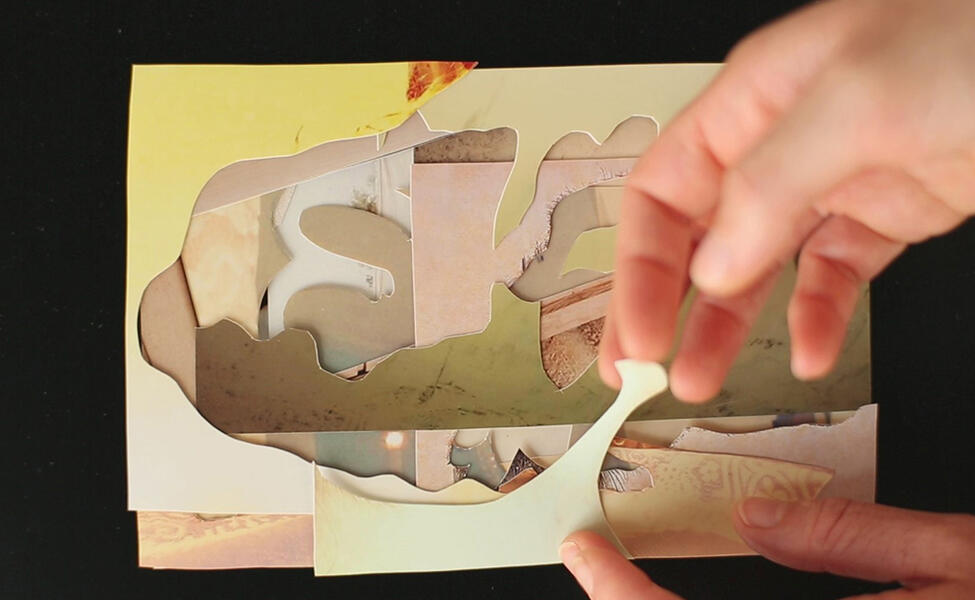 Lilly Lulay (1985, Frankurt, Germany) is a photographer who lives and works between Frankfurt and Brussels. He studied photography, sculpture and sociology of new media in Germany and France. This year he received the Olympus production grant in collaboration with Foam, Amsterdam, Deichtorhallen, Hamburg et Fotografieforum, Frankfurt.

Through her work, Lilly Lulay examines photography as a technique that is an integral part of everyday life and investigates the influence that photographic media have (or have had) on social behavior and the mechanisms of individual and collective perception. Her works could be described as works based on photography rather than photographs. Lulay uses photographic prints, digital data and photographic devices as raw material for her creation and artistic thought, processes photographic images manually by using a variety of techniques, ranging from trimming to embroidery, from installation to collage.

Aware of the overproduction of images, which is one of the characteristics of our time, the artist uses the familiar photographs that her friends give her or buy them in second-hand markets and on the Internet. Her current research projects focus on the "smartphone" as a photographic device that allows not only to take photographs, but also store them, organize them and share them in every situation of life. The theorist André Gunthert uses the terms "connected images" and "communicating images" to describe this new form of photographic culture that arises with the use of the smartphone, a tool that allows to take and share images instantly through social networks and services messaging Lilly Lulay's new works point to the visual designs, icons and pre-established technical settings in which this culture of contemporary image finds itself. The artist also seeks to analyze the gestures that result from the interaction with our touch screens.