Rodin, Centennial at the National Museum of Fine ArtsThe exhibition-curated by the artistic director of the Museum, Mariana Marchesi-gathers 19 sculptures and three drawings by Auguste Rodin (1840-1917) belonging to the Fine Arts collection, in room 10 on the ground floor.

The exhibition-curated by the artistic director of the Museum, Mariana Marchesi-gathers 19 sculptures and three drawings by Auguste Rodin (1840-1917) belonging to the Fine Arts collection, in room 10 on the ground floor. 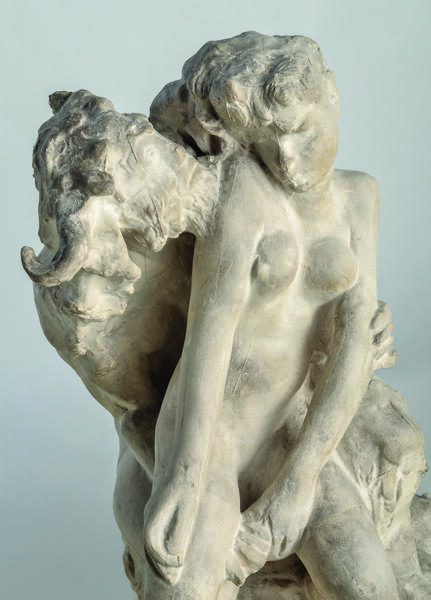 "With his radical humanism, his intransigent and brutal vitalism, while subtly suggestive, full of eroticism and expressive power, Rodin opens a new dimension for sculpture whose effects have not yet been closed", explains the director of Fine Arts, Andrés Duprat, about the transcendence of the artist, with whom the founder of the Museum, Eduardo Schiaffino, maintained a bond of admiration and friendship.

Hinge in the artistic redefinitions of his time, Rodin's work challenged the rules of harmony and balance that governed the prevailing classical academicism. "Their disruptive proposals -postula Marchesi- included new solutions for sculpture: some of them are the use of multiple points of view, the modeling of impossible anatomies and the exaltation of matter by leaving different textures visible that enable the feeling of unfinished" .

Among the pieces that make up the show, two key works, Earth and Moon and The Kiss, trace the starting point of a journey that not only evidences the revolution of forms promoted by Rodin, but also the commitment to a modern aesthetic of those cultural promoters of the young Argentina in which the Museum was founded, at the end of the 19th century.

"The exhibition allows us to appreciate in all its power the drifts of Rodin's works belonging to the national heritage. They are in themselves an invitation to reflect, since their presence in the public space -the thinker, the Sarmiento-, together with the pieces that make up the collection of the Museum, make the sculptor a point of reference for the art of our country, that has had in the dialogue with the French model one of its historical posts", underlines Duprat.

As a complement to the works exhibited in room 10, a selection of sculptures will be presented in room 20, also part of the Museum's collection, which accounts for the impact that the French teacher had in America. The set includes works by Pedro Zonza Briano, Alberto Lagos, Rogelio Yrurtia and Arturo Dresco, some of young Argentine artists who, in the early years of the twentieth century, were attracted by the renovating aesthetic proposals of Rodin.

With this exhibition, the Fine Arts joins the international network of institutions that, through their heritage, carry out a common program of activities to celebrate an artist who radically transformed the way of understanding sculpture.