The Americas Society gallery in New York City inaugurates Alice Miceli: Projeto Chernobyl, a photographic project by Brazilian artist Alice Miceli (1980) that explores the effects of the nuclear crisis in the Ukrainian city. Under the curatorship of Gabriela Rangel ―artistic director of the Museum of Latin American Art of Buenos Aires (MALBA) and the Visual Arts Department director at the Americas Society― and Diana Flatto ―assistant curator of the Americas Society― the exhibition exhibits thirty radiographs that document the invisible leftovers of the explosion. 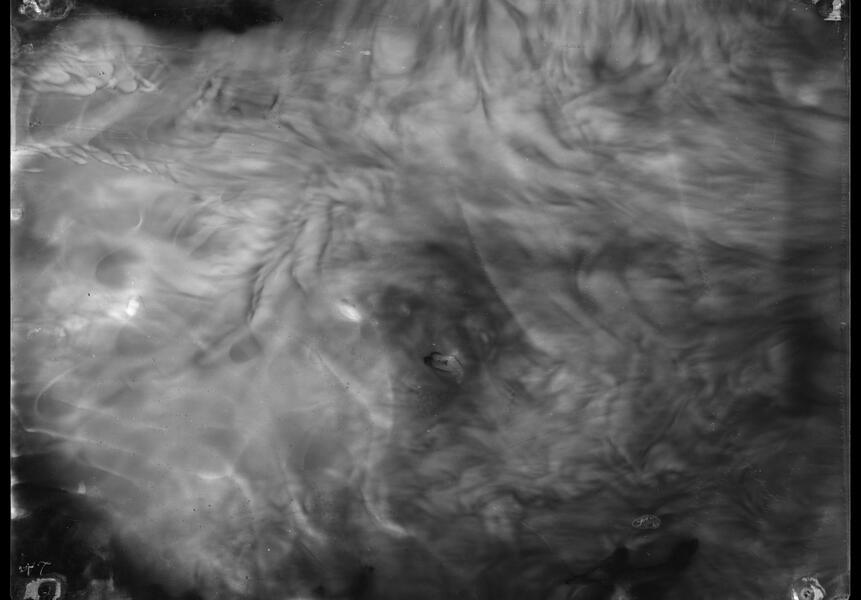 The images produced by Miceli are dated in the 2006-2010 period, twenty years after the Chernobyl tragedy. In order to add a more complete view of the impacts of the nuclear explosion in the city, both socially and naturally, the artist created a photographic technique with the ability to record gamma radiation ―type of electromagnetic radiation that nuclear explosions produce. In this way, the Chernobyl Project adds, from an absolutely new language, a sui generis file regarding one of the most shocking events of the twentieth century. A file where the invisible impact becomes image.

“In Chernobyl, where the defining quality of the environment is the invisible radioactive contamination, which is pervasive but not perceived by our senses, the question of the project became: ‘How to look, and by what means?’” Miceli explained. “I see the act of walking through impenetrable spaces as a form of resistance. It’s not condoning any of the actions that created these spaces; on the contrary, it’s a form of counteraction that confronts them. I’m specifically trying to access and offer a point of view from within the land that has been occupied,” she added.

The project was carried out over four years in which Miceli entered to Chenobyl’s exclusion zone. Given the impact that radiation has on any living organism, the production of the photographs was forced to develop in isolated periods. The language adopted to represent the tragedy embodies the hostility of the environment and its occupation: Miceli crosses the documentary discipline with the visual language of artistic photography and constructs an essential narrative to understand the degree of violence of the events that led to the explosion.

Alice Miceli's artistic production constantly revolves around the interpellation of geographies damaged by human power structures. “She has a unique niche in her research on questions that affect our bodies in a biopolitical manner. She’s one of the few artists concerned with the militarization of the world in the bodies and minds of people today,” holds Rangel.

Finally, it is important to observe this Brazilian artist artwork as a complementary speech to that of contemporary artists such as Adrián Villar Rojas, Lara Almarcegui, Tomás Saraceno or Julian Charrière, who develop their oeuvre based on the concept of Anthropocene, the appropriation and exploitation of natural resources and abuse of private and state structures within that context. It is in this frame Miceli's work gives voice to the violence of political orders and the indiscriminate management of those regarding the communities (human and non-human) that inhabit the regions where they operate.