The Sean Kelly Gallery of New York (475 Tenth Avenue) exhibits until October 19 Constructing Her Universe: Loló Soldevilla, the first retrospective exhibition in the United States of the Cuban artist Dolores "Loló" Soldevilla (1901-1971). Considered as one of the pioneers of abstract art in Latin America, Soldevilla has been since the 50s one of the key figures for reading modern and contemporary Cuban art. 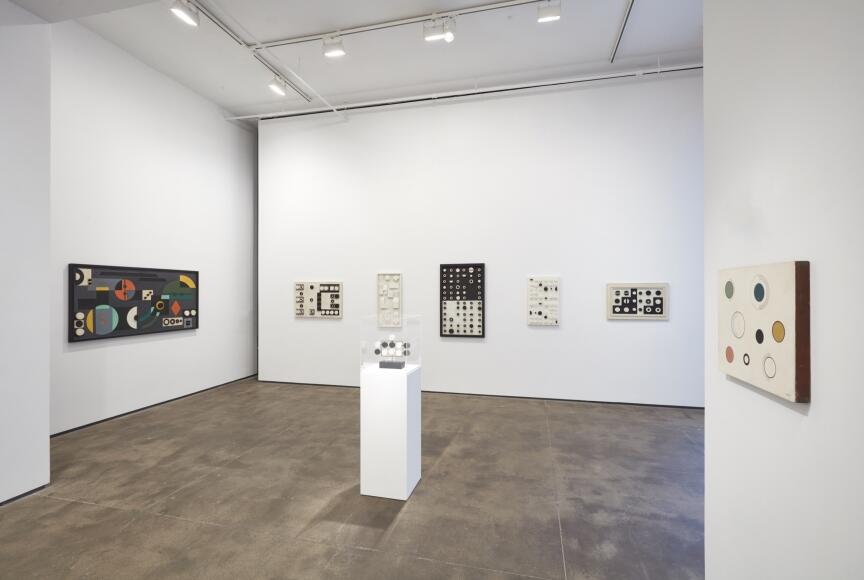 Conceived as a retrospective, the exhibition presents artworks produced in diverse techniques: painting, sculpture, wood pieces and paper works, as well as photographs and biographical archives of the artist. Thus, the more than sixty oeuvres offer visitors a significant body of Soldevilla's career. Likewise, as a complement of the gallery, Rafael Díaz Casas and Olga Viso, both curators and specialists in Cuban art of the twentieth century, devoloped an illustrated essay anthology carried out on the artis career.

Loló Soldevilla is characterized by being a tireless and multifaceted personality. Dedicated to business the first years of her youth, throughout the decades of the 30s and 40s she put all her efforts in the fight for women and labor clasees rights. In the same way, in that period she was an important cultural manager. Already by 1949, with a significant route as music and political activist, she was sent by the Cuban government as a cultural representative in Europe.

In Paris, she successfully entered the painting and drawing workshops of abstract artists Jean Dewasne and Edgard Pillet, and began recording with British artist Stanley William Hayter and Argentine Gustavo Cochet. With forty years old, her works began to emerge within the Parisian scene, where she was exhibited in galleries and halls as one of the transitional artists between figurative and abstract art. In 1950, definitely established as an artist, she developed her Color Luz theory. Consequence of her relationship with sculpture and painting, this aesthetic conception was essential for her Reliefs Lumineux, artworks that incorporate light as an expressive material within abstraction. In 1955 this series was presented at the Salon des Réalités Nouvelles, a pavilion dedicated to abstract art.

Back in Cuba, she founded the Color Luz Art Gallery with Pedro de Oraá. Since her return to the Caribbean island, Soldevilla stood out for being a link between contemporary Cuban art with the Latin American and European scene, and, of course, being one of the greatest promoters of abstraction in the country. Her role as curator was also a key to Cuban art scene: it was precisely she who organized the exhibition Painting Today: The Avant-Garde of the School of Paris at the Palace of Fine Arts in Havana, show that she exhibited the artwork of more than forty Kinetic and Op-art artists. Jean Arp, Sonia Delaunay and Jesús Rafael Soto among others.

For all this and the presence of Loló Soldevilla's career in contemporary artas an artist, curator and manager, Constructing Her Universe: Loló Soldevilla at the Sean Kelly Gallery in New York is a must for anyone who wants to understand and delve into Cuban abstraction and Latin American twentieth century art.