Juan Mulder Collection will be presented at Foto Mexico festival

Through the exhibition "Martin Chambi and his contemporaries. Portraits of an Andean culture at the beginning of the 20th century, "the Juan Mulder Collection will be part of Foto México festival, which opens on Saturday, October 28, 2017 and will remain on display until February 18, 2018. 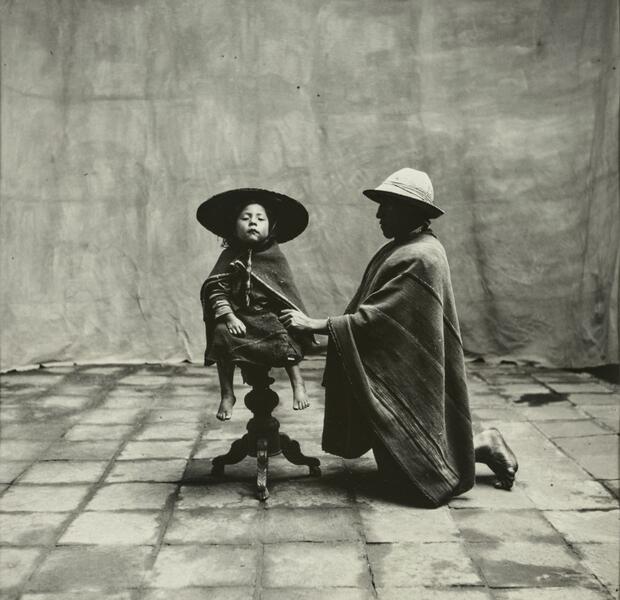 The exhibition puts our most distinguished photographer in relation, through a selection of his work, to those foreign photographers who worked in Cusco and the Altiplano during the life of Chambi, without there being documentation that they have known him.

In the confrontation of glances, the nature of the process of formation of the image of Peru and the Plateau del Collao becomes evident as the heart of South America, which began before Chambi photographed and to which he bequeathed works of one unequaled visuality. His international contemporaries are part of this process, in which they participated inspired by his desire to report in person from the present of an ancient Andean culture.
A total of 113 works from the Mulder Collection will be presented, including 77 original period prints by Martin Chambi from the period 1930-1935, accompanied by works by world-class photographers, also belonging to the collection, such as Irving Penn, Eugene Harris, Werner Bischof, Robert Frank, Pierre Verger, Luigi Domenico Gismondi and Herbert Kirchhoff, among others, who documented the Andean culture about the same period as Martin Chambi.

The set of these 113 works will be presented as a collection within another collection: the Rufino Tamayo Museum Contemporary Art.
The importance of Photo Mexico and the framework offered by the Tamayo Museum of Contemporary Art give a great relevance to the exhibition, since, comparing Chambi's work with that of great international masters, Chambi is being recognized as a figure who represents a turning point in the
Photograph of Latin America in the first half of the 20th century.
According to the director of Foto México, Elena Navarro "For the festival it is very important that a collection of photography of the quality and importance of the one of Jan Mulder is presented. One of the objectives of the festival, besides presenting the most current trends in photography, is to publicize the work of institutions and prestigious collections to promote the practice of photography, so scarce in Latin America. The trajectory of Jan Mulder is admirable, not only as a collector but also as promoter and diffuser of this medium in Peru.
I consider it an exemplary model to follow in Latin America and the fact that a Museum of the size of the Tamayo has chosen to present the collection Mulder endorses the quality and prestige of the collection.

About Juan Mulder Collection
Jan Mulder's Photography Collection is the product of fifteen years of intensely personal impetus for recognition and appreciation of the image. Its main orientation since its origins in 2002 has been a collection of strong support for Peruvian photography by contemporary authors and the preservation and preservation of historical photography (19th and early 20th century). In parallel, it has also focused its attention on the works of contemporary Latin American photographers, with the aim of fostering, through selective acquisitions, a dynamic of dialogue between national photography and other regional photographs. This was worth to him that the organization of the famous Meetings of the Photography of Arles, France, will dedicate in 2012 an exhibition to a special selection of images of the Collection.
The Collection also allows the photography of the current international scene. The collection of works of recent creation, authors of different nationalities and various trends within the panorama of photography today is patently one more dimension in which it has advanced. Thus, selected works of contemporary American, European and Asian photographers find their place in it.