Ides Kihlen: The whole century is carnival at the Museum of Modern Art in Buenos Aires

The Museum of Modern Art of Buenos Aires, under the Ministry of Culture of the Government of the City of Buenos Aires, celebrates the hundred years of the Argentine artist Ides Kihlen with the opening of its exhibition Ides Kihlen: The whole century is carnival, which will have place on Tuesday, December 19 at 6:30 pm at Av. San Juan 350. 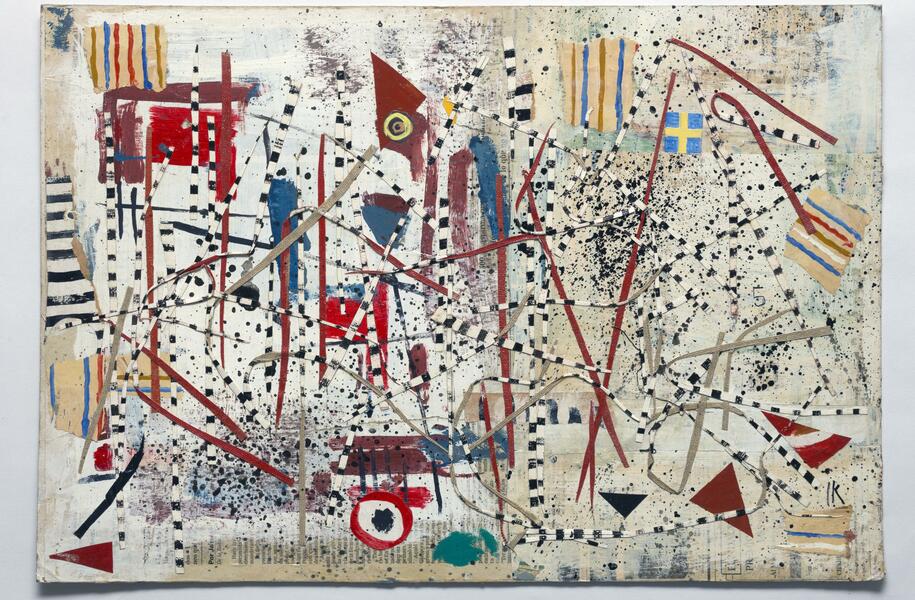 The exhibition, curated by the team of the museum, occupies the Special Projects Room located on the first floor of the Museum. It consists of works that were selected directly from the artist's workshop and that remain unpublished: they are mostly intimate roles that allow an approach to the creative development of Kihlen.

Kihlen was born in 1917 in the province of Santa Fe, Argentina, and spent her childhood traveling between the banks of the Paraguay River, in the town of Puerto Bermejo, and the Rio de la Plata, in the city of Buenos Aires. Since she was a child, she showed an interest in art that remained throughout her life. That road crossed the entire 20th century - her thoughts, artistic movements and conjunctures - in the search for her own language; in it, music also occupies a central place and is the symbolic engine that guides the distribution of rhythms and silences.

Throughout her life, Ides Kihlen had reimagined the possibilities of painting. She desanded the academic codes learned in the School of Decorative Arts of the Nation, where she studied under the direction of Pío Collivadino. Interested in abstract searches, she engaged in dialogue with Emilio Perotutti, Juan Batlle Planas and Kenneth Kemble, whose workshops she attended at different times in her life. Like Kandinsky, Paul Klee or Xul Solar, she incorporated musicality and sonority to her work. "Everything in Ides Kihlen is dynamic: the infinite possibilities of development on the plane, the ease of his compositions and the immediacy of his line", reads the curatorial text of the exhibition.

In Kihlen's work, the elements of ludic abstraction are conjugated with figurative winks that refer to the imaginary of childhood, games and music: circus pennants, clowns, moons, suns, boats and fishes, made with lines that open and give place to a game in which the artist solves details of the figure with cuts and sequins. The game does not only appear as an object of representation, but also as an intuitive and experimental work processes that, in her works, are equivalent to innovation, to the exploration of limits and to the fusion of the arts. As the artist recognizes, her interest lies specifically in the creative process and in the very action of painting.

Ides Kilhen combines rhythms of abstract forms with a personal repertoire of geometric figures, numbers and musical notes. The power of his work lies in that constant dialogue with herself and in her tireless but festive work throughout a century.

Ides Kilhen (Santa Fe, 1917) spent her childhood between the provinces of Chaco, Corrientes and the city of Buenos Aires. In 1932, aged 14, she entered the School of Decorative Arts of the Nation, at that time directed by Pio Collivadino, where she trained with professors such as Antonio Alice, among others. At the same time she studied piano at the Carlos López Buchardo National Conservatory.

After finishing in both institutions, she became interested in the teaching that, in those years, was brewing outside the academy and attended particular workshops of various artists such as Vicente Puig, Emilio Petorutti and Juan Batlle Planas. At the end of the 50s she traveled to Paris, France, to study in the André Lothe workshop. Back in Buenos Aires, she attended the Ernesto De la Cárcova School of Fine Arts, where she attended Kenneth Kemble's classes. Years later, she attended the workshop of Adolfo Nigro.

For decades Ides Kilhen remained at the margins of the professional art circuit. Beyond the important exchange with his peers, she developed her work in the private bosom of her workshop, in the house where she lived most of his life. From the year 2000 she began to exhibit her work in fairs, galleries and local and foreign art institutions. Rafael Squirru, Nelly Perazzo, Fermin Fevre and Mercedes Casanegra, among others, have written about their work.

Current programming in the Museum

Those who visit the exhibition Ides Kihlen: The whole century is carnival can also visit the rest of the rooms of the Museum of Modern Art in Buenos Aires, where they are currently exhibited: