In a ceremony held on Wednesday, December 16 in the Reception Hall of the National Palace of Culture, the Ministry of Culture and Sports presented the 2020 “Carlos Mérida” Award to visual artist Darío Escobar. 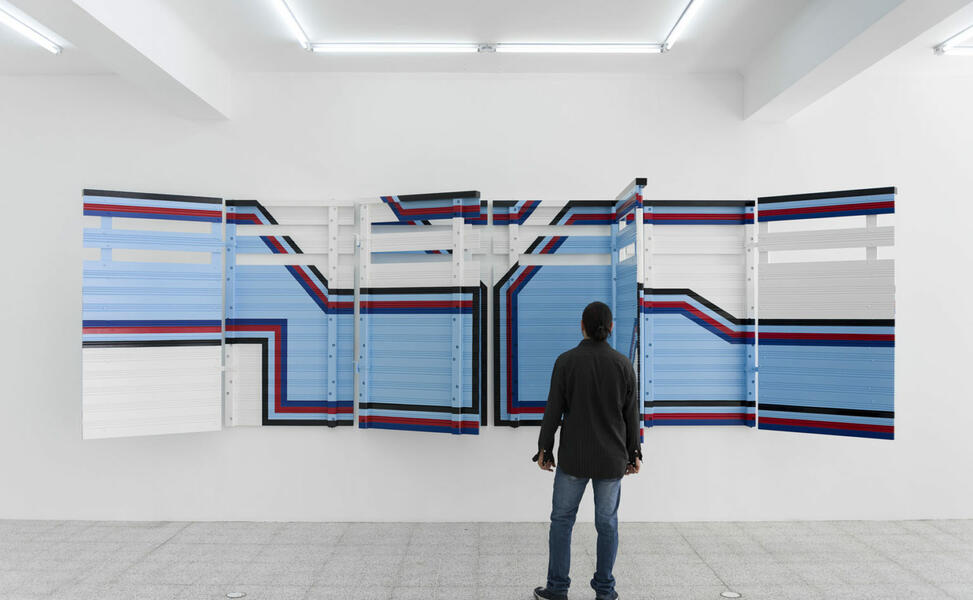 Darío Escobar thanked the Ministry of Culture and Sports for continuing to stimulate the artistic endeavor, despite the conditions imposed by the pandemic. "It is always good not to know yourself alone and what better than the support given by the public response and an institutional entity such as the Ministry of Culture and Sports, which in the midst of such a complex situation, has not abandoned its responsibility."

The “Carlos Mérida” Award was created on January 7, 2016, through a Ministerial Agreement. It is given to individual people who work in the visual arts or have made contributions in favor of this branch of art. It consists of a parchment and the delivery of 50 thousand quetzals. Its aim is to stimulate and promote the development of the visual arts.

Represented by Beatríz Gil Galería, Darío Escobar is a renowned artist. Born in Guatemala City, Darío lives and works there.

His work currently represents a special place of reference within the different aspects that make up recent Latin American art. Since the end of the nineties, he has participated in prestigious group shows in institutions such as the Los Angeles County Museum of Art, the Orange County Museum of Art in California, the Cultural Center of Sao Paulo, the Museum of Contemporary Art of Chile and festivals such as the Biennial of Guatemala and the Venice Biennale, among others. In 2013 he carried out several solo exhibitions, among which the most notable are Abstract Painting, González & González in Santiago de Chile; Untitled at the Kamel Mennour Galerie in Paris; and Blacksmith Paintings at the Josée Bienvenu Gallery in New York. He recently inaugurated the Broken Circle exhibition at the CAFAM Museum in the city of Los Angeles.

Darío Escobar is an architect, painter, sculptor and has extensive experience in the restoration and conservation of colonial art, formal strategies that have led him since 1996 to deploy a consistent artistic work focused on the investigation of the consumer object as a center of action and re-elaboration of our contemporary culture. In his work, the appropriation of entities and merchandise derived from everyday manufacturing mechanisms has prevailed, with the intention of reviewing and digging into the hidden myths of those "apparently harmless" marketable products.

Throughout his career, he has even used techniques from the colonial sacred tradition to insert on these objects a risky exchange of meanings where the complexity of Latin American history springs up in its long chain of mutilations, conglomerates and symbolic transfers, a powerful strangeness of an appropriation that reveals the traps of behavior, the modes of power and the current conduct of our societies.

Escobar's critical force moves from the object to the fictitious paradises of Latin American visual culture itself, a heritage undermined by the melancholic reverie of progressive nostalgia in the face of the harsh realities that swarm in each of his cartographies. This is how the landmarks of Latin American modernity are reprogrammed in vigorous readjustments of lofty geometries that flicker against the harshness of the context, distilling from their dynamic abstractions the indelible traces of gesso and the dark emanations of burnt motor oil. 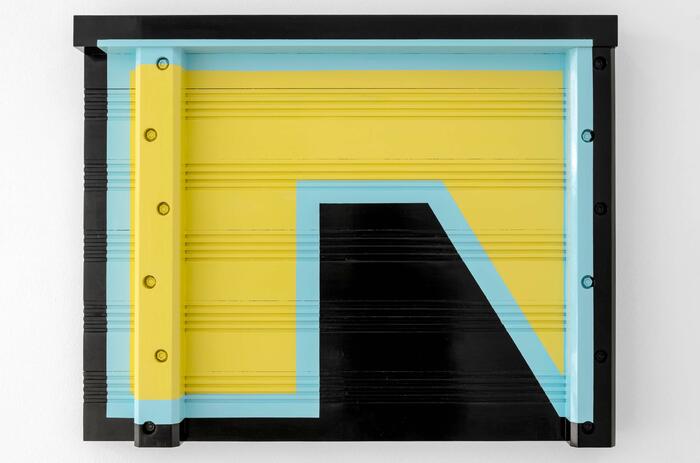