The Contemporary Art Museum of Barcelona (MABA) inaugurated the exhibition Félix González-Torres. Politics of Relationship. Curated by Tanya Barson, the retrospective dedicated to the Cuban artist brings together more than forty artworks, including a series of installations and works located in different public spaces in the Spanish city.

Félix-Gozález Torres (Guaimaro, 1957- Miami, 1996) has positioned himself as one of the most influential artists of the second half of the 20th century, echoing, through his work, diverse social and political conflicts related to freedom, memory, authority and identity. The exhibition presented by MACBA highlights the topicality of González-Torres' work by placing his work in dialogue with the current political context in Spain and the health crisis. 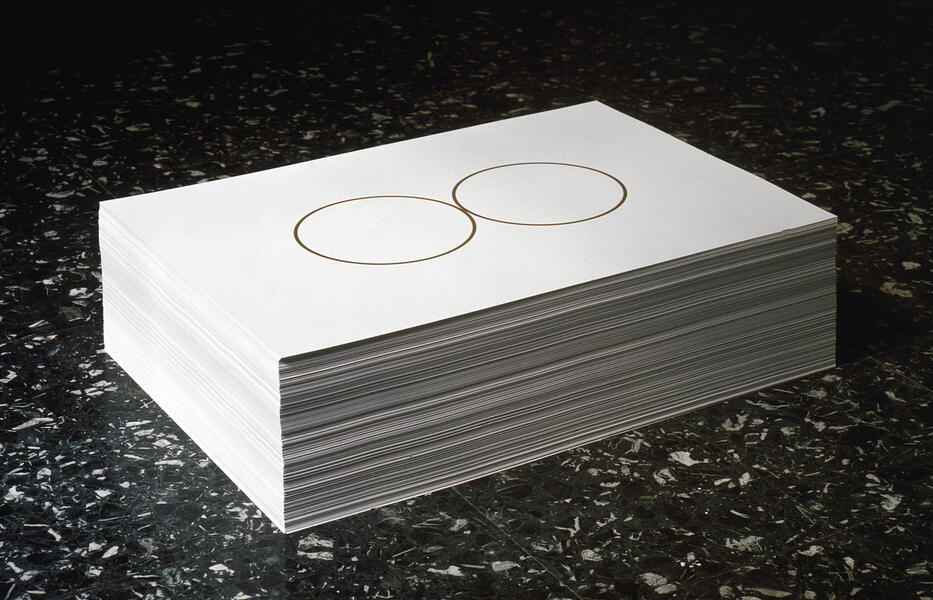 Félix-González Torres. Politics of Relationship is conceived in four rooms that function as four thematic axes, all highlighting the close relation the Cuban artist had with Spain and the dialogues he established between America, the Caribbean and Spain.

The first room focuses on a series of works that revolve around the concepts of authority, judgement and the relationship between memory and amnesia. All the artworks that form part of this first space allude to political contexts of the 20th century, as in the case of the AIDS crisis in the United States throughout the 1980s and 1990s. However, all the critical force that the works possess towards authoritarian and fascist political systems and conservative circles make González-Torres's works impressively topical with respect to, for example, Trumpist policies or Spain's lack of resolution with respect to its own fascist past.

The second room is oriented towards works inscribed in queer discourse in relation to touch and pairing, splitting and resemblance. The works presented in this section appropriate minimalist and conceptual languages in order to convert them, reshaping them into a system of new affective relations that extend their capacity towards horizons of inclusive dialogue. Despite the hermetic character of most of the works, they all oscillate between a cryptic language (the one that allowed him to develop a queer rhetoric on the fringes of the conservatism of the time) and an openness that addresses the specificity of individual identity in consonance with the value of collectivity.

The third room is an invitation to delve deeper into the questions of national identity and exile as causes of an existential quest. The journey, emigration, exile, tourism and flight (as freedom) are reflected in the natural elements of the landscape (the water, the sky and the coast), configuring a system of symbols specific to Félix González-Torres to reflect on his relationship with Cuba and Spain. The works also develop an existentialist poetics of the ephemeral.

Finally, the fourth room exhibits a series of works that reflect on homoerotic desire and its confrontation with patriotism and machismo, materialised in national iconography. The questions posed here by the artist outline questions about what History is and what it should or could be. This series of works is also an example of the value that Gozález-Torres' work has for the public space and the critique of national symbolic systems.

Felix Gonzalez-Torres was born in Guáimaro, Cuba, in 1957. In 1971, while still a child, he was sent with his sister Gloria from Cuba to Madrid. Shortly afterwards, they both travelled to Puerto Rico to live with an uncle. It was there that González-Torres began his art studies, which he would later continue in New York at the Pratt Institute in Brooklyn. In 1987 he joined Group Material, a group of artists working collectively, concerned with social issues and adhering to the principles of activism during the AIDS emergency, a period that also influenced his work. In 1990 he had his first exhibition at the New York gallery Andrea Rosen. Together with David Zwirner, this gallery continues to represent the artist today.  In 1991 Gonzalez-Torres participated in the Whitney Museum Biennial in New York as a solo artist and as a member of the collective Group Material. In 1995 the Centro Galego de Arte Contemporánea in Santiago de Compostela dedicated an extensive exhibition to him. Felix González-Torres died of complications from AIDS in Miami on 9 January 1996, five years after the death of his partner Ross Laycock. In 2007 he was posthumously chosen to represent the United States at the Venice Biennale. The ARCO 2020 Fair replaced the figure of guest country in favour of a vindication of the figure of Felix Gonzalez-Torres. 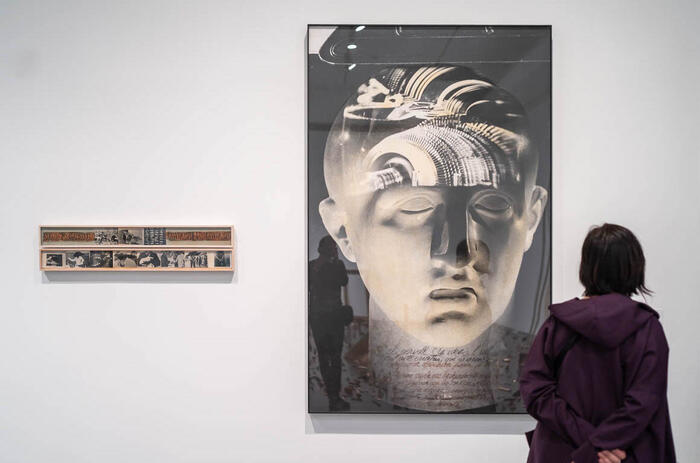 The Rafael Tous Collection, donated to MACBA (Museu d'Art Contemporani de Barcelona) just one year ago, is the portrait of a moment and specific artistic practices. A passionate collector linked to the textile world, Rafael Tous opted for conceptual art as a set of plural practices that prioritized the idea and the process over the object. Without speculative intention and in an intuitive way, Tous set up a collection that brings together the attitudes and experimental works of a group of artists with whom, in many cases, he established bonds of friendship, in addition to accompanying them in their artistic growth. Exhibition curated by: Antònia Maria Perelló, curator and head of the MACBA Collection, and Claudia Segura, curator of exhibitions and Collection.

IN REAL TIME. THE RAFAEL TOUS COLLECTION OF CONCEPTUAL ART