Curated by Ariel Jiménez, the exhibition will be on view until March 20, 202. With the title Iridescent Geometries, the Collection gives continuity to the exhibition project that began six years ago. Since then, its objective has been to promote the study of modern and contemporary art at an international level, emphasizing abstract-geometric practices. 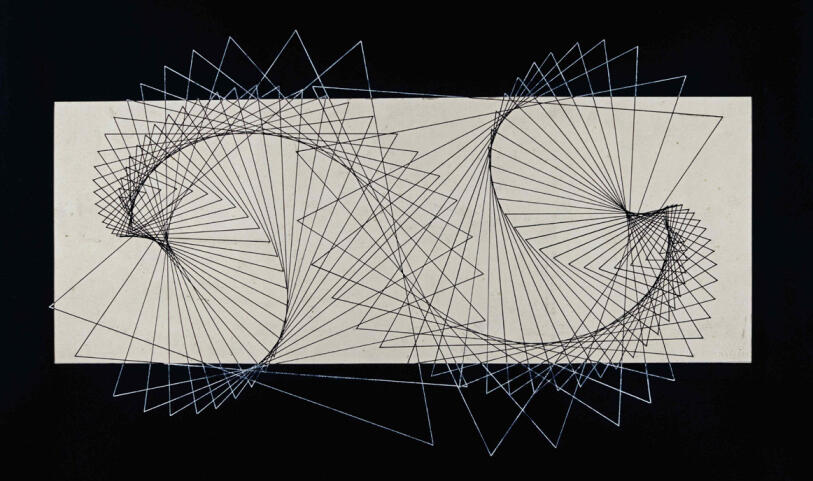 On this occasion, and after having exhibited part of its collection, the attention is set on the work of Ernesto Briel, a Cuban optical artist whose production is practically unknown, even among specialists in Latin American art.

With this, JCMAC hopes to make a supplementary contribution to the study of abstract arts in Cuba, where political circumstances made the development of an art that was thought of as an autonomous practice almost impossible, not because it was disinterested in the political challenges of the 20th century. Quite the contrary, but because its authors were convinced that, by expanding the aesthetic boundaries of a community, whatever it might be, at the same time, the possibilities of reaching a social equilibrium were widening beyond the political demands of a given historical moment. Enriching humanity’s expressive tools implies a political position, not necessarily limited to a specific ideology.

Ernesto Briel is an artist whose work begins in the sixties of the last century; that is to say, when concrete, optical and kinetic abstraction had already borne its best results in the countries of the region, from Argentina to Mexico. With this, the public is faced with an abstract-geometric practice –and typically optical– when the expansion of these aesthetics reached maximum popularity and with it, even a hybridization process that makes this works a curious Pop expression of abstraction. Hence this unexpected hybridization of optical strategies in the manner of Vasarely with Pop motifs, such as traffic signs, letters, stars, and signs of wide circulation in the cities of the present.

Since its inception in 2005, the driving force behind the Juan Carlos Maldonado Art Collection, JCMAC, has been to recognize and generate awareness on the contribution that Geometric Abstraction has made to art history in the twentieth century. In 2016, the JCMAC began a new chapter, opening its acclaimed exhibition space in Miami’s Design District to inspire and create meaningful dialogue around the artists in the collection and their transcendence.

While there has always been a focus in Latin American Geometric Abstraction (1940-1970), a well-known sub-sector of the broader Geometric Abstraction style prevalent during the postwar period, the collection has expanded to include influential artists from all corners of the world. This evolution allows JCMAC to better contextualize the work of their curated artists and provide a deeper analysis of the importance and interconnection of Geometric Abstraction to current art, in a globalized world.