Bienalsur, the most important contemporary art event for the region

Among many other artists, it is worth mentioning the presence of Christian Boltanski at the Museo Nacional de Bellas Artes; Pedro Cabrita Reis, Bernardí Roig and Marie Orensanz in the public space; Mariana Tellería, Iván Argote and Tatiana Trouvé at the MUNTREF Centro de Arte Contemporáneo; Shirley Paez Leme, Angelika Markul and Charly Nijensohn at the Centro Cultural Kirchner; and Vik Muniz and Guillermo Kuitca at the Brazilian Embassy. Several collections will be displayed, including those of the Contemporary Art Museum of Geneva and the Museo Reina Sofía of Spain. 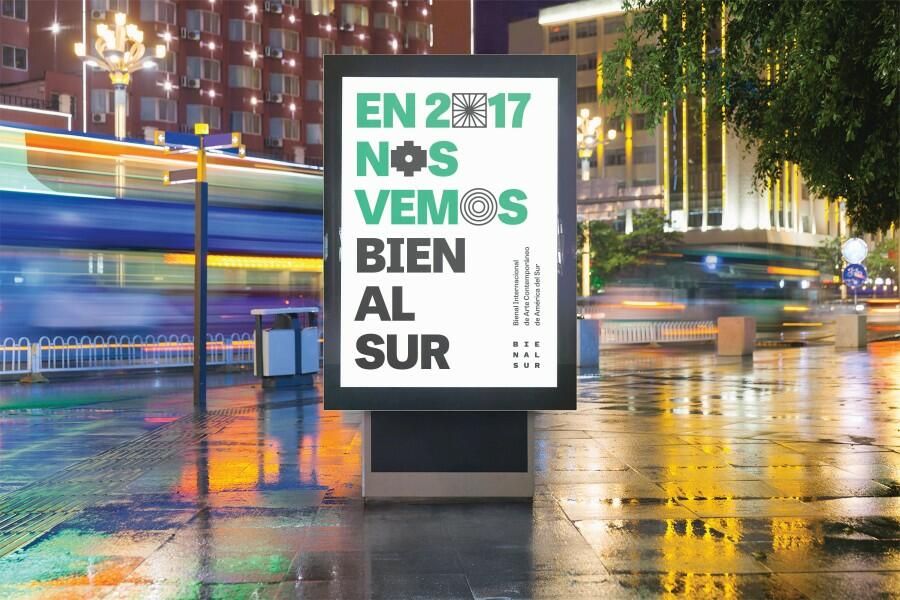 The First International Contemporary Art Biennial of South America is under way with Buenos Aires as one of its venues, in addition to 32 cities in 16 countries, simultaneously connected through art and technology. This unique, powerful, multicultural and global event, which has been taking place since the end of 2015, will offer a wide range of exhibitions between September and December 2017.

BIENALSUR is organized by the Universidad Nacional de Tres de Febrero (UNTREF) of the Argentine Republic. Its Rector, Aníbal Jozami, is the General Director and Diana Wechsler, the Artistic and Academic Director. It is an unprecedented art biennial that for the first time ever in the history of biennials has placed various artists and cities of the world on an equal footing.

It gathers works by over 300 artists from the five continents to be exhibited in 84 venues. The pieces will be displayed at different museums, cultural centres, buildings and iconic public spaces in several cities.

One of the most innovative proposals of BIENALSUR is the unprecedented design of its own cartography. It covers a specific territory and itinerary whose kilometre 0 marker is the old Hotel de Inmigrantes in Puerto Madero, a hub that reaches out to other parts of the city of Buenos Aires, Argentina and the South American continent on a virtually planetary scale.

This new cartographic universe seeks to erase temporal and spatial borders by means of the simultaneity afforded by technology. The use of screens will enable the simultaneous participation in different shows and events in cities that are interconnected regardless of the distance separating them. Spectators will thus feel part of a rich cultural network that aims to integrate the different simultaneous venues through culture.

Some of the biennial intervention spaces in the city of Buenos Aires are the old Confitería del Águila, a new venue of MUNTREF Centro de Arte Contemporáneo in the former city zoo (currently under restoration), which will be transformed into an Interactive Eco Park; various MUNTREF venues; MALBA; Museo Nacional de Bellas Artes; Casa del Bicentenario; Fundación PROA; Centro Cultural Kirchner; Usina del Arte; and the façades of iconic buildings, parks and airports.

The venue in the African continent is Ouidah, in Benin. The European venues include Spain (Madrid and Palma de Mallorca), France (Paris and Marseille), and Germany (Berlin). And finally, in Asia, Japan (Tokyo) follows suit.

BIENALSUR has been conceived on the basis of a global network of institutional collaboration that erases distances and borders, and upholds singularity in diversity. It proposes a vast territory built upon the perspective of a “Global South”.

Over 95% of the works of the Biennial were selected after a careful process that included two international open free topic calls. These open calls invited artists and curators to conceive specific original projects. More than 2,500 proposals from 78 countries were submitted. The calls revealed the recurrent presence of projects in active conversation with each other both inside and outside the world of art.

BIENALSUR aims to develop a real procedural exercise in artistic and intellectual creation. The curatorial work seeks to go beyond conventions inasmuch as it challenges the standard criteria used in contemporary art shows. The curatorial project of BIENALSUR comprises five major guidelines into which the different projects are integrated: Actions and Interferences in the Public Space, the Curatorial Work on each piece selected by the international jury of an international open call, Collection of Collections, Associated Projects and Art on the Borders.

BIENALSUR seeks to flood the territory and invade the public space. Yet, it is not meant to be a “graft” implanted in the communities; instead, it aims to allow the pieces or the interventions at each place to be the result of the work of the artists with their societies in consonance with their cultural and regional diversities.