MOCA presents Adrián Villar Rojas: The Theater of Disappearance, a site-specific installation inside The Geffen Contemporary at MOCA’s warehouse space. 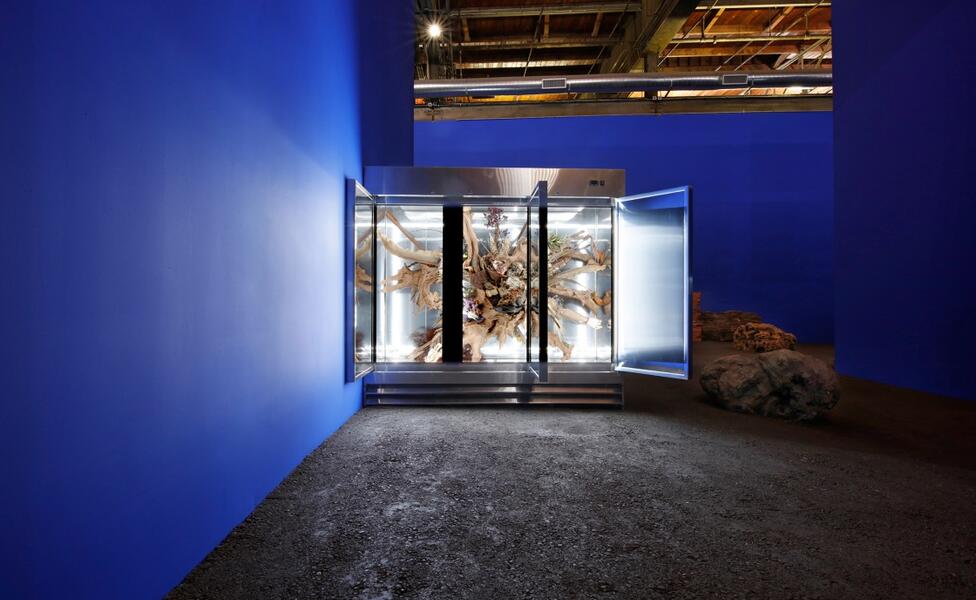 MOCA presents Adrián Villar Rojas: The Theater of Disappearance, a site-specific installation inside The Geffen Contemporary at MOCA’s warehouse space. Villar Rojas (b. 1980, Rosario, Argentina) has built a singular practice by creating environments and objects that seem to be in search of their place in time. Villar Rojas’s interventions beckon viewers to consider fragments that exist in a slippery space between the future, the past, and an alternate reality in the present. With his post-human artworks, Villar Rojas posits the question: What happens after the end of art?

Villar Rojas’s method is emphatically site-specific, requiring a deployment of project-based teams who work on-site for extended periods of time to fabricate the installations. Long before the beginning of a project, he makes a series of site visits to immerse himself in the social, cultural, geographical, and, above all, institutional environment where he will work. This inherently nomadic process echoes his own personal trajectory as an itinerant artist, one of constant travel and engagement with a diversity of sites across the globe. Villar Rojas’s approach is two-pronged. First, before beginning to insert objects into a given space, he considers the ways in which a space might be modified or adapted in relation to the incoming exhibition. Employing a keen sense of spatial awareness, he considers how visitors move through the space, their relationship to scale, and the affective potential of lighting. This sensitivity to the poetics of space is at the core of Villar Rojas’s practice, and no work can begin on a site before these considerations are taken into account, resulting in modifications to the existing space. He can mandate small changes, such as to the size of doorways or color of walls, or structural changes, such as moving the placement of windows or adjusting floor heights. Villar Rojas sees each project as an educational opportunity not only for those who visit the exhibition but equally so for himself. The institutions are given an opportunity, in turn, to reconsider the use of their own architectural assets, filtered or focused through the lens of Villar Rojas’s highly attuned sensitivities.

More than purely aesthetic, this invasive dynamic allows Villar Rojas to develop an almost—in his own words—“parasitic relationship” with the institution; it is in this radical dialogue and exchange where both the artist-parasite and the institution-host explore the limits of what is possible and what is not, what is acceptable and what is not, what is negotiable and what is not. Ethics and politics, no less than agency and decision-making, are at stake in the project, opening a series of tough questions: When and where does a project actually begin? What if an invisible series of housekeeping-like tasks, part of a wide range of circumstances that have been dismissed since the very beginning of art as secondary, is, on the contrary, key to producing that optical illusion we call a “work of art”? What if we made a radical inversion and took the work of art as an excuse to do the housekeeping?