Amalia Caputo (Venezuela, 1964) has an obsession with objects. This does not apply only to found objects, but also to those which are sought, used, discarded, and whose eventual role, assigned to them by the new users, she wants to keep track of.. 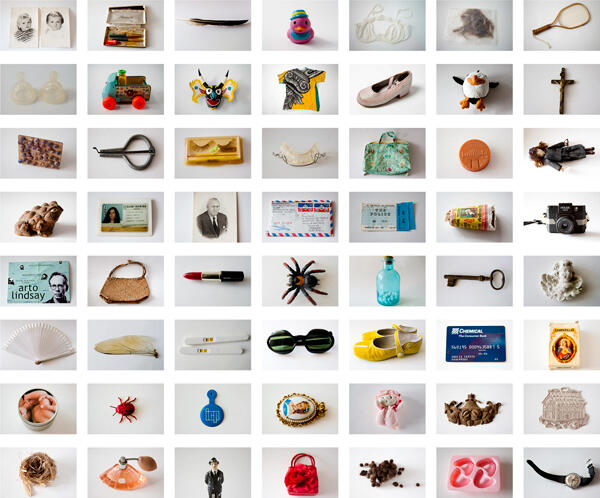 This is the theme she thoroughly analyzed in the exhibition she titled “Transferencias”, in which she photographed “ things”, digitalized them in a video and finally decoded them in a long series of images she assembled, perhaps based on her own personal experiences. The objects − of that story − were also exhibited on long tables. They were pieces the artist had collected for decades and had now decided to part with, endowing them with a new aspect. Besides, she exhibited those implements for the viewers to take away, if they so wished, and assign a new use to them. The only requisite was that they should say who the new owner was. In this way she created a sort of “ family tree” of each object.

What she discarded were not precisely luxury goods, nor were they impeccably preserved. But in times of crisis everything goes. The proposal − not devoid of humor − not only contributed a new gaze on the subject of the found object, but also inserted it in a present-day dialectics. It was a recreation of memory insofar as we forget those elements which once aroused our enthusiasm but which lose interest with the passage of time. Caputo has become involved in a global concern to review past approaches with certain ecological consideration. An issue in which global art currently participates.