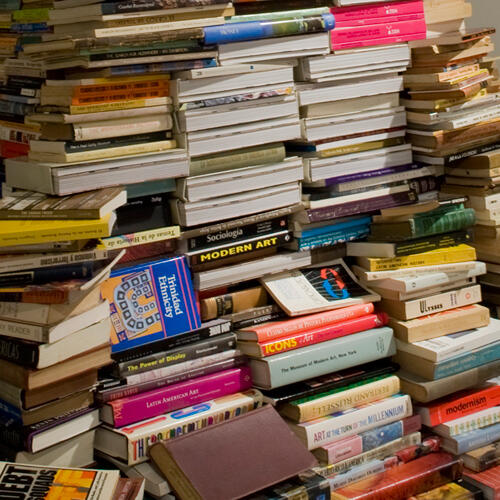 Deborah Cullen, PhD (United States), who is in charge of the concept for this edition of the Triennial will head the curatorial team composed by by Sergio Bessa (Brasil), Úrsula Dávila-Villa (Mexico) and Rebeca Noriega (Puerto Rico). This third edition of the Poly/Graphic San Juan Triennial: El Panal/The Hive, proposes to explore the notion of graphic practice as reliant on its essentially collaborative spirit, emphasizing the social networks, real or virtual, in which key people and practices converge. By focusing on linked histories and forged connections, it suggests that the legacy of the traditional workshop spirit survives today through new, shared undertakings that join people in real or virtual space rather than isolation.

This edition of the Triennial will examine and emphasize the importance of collaborative participation in projects with an essentially graphic intention. El Panal/The Hive will present works from well-known artists and graphic workshops from the Caribbean, Latin America and North America, and will commission select artists or groups to create new projects, often by creating exchanges with workshops.

The Poly/Graphic San Juan Triennial is the main cultural event sponsored by the government of Puerto Rico, directed by the Institute of Puerto Rican Culture and coordinated by the Fine Arts Program. Created in 2003, the Triennial is an ambitious artistic event with international scope that promotes contemporary experimental practices with emphasis on graphic art and its multiple forms. Each edition of the Triennial, proposes a unique curatorial theme and stimulates the combination of traditional graphic art with contemporary practices, as well as the use of technology in today’s artistic development.

The second edition of the Poly/Graphic San Juan Triennial held in 2009, and was curated by Adriano Pedrosa (Brasil), Head Curator, Jens Hoffman (United States), Julieta González (Venezuela) and Beatriz Santiago Muñoz (Puerto Rico). This edition reinterpreted the notion of the poly/graphic proposed by its first edition, in 2004. For this Triennial, the poly/graphic unfolded into multiple experimental and marginal, printed and graphic practices, encompassing a diverse range of poly/graphic platforms such as artists' books, posters, magazines, wallpapers as well as a multipart exhibition. A special focus was given on to publications, which lay at the very centre of that Triennial and were displayed in a Reading Room, which was built at the Arsenal.