The influential artist Carmelo Arden Quin, born in Rivera, Uruguay, in 1913, passed away on September 27, 2010 at 97 years of age, in Savigny-sur-Orge, in the outskirts of Paros, where he settled because of its proximity to the city that served as the communicating light and bridge for the creators of Latin American geometric abstraction. 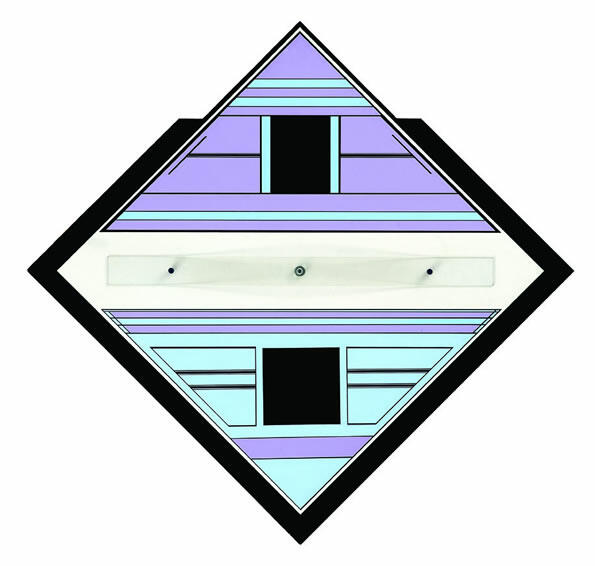 It was during the return of Joaquín Torres García (1874-1949) from Paris, when in 1935, Arden Quin went to one of his conferences in Montevideo that he would always remember as the starting point of an art that would defend the notion of invention surpassing the idea of any type of representation:

“It was the first time- he declared many times- that I heard names like Mondrian, Kandisnky, and Malevich, while I saw images of their work. I became a pure geometric right then and there”.

Merely a year later he participated in a collective exposition to benefit antifrancoist Spaniards. In 1944 he created the magazine Arturo, which would be an outreach forum that spread the emerging ideas of the MADI movement, which he helped found along with other artists that participated in the launching of the historic MADI manifest.

For Carmen MADI painting was: “Color and bi-dimensionality, polygonal forms, curved surfaces, concave and convex… planes that were articulated with lineal, rotary or translating movements: coplanar”.

Adhering to a search that radically prepared for the illusion of representation of the bourgeois reality, he started to create art that did not try to express or mean anything, but rather looked to achieve that the object “was born and delirious, surrounded by an imperishable radiance”.

The Manifest asked architecture to be mobile, to turn in its own axis in order to make unceasing forms, and defined painting by going outside the rectangle to which it had been always confined. “We- Arden Quin declared, alluding to Rothfuss’ revolutionary cut frame – introduced the diagonal and made it possible to paint in obtuse and acute angles that transformed the plane radically”.

Besides the multiplication of the angels, “infinite like numbers”, of the new forms that these created when they entered and left the painting and the surprising overlapping of the planes, the MADIs, said Arden Quin "follow the lessons of our ancestors, the futurists and we incorporate the abyss, that round hole that takes the eyes behind the fabric, and integrates an unseen space into the composition of the piece”.

In sculpted works such as Juguete del perro acostado (The Toy of the Resting Dog) Arden Quin applied the idea of the variation of pieces with abstract volumes. His idea was that the world encrypted in geometry- the essence of the universe- was deciphered through the movement of the observer that, moving around the piece, altered it.

"The most extraordinary organ that we have, the eye, is mobile; the eye is MADI, it is the organ of light that cannot be separated from geometry and that reconstructs forms all the time”, affirms Arden Quin.

He enjoyed the idea that the artist is a sort of aesthetic toy maker for the enjoyment of the eye and the mind, but he knew that an universe is only manifested when that “type of universal order” that he sought not only through geometry, but also through verses, is seen. “I observe the signs from the air”- he wrote in a beautiful poem that could anticipate a definite physical absence that he inscribed in the tradition of geometric abstraction before leaving.