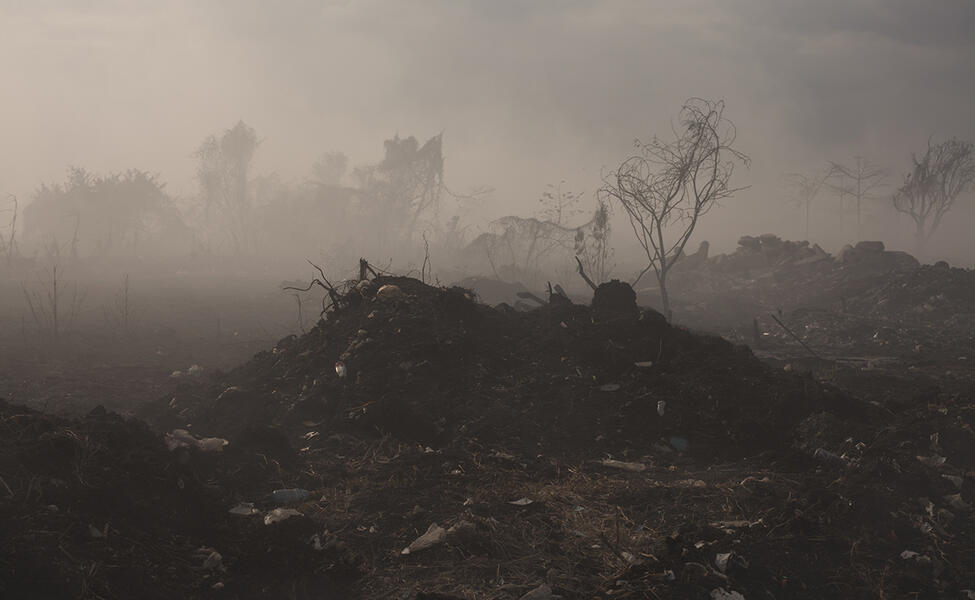 Relatos de la desolación en México—an exhibition of work by José Luis Cuevas, YaelMartínez, and Rodrigo Sánchez—is currently on exhibit at ArtexArte - Fundación Alfonso y Luz Castillo. Lelia Driben, an Argentine curator who lives in Mexico City, is the one responsible for bringing the Mexican artists’ photographic essays to Buenos Aires. These images reveal emotions as specific as they are universal: the tone of despair, the situation of the common man, popular celebrations, and the color of the hopeful pursuit are similar throughout Latin America and, indeed, the world. The perspective of these photographers does not hide, but rather exposes the paths of a certain reality; whereas Cuevas’s photographs insinuate the psychological traits of his subjects, Martínez dwells on painful absence and Sánchez on the most intimate side of society.

Thanks to the large dimensions of the foundation’s venue, this group show is like three solo shows, with one artist on each floor. In the series Nueva Era [New Era], José Luis Cuevas—not related to the well-known artist of the same name—exhibits apocalyptic landscapes and perceptive portraits in images of Latin Americans in the middle of a religious voyage in pursuit of something or someone to guide them down life’s path; trance and worship in stances and expressions that say it all. In his series El hombre promedio [The Average Man], the artist wanted “mainly for these persons to convey a certain emptiness, a certain existential conflict” and so he found them caught in the middle of Mexico City’s hustle and bustle. Yael Martínez presents three series: El olvido [Forgetting], with images of her grandmother in her final days, then of her empty house, and then of the sorrow at her passing. Pain is also central to La casa que sangra [The House that Bleeds], works suggestive of the violent Mexico of drug crimes (the origin of the series was the kidnapping of a member of the artist’s family). The third series, La raíz oscura [The Dark Root] contains traces of the legacy of pre-Hispanic peoples; the curator points out that some of these photographs can be tied to the use of light in Tamayo’s work. The black-and-white images with no explicit calamities in the Aires de México [Mexican Airs] series by Rodrigo Sánchez are just that: fleeting images of customs, of moments of celebration, of the people’s breeze.