TURNER WATERCOLORS AT THE NATIONAL MUSEUM OF FINE ARTS OF ARGENTINA

On Wednesday, September 26, the National Museum of Fine Arts of Buenos Aires (Argentina) inaugurates a J. M. W. Turner solo show. With an unprecedented exhibition in the country, 85 watercolors of the English painter will be exhibited until February 17th. 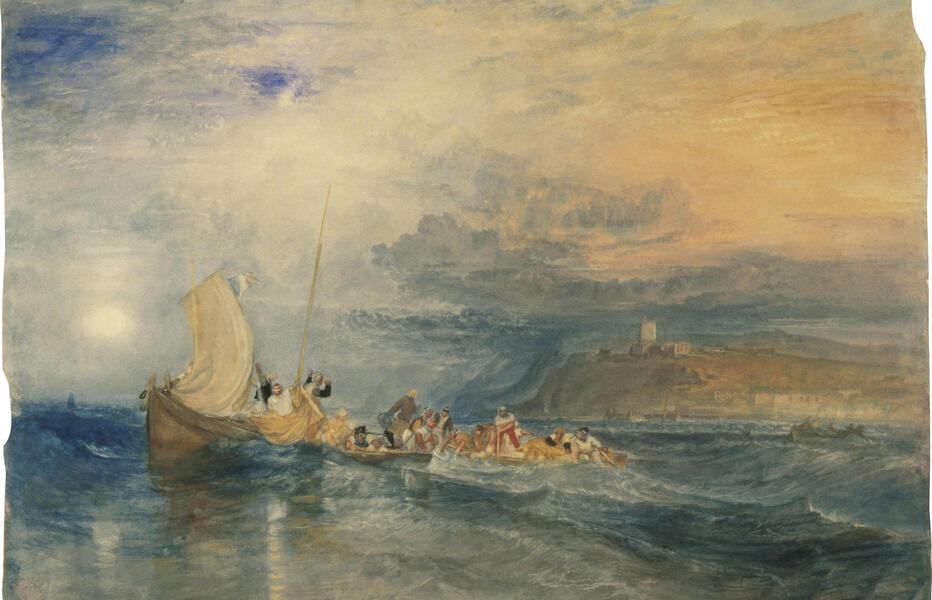 Emphasizing the relevance of watercolors at Turner’s work (1775-1851),  J.M.W. Turner. Acuarelas (J.M.W. Turner Watercolors) show more than fifty years of work on this technique. Thus, the retrospective allows us to understand the different themes and inspiration motifs of one of the most important landscape painters of universal painting.

Known by his peers as a controversial figure, Turner was an insatiable traveler. National Museum of Fine Arts Director, Andrés Duprat said: "In the history of images, Turner's romanticism inscribes a cut that, while it conceives nature as a lost paradise, sends it to a mythical place. In his works, nature becomes a place where history -human action- opens up, disruptive, and imposes a new course, prompting to read in it the figure of a time gone by: the virtuous union with the natural world ". "However," he continues, "Turner dismisses the desire for harmony between humanity and its creations. In it, nature always triumphs, takes revenge on its creatures."

Turner's watercolors are not only appreciable for their handling of the technique. Developed at the end of the 18th century and, mainly, at the beginning of the 19th century, the paintings of the British artist also function as a record of the industrial landscapes of England at that time - traversed by the industrial revolution.

Curated by David Blayney Brown -one of the most recognized Turner specialists worldwide-, J.M.W. Turner. Acuarelas is an exhibition carried out by the National Museum of Fine Arts with the collaboration of Tate Modern, where the works come from.

"Intimate, expressive and experimental, the works offer a unique approach to the thought, inventiveness and inner world of the great romantic painter," Brown said. "This selection allows us to review the artist's progress, from the beginning as a surveyor and draftsman of architecture, to the dynamic approach of an extraordinary variety of themes, based on the refined appreciation of light, color and atmospheric effects. A group of these watercolors shows the public impact of their production and accompanies these more personal works, which have the same current status as when they first came out. "