"TIME GEOGRAPHIES": THINKING THE LANDSCAPE FROM THE ANTHROPOCENE 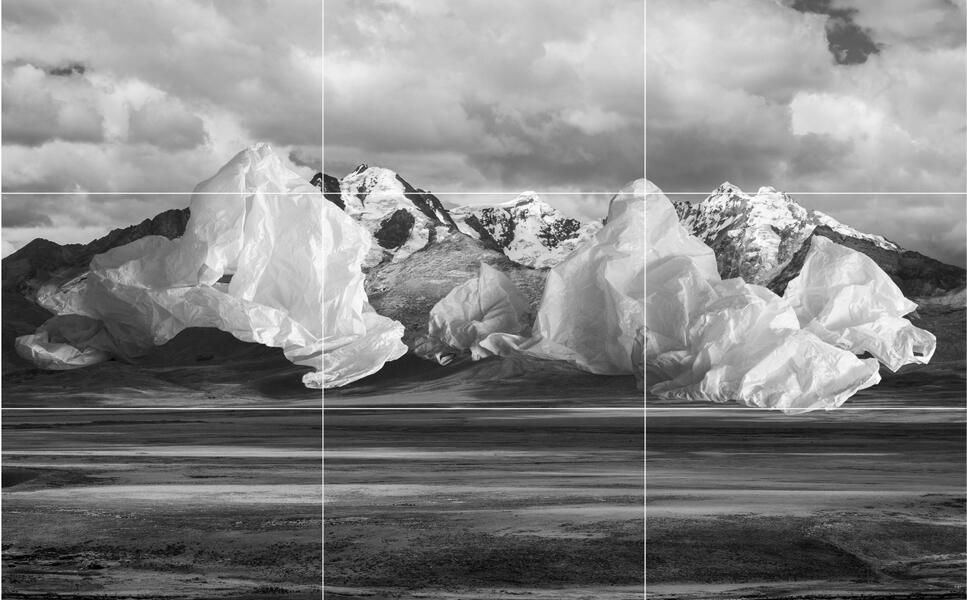 Noblecilla makes use of contrasts as a language. Geografías del Tiempo is an example of this. The past and the present suggest in the spectator a vision of the future; the documentary and the fictional allow the imagination of an alternative project; the natural and the artificial presuppose the construction of a landscape with android characteristics. Thus, these dualities allow the artist to manifest and project an image of the world from here -from the anthropocene- onwards, to a future time, even not so far away. Noblecilla images are not only a diagnosis of the landscape in the current times, but also, they are established as action plans, as a hotbed of ideas to materialize.

"The readings about the environment, the transformation of images, the creation of realities, the ultimate nature of matter", explains Ana María Rogrigo with respect to the work of Noblecilla, and adds, "they are there and invite more and plural associations, senses, dislocations and constructions of meanings and signifiers ". The precise and rational geography is superimposed on the landscape, conceived by humans in an emotional and irrational way.

Lorena has presented her work in numerous exhibitions in Latin America and Europe. In Lima she has participated in collective positions in the Metropolitan Museum of Lima, Inca Garcilaso Cultural Center of the Ministry of Foreign Affairs, in the National Library of Lima, as well as in the Amano Museum (Pre-Columbian Textile Museum). It also has three individual exhibitions entitled: Compás (Compass), De lo ambiguo (Ambiguous) and Colonización del espacio (Space Colonization). On an international level, she has exhibited her work in festivals and photography colloquiums such as PHotoEspaña (São Paulo and Madrid), Cuatro Caminos Museum (Mexico City) and ARCO (Madrid).

Her work is part of public and private collections such as FOLA (Buenos Aires), Jan W.Mulder Collection (Lima) and the Art Museum of San Marcos (Lima). Her photographic work appears in publications such as Lima, Peru, by Mario Testino. He studied Plastic Arts at the School of Alternating Current Arts and held photography workshops at the Image Center. She is the first finalist of Descubrimientos PHotoEspaña 2017 for the Master's degree in photography. Live and work in Lima, Peru.