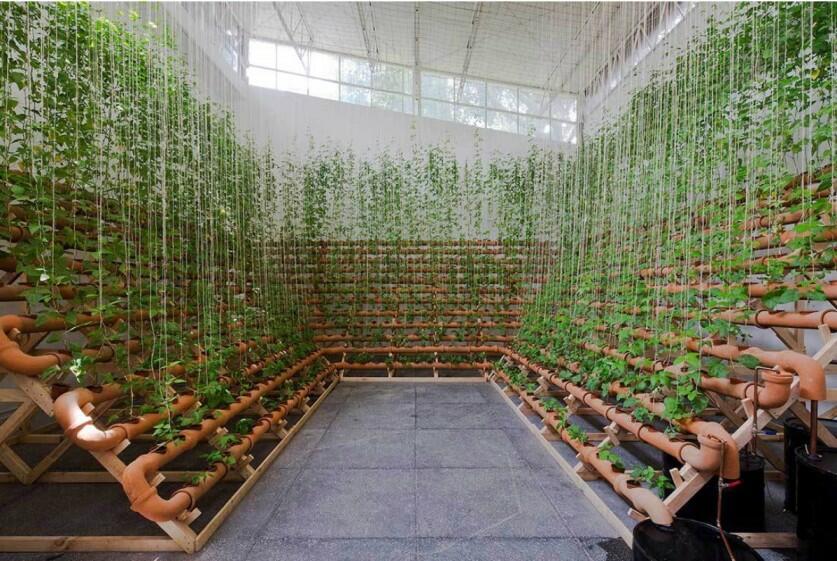 Characterized by joint effort and mutual leverage between the curatorial project and institutional activity, the 34th Bienal de São Palo emphasizes the poetics of “relation”. To this end, it has adopted an innovative operational structure, which involves the holding of shows and actions presented at the Bienal Pavilion from February 2020, coupled with the articulation of a network of more than twenty São Paulo institutions. Once the Bienal Pavilion is completely occupied by the edition’s main show, opening in September 2020, these institutions will hold, in their own spaces, exhibitions that are part of the 34th Bienal.

With Jacopo Crivelli Visconti as chief curator and a curatorial team consisting of Paulo Miyada (adjunct curator) plus Carla Zaccagnini, Francesco Stocchi and Ruth Estévez (guest curators), the Biennale is titled Faz escuro mas eu canto, a line from a poem by Amazonian writer Thiago de Mello. In his work, the poet speaks clearly about the problems and hopes of millions of men and women around the world: “Hope is universal, the social inequalities are also universal (…). We are at a moment at which the apocalypse is gaining on utopia. For some time now I have made the choice: between apocalypse and utopia, I’m staying with utopia,” the writer says. Crivelli Visconti added: “by its title, the 34th Bienal recognizes the state of anxiety of the contemporary world while underscoring the possibility of the existence of art as a gesture of resilience, hope and communication.”

The operation of the 34th Bienal de São Paulo is based on three different axes: space, time and depth. In time, it extends with the previously mentioned solo shows and performative actions that will introduce some of the themes that will be developed in the main exhibition. The artworks of the solo shows will thus reappear in the large group show, in new contexts but also bearing the meanings acquired in their previous showings.

Crivelli Visconti says: “Brazil and Latin America are very well represented, both in terms of the artists’ nationalities as well as the subjects they deal with, which range from social and political issues to the recovery of ancestral knowledge. At the same time, special attention is given to the power and urgency of the production within the expanded field of the African diaspora. Generally speaking, the 34th Bienal wishes to shed light on productions that deserve more attention, such as contemporary indigenous art (Brazilian and from other parts of the world) or that produced in the Caribbean.”

The first of the shows is by Peruvian artist Ximena Garrido-Lecca. Her research examines the turbulent history of Peru and explores the cultural impact of the neocolonial patterns that are transmitted through processes of globalization. Her solo show will open parallel to the holding of the performance A Maze in Grace, by Neo Muyanga, in which a large choir of voices will perform a new composition of his authorship, based on the song Amazing Grace, often sung as a hymn at rituals of trauma and public struggle or to create feelings of bonding at large political gatherings in different parts of Africa and the English-speaking world.

The second solo show, to open in April 2020, is by Clara Ianni, whose artistic practice explores the relation between the perception of time, of history and of space in the current context of globalized capitalism. The opening of her exhibition will coincide with the performance Palabras Ajenas (1965-1969), by Argentinean León Ferrari. Palabras Ajenas is a literary collage that appropriates quotations from historical figures to construct a dialogue on violence, war and power.

In July 2020, the third show at the Bienal Pavilion will open, with works by North American artist Deana Lawson, who produces intimate images of people and places, often blending spontaneous, staged and found photos. Attentive to the stereotypes of Western and African portraits, and committed to extrapolating their limits, Lawson produced a new set of images in Salvador, as part of her series of photos that portray, with an extremely personal approach, places marked by the strong presence of cultures deriving from the African diaspora.

The last of these introductory presentations is a performance authored by Hélio Oiticica, entitled A ronda da morte (The Rhythm of Death). The performance was conceived in 1979, when the artist returned to Brazil after living between London and New York for about ten years. It was created as a poetic and symbolic response to the optimism in the country following the decline of the dictatorship- a feeling the artist did not share, as he understood the many structural changes that could bring effective social justice were still lacking.