In the Modern Art Museum of Medellín (MAMM) inaugurated the exhibition Territorios Comunes (Common Territories). Taking its name of an exceptional painting by the Antioquia artist Jeison Sierra, the MAMM reveals the new incorporations to its collection: 47 artworks by 31 artists, donated or acquired by the Museum since its relocation at Ciudad del Río, in 2009. Thus, Territorios Comunes is a kind of celebration of the museological project and the expansion of patrimonial heritage in which it has been working for the last decade. 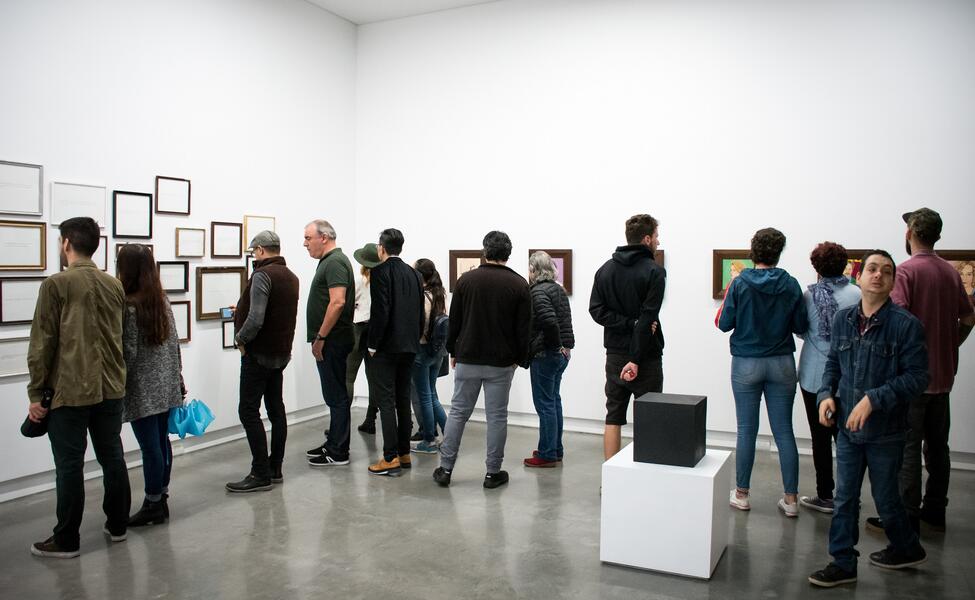 At the end of the 70s, in 1978, Colombian artists, intellectuals and businessmen came together with the objective of forming a foundational patrimony of what would be the MAMM. Each of these members made contributions with artworks of their property or authorship that shielded the nucleus of one of the most important museums in Colombia. This initial gesture, would spot, as Territorios Comunes does in this opportunity, not only the standards of the institution but a programming that, all the time, revolves around its collection. Likewise, artists and collectors of subsequent generations adopted the initiative: in the last ten years more than 100 works entered the MAMM. The museum is thus transformed into a meter of the Colombian scene. However, the oeuvres incorporated in the last decade were not necessarily produced during that period.

"The artworks exhibited in this exhibition have in common the territory", explains the Chief Curator of the MAMM, Emiliano Valdés. "The land, the countryside, the city, among others. In addition, this review of the Museum's recent collection brings us closer to the subject of art itself (institutional criticism and abstraction), which is just another of the territories through which artists travel when producing their works. " Almost as if it were a historical archive, Territorios Comunes makes visible the transformations, both in productions and processes and, above all, in people (artists, collectors, Friends of MAMM, businessmen, etc.) that over time made - and still do- the collection possible.

With the axis placed in the territory and in the exploration, this exhibition that is shown until November 11, allows the visitor to know, on the one hand, the development of the Colombian modern scene; on the other, to glimpse, through more recent works, the emergence of the contemporary scene within its genealogical environment.

After being in the Carlos E. Restrepo neighborhood for 30 years, the MAMM arrived in 2009 at the restored Talleres Robledo building in Ciudad del Río, the former headquarters of the Siderúrgica de Medellín SA company. -Simesa. This new space awarded by the Mayor of Medellín as a recognition to the management of the Museum, later became a 9,910m2 building, with Theater, Terraces, new exhibition rooms and a large square with commercial offer in the vicinity.

Artists at the exhibition