Until November 8, 2020, this exhibition examines artists working on the margins of modernism in the Americas and the Caribbean. 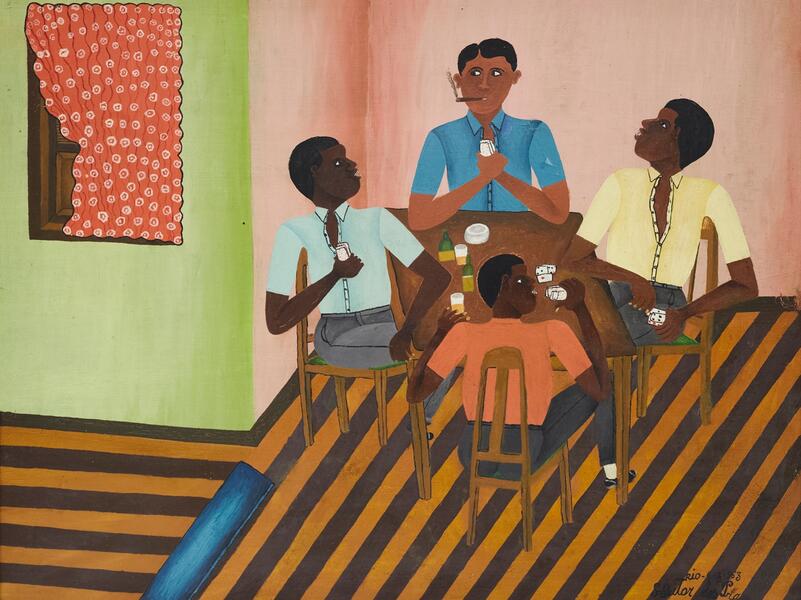 El Museo del Barrio’s new exposition delves into the work of 30 artists from the Americas and the Caribbean. Curated by El Museo’s Chief Curator, Rodrigo Moura, and originally planned as an in-person experience, the exhibition was adapted as a virtual presentation. The show departs from the term “popular painters” to identify artists working on the margins of modernism and the mainstream art world between the 1930s and 1970s.

Popular visual sources provide the narrative thread of the exhibition, which is divided into thematic sections around labor and daily life; street festivities and gatherings; black Atlantic religion; vernacular architecture; and bodily representation. In addition to these themes, four artists are presented in monographic sections: Andrés Curruchich, Martín Ramírez, José Bernardo Cardoso Jr., and Felipe Jesús Consalvos. Diasporic experiences are shared by the artists featured in the show—whether as African populations in the New World, Latin American and Caribbean people in the United States, or in reference to the displacement of Amerindian populations within their own territories. This is reflected in the impact of migration, exclusion, marginalization, cultural resistance, indigeneity, self-determination, and autobiography that is present in their works.

“Most of these artists and their aesthetic languages have been described in the past as naïve or primitive, labels that this exhibition rejects as pejorative and reductive in that they implicate racial and social bias and prejudice. This show reflects El Museo’s continued commitment to redefine art beyond Eurocentric limitations,” says Rodrigo Moura.

Originally planned as a Permanent Collection show, canceled after the COVID-19 outbreak, the online exhibition expands its initial scope to include loans from private and institutional collections, including U.S. and international Museums such as the Smithsonian American Art Museum, the Museum of Modern Art, Museu de Arte de São Paulo, and Tate Modern.

“Through this exhibition we are amplifying artists that have operated outside of the canon. Through our team’s research into the Permanent Collection, it was wonderful to find a number of works by artists from Brazil, Haiti, Puerto Rico, and the diaspora, who not only offered strong representations of works on the margins of modernism and the mainstream art, but also those that challenged and further expanded the canon,” added Moura.