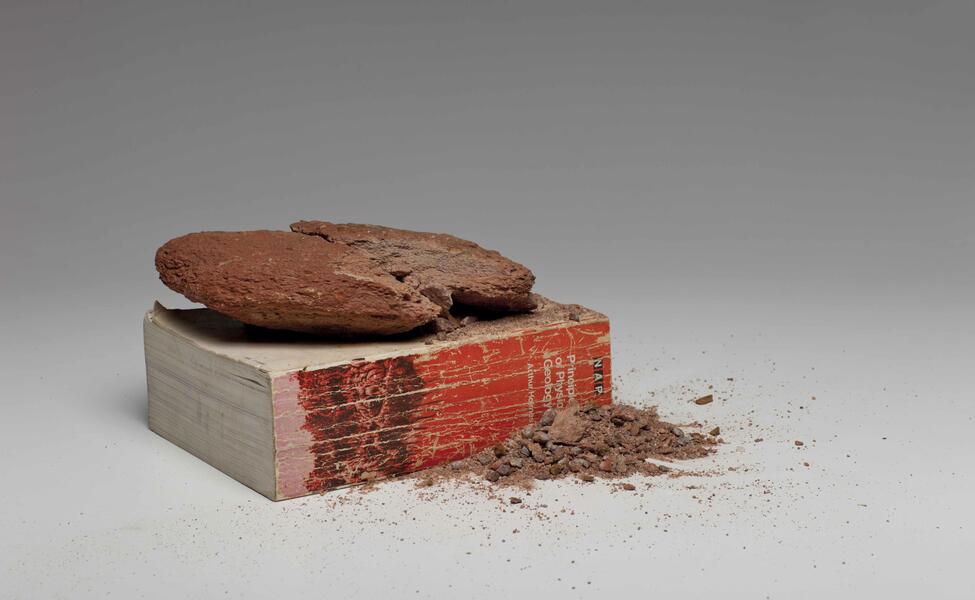 The exhibition premieres at MUMA on July 20 and runs until September 17, before moving to the IMA where it runs from October 29 to December 18, 2016. The exhibition will travel to Kunst-Werke Institute of Contemporary Art in summer 2017. Nicholas Mangan is an artist who masterfully holds a number of complex narratives in balance through his immersive moving-image installations. In his works, micro and macro worldviews spin around one another creating new forms of knowledge and experience. The exhibition brings together five major projects made by Mangan between 2009 and 2016. The source of the exhibition's title, Limits to Growth, is a 1972 report that tests the impacts of exponential economic and population growth against the finite nature of the world's resources.

The works in this show emerge out of the conditions of Mangan's own geographic region, the Asia Pacific, in which his home country of Australia has played a decisive role. Mangan weaves the geographic specificity of these locations into a bigger picture that takes into account the global economy, resource extraction, and the ultimate power of the sun.

Nauru—Notes from a cretaceous world 2009–10 explores the boom and bust economy of Nauru; Progress in Action considers Indigenous activism against mining corporations in Bougainville, Papua New Guinea; while a newly commissioned work, titled Limits to Growth, takes as its starting point the ancient currency Rai, comparing these large stone coins from the Micronesian island of Yap to one of the newest global digital currencies, Bitcoin. Together these artworks capture the sensitivity with which Mangan tackles key issues of our era, notably, the socio-political context of energy extraction.

The exhibition will be accompanied by a 262-page fully illustrated publication designed by Ziga Testen and is published in association with Sternberg Press. It includes newly commissioned texts by Ana Teixeira Pinto and Helen Hughes, along with a conversation between the artist and Barcelona-based curatorial office, Latitudes.

The exhibition and publication Nicholas Mangan: Limits to Growth is co-produced by Monash University Museum of Art, Melbourne; Institute of Modern Art, Brisbane; and Kunst-Werke Institute for Contemporary Art, Berlin. The new commission, Limits to Growth (2016) is co-commissioned by Monash University Museum of Art and the Institute of Modern Art, and has been assisted by the Australian Government through the Australia Council, its arts funding and advisory body.