The Cuban-Venezuelan researcher and independent curator of culture and visual arts José Antonio Navarrete, former curator of photography at the National Museum of Fine Arts in Havana and head of the Division of Curatorship, Research, Education and Library of the Museum of Contemporary Art of Caracas Sofia Imber, among other things, publishes her new work: Escribiendo sobre fotografía en América Latina. Antología de Textos, 1925- 1970 (Writing about photography in Latin America. Texts Anthology, 1925-1970). 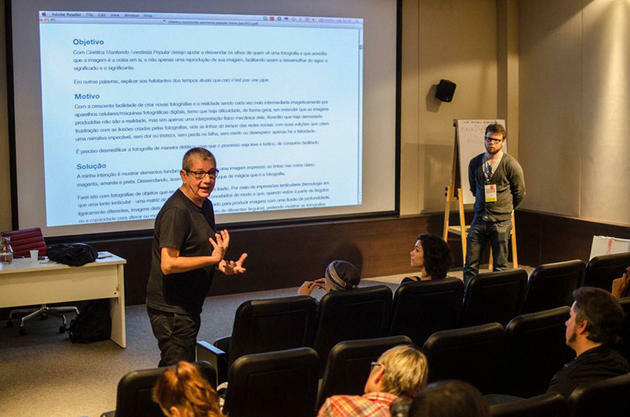 Not as an author, but rather as an editor -and author of the prologue-, the new book published by Jornadas: 12 publishing house consists of Navarrete’s texts selection related to Latin American photography. From 1925 to 1970 a whole of 42 texts covers an important period of the twentieth century.

The anthology brings together pieces from photographers and visual artists as well as journalists, writers, critics and researchers. In this way, Navarrete makes an extremely comprehensive vision of the photographic medium by approaching it from the various disciplines associated with it.

According to the publishing house explanation, "it is impossible to locate a dominant line in the historical process of Latin American photography, which can only be understood as the confluence and simultaneity, in each moment of its evolution, experiences -and, sometimes, movements. or traditions - varied, which are cut out against a shared background or repertoire of ideas ". Likewise, when speaking of Latin America, it must be taken into consideration that, although the geographic space consists of common features throughout its history, it is also characterized by the diversity and cultural richness that extends from Mexico to the south of Argentina. It is for this reason that the selection aims to demonstrate these thoroughness’s and how these common and unequal features were key factors in the history of photography and in the theorization of photography as a political, social, journalistic, artistic and intellectual instrument.