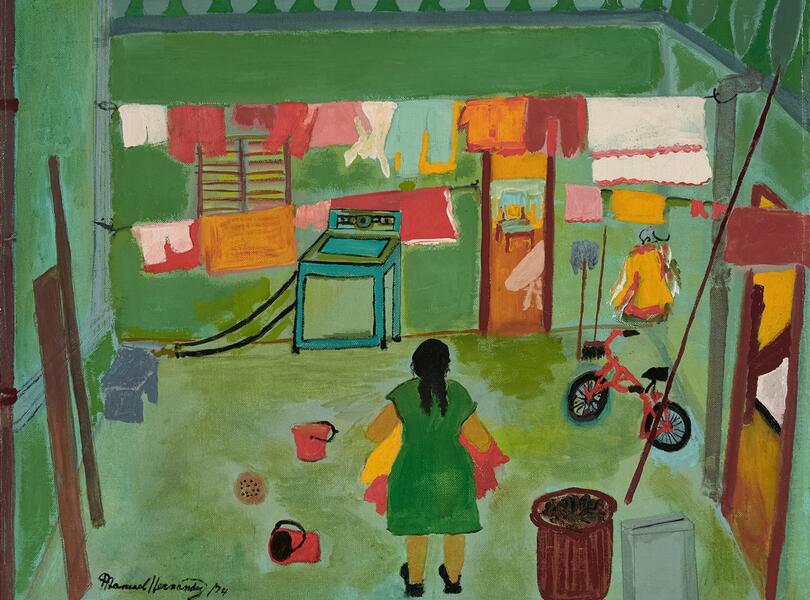 A part of America's Cultural Treasures, an unprecedented $156 million initiative by the Ford Foundation and partners, the grant will be distributed to the Museum over the next four years. This marks the single largest award to El Museo del Barrio since its founding in 1969.

"We, at El Museo del Barrio, are honored to be recognized by the Ford Foundation as an essential cultural institution for this unprecedented initiative, and to be included among esteemed colleagues, who join us in our commitment to shape the cultural narrative in America," said Patrick Charpenel, Executive Director of El Museo del Barrio. "A long-standing supporter of our mission to bring Latinx and Latin American art and culture to the audiences near and far, we applaud the Ford Foundation's commitment to support BIPOC-led and culturally-specific institutions. Our hope is that the exemplary leadership of the Ford Foundation will inspire the funding community to invest in our far-reaching work and communities."

El Museo del Barrio, founded by a coalition of Puerto Rican educators, artists, and activists, is the nation's leading Latino and Latin American cultural institution. The Museum welcomes visitors of all backgrounds to discover the artistic landscape of these communities through its extensive Permanent Collection, varied exhibitions and publications, bilingual public programs, educational activities, festivals, and special events.

The Ford Foundation is an independent, nonprofit grant-making organization. For more than 80 years it has worked with courageous people on the frontlines of social change worldwide, guided by its mission to strengthen democratic values, reduce poverty and injustice, promote international cooperation, and advance human achievement. With headquarters in New York, the foundation has offices in Latin America, Africa, the Middle East, and Asia.