Between June and October 2020, the Kunsthalle Basel (Basel, Switzerland) presents an individual exhibition of Deana Lawson as part of the international collaborations of the 34th Bienal de São Paulo. 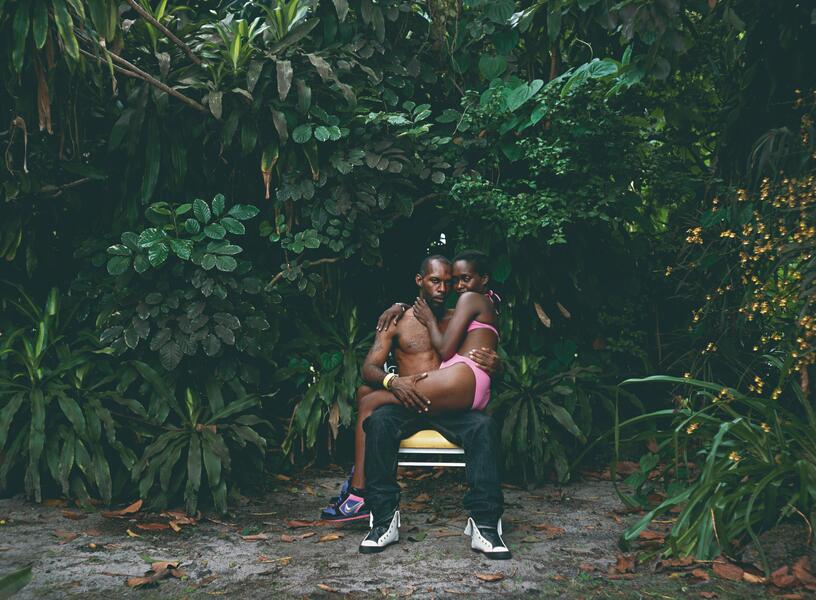 For the 34th Bienal de São Paulo, Lawson was invited to add another city to the already long list of places she has visited and photographed: Salvador, Bahia, one of the regions in Brazil where the presence of African rites, culture and music is more present. In a strongly authorial way, Lawson’s photographs, which frequently expand toward the theatrical and feature ritualistic objects or props, synthetize a historical and tragic but also fertilizing process of displacements and creolization, which in the context of the 34th Bienal is particularly significant – a historical context discussed at length in the writings of Édouard Glissant, one of the main literary and philosophical references of the exhibition.

Deana Lawson’s (1979, New York, USA) photographic work constitutes a unique, idiosyncratic and overwhelming portrait of the habits, lifestyles and rhizomatic cultural references of the African diaspora in her native US and around the world.

Her photographs are meticulously staged, yet profoundly intimate images, often based on drawings and sketches that she realizes before the actual shooting session. This careful preparation process, though, doesn’t lead to a predictable outcome, since a large part of the photographs are taken in domestic interiors where Lawson is entering for the first time, thus creating a feeling which is both slightly uncanny and voyeuristic.