Throughout 2020, through letters like this, the curatorial team of the 34th Bienal de São Paulo will make the reflections on the exhibition's construction public. This letter was written by Francesco Stocchi. 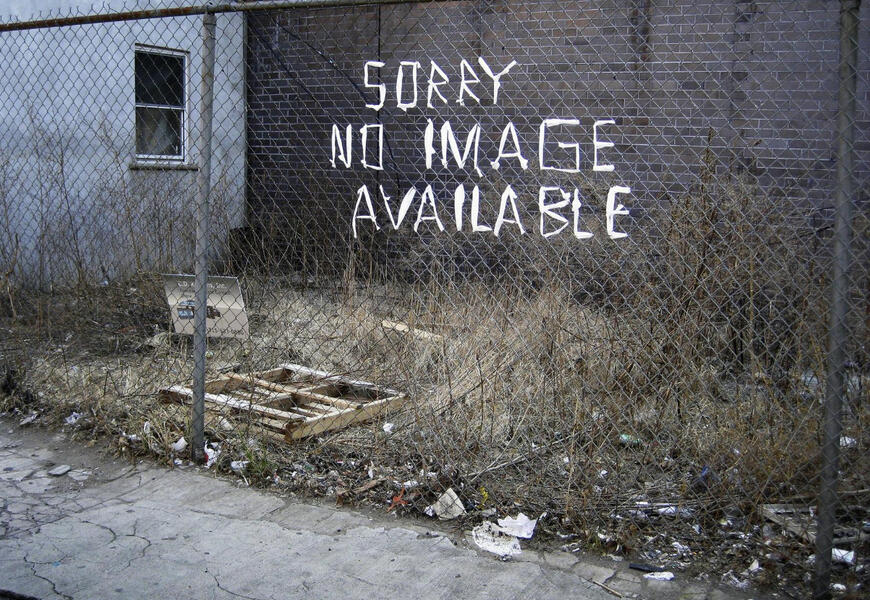 She had prepared the journey meticulously and patiently, as one does when anticipating something that one has desired for a long time. By now she felt she knew the city even before she had ever seen it and that she was familiar with the entire stretch of Nevsky Prospect. She loved to visualize it over and over in her mind: It starts from the Dvortsovaya Ploshchad or Palace Square, where the Winter Palace and the Admiralty stand on the banks of the Neva river, which gives its name to Nevsky Prospect. It goes east, crossing the Mojka River and the Griboyedov Canal, with the Kazan Cathedral on the right. After 600 meters the baroque facade of the Anichkov Palace overlooks the Fontanka River, spanned by the Anichkov Bridge, with its four bronze statues of The Horse Tamers, commissioned by Tsar Nicholas I from the sculptor Peter Klodt von Jurgensburg and installed in 1851. The avenue then continues to Vosstaniya Square, overlooked by the Moskovsky Railway Station and the central Leningrad Hero City Obelisk erected to commemorate the Russian victory in World War II. The avenue then bends slightly, in a south-easterly direction, and this final stretch, known as the Staro-Nevsky or “Old Nevsky,” ends at the Alexander Nevsky Monastery, bringing Nevsky Prospect once more to the banks of the Neva, after a total length of about 4.5 km.

Everything seemed so clear in her mind, as if she had already been to the city before actually visiting it, but in addition to the precise images that had formed over time, she felt she had been plunged into the genuine living atmospheres of Nevsky Prospect. She dreamed of being Nastenka in Fyodor Dostoevsky’s White Nights (1848), immersed in the silent midnight light.

Instead, once she arrived there – the real place where her perceptions finally prevailed over her dreams – she felt lost. What she saw did not coincide to what she knew. She was in a space that she knew by heart but that she no longer recognized. Could she really believe what she was seeing? The big shops of tailors and artisans had now become souvenir stores, there were very few signs in Cyrillic, and the shop-window displays looked just like those she was familiar with at home. The market economy had made everything more familiar, homogeneous, innocuous, and therefore alien to the exotic scenes that she had expected to find. The location was exactly the same, but it had been dressed up to create another new image. She lost herself in the metaphysical exercise of trying to preserve the ideal place in her imagination. We need the distance, remote and unreachable places that will never be discovered. We need the desire for discovery and the sense of the unknown to feed the fear that confirms to us how much our city life is the best choice.

After all, ideal cities are never really experienced or lived in, they become faded mental daguerreotypes of the Renaissance concepts elaborated by Leon Battista Alberti. The ideal city of Piero della Francesca was just a fantasy, like those painted by Giorgio de Chirico. Perhaps even Enea Silvio Piccolomini always saw Pienza as essentially the same old place where he was born: the battered village of Corsignano, which he transformed into a vast work of urban art when he became Pope Pius II. Brasília, planned by Lucio Costa, with the monumental buildings of Oscar Niemeyer, who was guided by the rationalism of Le Corbusier, was supposed to regenerate a desolate plateau between the two states of Goiás and Minas Gerais, and liberate Rio de Janeiro from the burden of being the country’s capital. Its worst nightmare is that it might end up like Zora, one of the “invisible cities” in Italo Calvino’s book Le città invisibili (1972): “forced to remain motionless and always the same as itself, in order to be better remembered, it languished, disintegrated and disappeared.”

Chandigarh is the ideal city conceived by Le Corbusier in 1950, which Nehru wanted as the capital of the state of East Punjab and which has been the capital of Haryana and Punjab since 1966. It has lost or perhaps it never even acquired the spaces that should rationally regulate human life according to the philosophy of the great Franco-Swiss architect, although it still appears to be an open-air museum dedicated to him. Its glacial beauty has given way to a full-bodied reality, because India appropriated it long before globalization appropriated India.

Last December Kim Jong-un, the leader of North Korea, officially inaugurated Samjiyon, his ‘ideal city,’ one of the country’s most important urban development projects, which the broadcasters of the regime dubbed the “epitome of modern civilization.” According to the state news agency KCNA, the city, with a ski slope and a sports stadium, will accommodate 4,000 families, but the NGO The National Committee on North Korea points out that this new town will be in stark contrast to the rest of the country, where the population lives in poverty, suffering from endemic shortages of food, electricity, running water and other basic necessities.

Whereas in the past ideal places were formed more or less autonomously in the mind, to create a sort of internal geography, today they are often based on the realism and precision of the deluge of images that circulate online or are produced by virtual reality, to the extent that we are starting to lose touch with reality as it is actually experienced, and are increasingly unable to harmonize our mental images with it. The technologies that generate the increasingly clear and detailed images which complement or substitute our own imaginations are growing ever more sophisticated, giving us the illusion that we don’t need to actually visit a place in order to know all about it, or suggesting that the best way for us to respond to the constant onslaught of visual information is by celebrating it and supplementing it, perhaps by taking and uploading a selfie which can certify and confirm our real presence in a place.

But what does a place that does not produce any clear images in our minds really look like? To what extent can we say that such places actually exist and to what extent do they only belong to the realm of the imagination, just like ideal places? Or perhaps places which exist only in our beliefs until the discovery of their non-existence, just like Bermeja. If there are such places, should we consider them as all the same, for as long as they remain hidden in the darkness of our non-awareness? After all, when we hear their names it does not conjure up any images for us. It does not create a reverberation in our mind, and we have to make an effort to imagine the appearance of these places, while asking ourselves how they can exist without any corresponding representation.

Perhaps we need to visit these ghost places in person, because it is worth discovering something that is completely different from what we would have imagined, if for no other reason than to free ourselves from the deception of our mental projections. These places are often genuine agglomerations of contrasts. They may be devoid of a coherent identity, and can be uninteresting, even to the people who live there, but our preconceptions are exorcised when we finally encounter them, and the contrast between the real signifier and the false or partial signified can be reconciled and harmonized.

A succession of island groups known as the Ryukyu Islands curves south-west from the Japanese island of Kyushu towards Taiwan. These are the Ōsumi, Tokara, Amami, Okinawa and Sakishima islands (the latter include the Miyako and the Yaeyama islands), with Yonaguni the westernmost island of all. The larger islands are mostly volcanic, while the smaller ones are mostly coral. Okinawa is the largest of them all. Many issues regarding the historical significance of these islands are destined never to be understood and many arguments will never be resolved, since a substantial number of primary sources and archives of the ancient Ryukyu Kingdom were destroyed in 1945. The history of the Ryukyu Islands is that of the numerous and varied populations of an outward-looking kingdom that constantly sought to create a balance between its large and powerful neighbor states. The people had a flexible easy-going nature. Approachable and amiable, they were open to friendly overtures, but they could be very stubborn in their resistance to undesired and unexpected change.

The most noteworthy feature of their history was their acceptance of two different cultural models and their voluntary submission to them. The basic structure of their society and language indicate that the people of these islands were originally imbued with the ancient civilization of Japan. Nevertheless, China soon became a vital reference point and for 500 years the islanders paid tribute in taxes to the Chinese court in exchange for a privileged relationship, with beneficial trading agreements. However, for at least 300 of these years, the kingdom then reaffirmed its connections with Japan and undertook some strong obligations to it. Thus a cultural and social contrast between submission and identity gradually developed, as the Ryukyu Kingdom obeyed a new power while continuing to emulate another. Japan has now taken the place that China formerly had as the focus for the spiritual identity of the islanders, while their economic life and government are controlled by the United States. They are thus suspended in a perpetual contrast, balance and exchange of different influences, and perhaps this is why they have been unable to form an image of themselves over time.

This aesthetic distance, fecund ground of imagination, inventiveness and dreams, has now being violated out of the necessity to adapt to the current, unprecedented times of Covid-19 pandemia. The fourth wall has been broken, unveiling a midst of reality and fiction, projection and representation, as living a verfremdungseffekt. Walking through the cities has become a meta-fiction experience between isolation and idealization, feeling like Littlechap in Stop the World I want to Get Off. For once and for real “the world has stopped”.

After all, as Calvino reminds us, “cities, like dreams, are built up of desires and fears.”